Hemp Homes: cooler, safer building could be in Arizona’s future 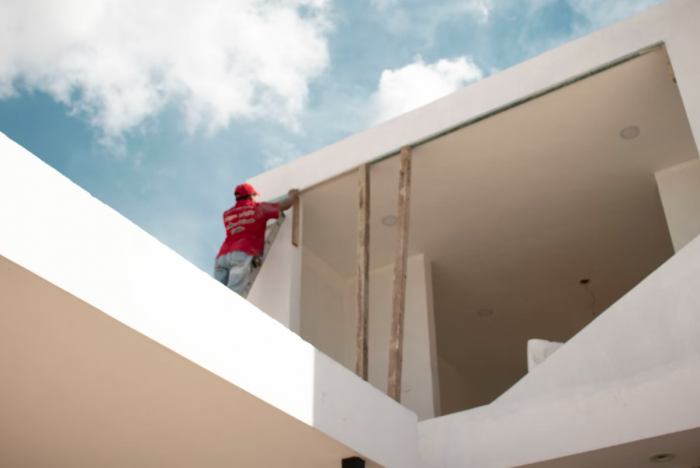 TUCSON - A house that basically heats and cools itself, doesn’t catch fire, and helps reverse climate change may sound too good to be true.

That’s what Tucson general contractor Micaela Machado hears from people when she describes homes made with hemp lime.

”You can grow a two thousand square foot home on four acres, in one season, which is four months,” Machado said. “You can heat and cool it so easily, especially in a place like here in the desert, it’s just a whole lot less energy to heat and cool your house.”

Machado mixes hemp stalks with lime and water and shapes it into bricks. No, this is not the kind of hemp that creates a high. There are thousands of varieties of cannabis, and industrial hemp must have less than three-tenths of a percent of THC, the psychotropic chemical in marijuana.

Hemp cultivation became legal at the federal level with the 2018 Farm Bill.

“There’s a total stigma to it still, because it’s cannabis, but people don’t understand, it’s not a smokable cannabis,” said Machado.

The bricks are not structural. They go inside a lumber structure, in place of materials such as sheet rock or insulation. Non-corrosive hemp rebar is also gaining high ratings and popularity as a way to strengthen structures.

The technique is not new. Builders used hemp in China’s Great Wall, in the Pyramids of Giza, and more recently, to preserve objects at London’s science museum.

Machado believes it’s a great fit in Arizona, too: it gets stronger over time, resists pests and fire.

Machado is also a mom, and says that makes her so passionate about safer housing, she started Old Pueblo Hemp Co. to build it herself.

”I’m building this all for them,“ she said.

It’s our oldest cultivated crop and it lasts a long time. So why have we not heard more about it?

Bruce Laird, who grows and researches industrial hemp at Avra Valley Growers, said it’s the chicken and the egg: industrial hemp can’t move forward without nearby processing, but Arizona processors need funding to get started.

“Ultimately, when it gets to the point where we are processing enough not just here in Arizona but across the country, we’ll be able to build carbon negative structures,” Laird said.

Just last week, Pennsylvania became the latest state to approve funding to support industrial hemp. Laird is hoping Arizona lawmakers also will see it as an attractive and responsible investment, as hemp uses less water than other Southern Arizona crops and regenerates the soil.

“Once the structures are built, they continue to sequester carbon, they’re fireproof, they won’t rot or mold,” Laird said.

Machado agreed, that could be good news for Southern Arizona’s future.

“If we can grow our own building material, that could put Tucson on the map as one of the most sustainable cities in the U.S,″ Machado said.