How to Have a Weed-Fueled adventure in Phoenix, Arizona 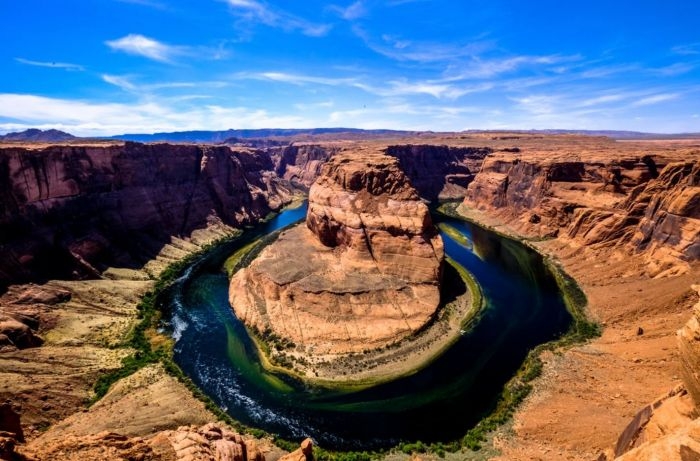 The cannabis scene in Arizona is poppin’.

There may not be the flash of Las Vegas dispensaries, but there’s unique destinations like the cannabis consumption-friendly Clarendon Hotel and a Scottsdale-Tempe location of Sunday Goods dispensaries that offers complimentary kombucha, cold brew, and drive-thru service.

Phoenix event producer Cloth + Flame throws beautiful gourmet cannabis dinners in the desert, The state is booming in itself—multiple Arizona cities and towns are among the fastest growing in the nation.

One woman at the center of this burgeoning scene is Lilach Mazor Power, a local dispensary owner with multiple cannabis brands who’s been an active leader as vice president of the Arizona Dispensaries Association. Originally from Israel, Power moved to Arizona in 2006, initially working in the restaurant and food and beverage industry as a bartender, bar manager, then managing a catering company.

In those days, cannabis wasn’t really a part of her life. Power would typically accept when others offered, but she didn’t yet have her own personal relationship and rituals with the plant. By 2010, she’d just had her first baby and was in the midst of trying to start her own business.

“I’d always wanted something of my own, and as I heard of more and more people going to the ER for chronic pain issues, I was inspired to open a sort of east-meets-west wellness clinic,” she explains. “I believe in western medicine, but people should know there are other things out there to manage pain. I’m from Israel where a lot of cannabis studies originated, and I’ve always known of its medical properties. I knew this could be my answer to my own business.”

Power realized her wellness center dream and then some, getting a vertically integrated license in the medical program that allowed them to grow, process, sell, and deliver from her shop, the Giving Tree, as well as launching three cannabis brands since then: medicinal-leaning capsules and topicals by Kindred Cannabis, pre-roll brand Sneakers and Revelry—a collection of products made for menopause—all of which are made from plants grown, harvested and processed in their north Phoenix community.

As a cannabis entrepreneur of 10 years and a proud Arizonan, Powers is the ideal uide to buying and enjoying cannabis in Phoenix—a city that, in her eyes, is special for its particularly collaborative cannabis community.

“I sit on a board with executives of some of the largest cannabis companies in the world, who work side-by-side with me for the common goal of elevating our industry and protecting our consumers. I haven’t seen that in any other market,” she explains. Here is Power’s guide to making the most of a cannabis-fueled adventure in Phoenix.

Where to shop for cannabis in Phoenix

“As an independently owned dispensary, we know our most important differentiator at The Giving Tree is our people. The dispensary team is friendly, knowledgeable and passionate about the plant, and they listen carefully to truly care for every customer who visits.

If you find yourself on a day trip north, I like to recommend Noble Herb dispensary in Flagstaff, and if you’re headed south to explore Tucson, I’d recommend Botanica.

There are a lot of brands worth exploring, but the short list of Arizona cannabis brands to try would be Pure, Jukebox, and Grow Sciences. For any accessory needs, Bud’s Glass Joint in downtown Phoenix is a can’t-miss shop. They carry exclusively Arizona blown glass and water pipes.”

Where to go when you get the munchies

“Grab the avocado toast at Berdena’s for breakfast or enjoy a boozy lunch at Postino, and when you end up downtown, Pizzeria Bianco is worth a stop.

If you’re celebrating a special occasion, be sure to try Elements at the Sanctuary, Café Monarch, or Quiescence at the Farm.”

Where to enjoy your high

“Hiking is an absolute must. Besides the once-in-a-lifetime experiences of seeing the Grand Canyon, Horseshoe Bend, or Antelope Canyon, you can take in the awesome views along Mormon Trail and Camelback Mountain. Locals and visitors alike also love cooling off by tubing or paddleboarding down the Salt River.

Be sure to make time for Old Town Scottsdale. By day, it’s an interesting place to shop or grab brunch. By night, it’s the destination for dinner, drinks and clubs like the cannabis-friendly Wasted Grain. Downtown Phoenix has become a canvas for so many talented street artists and muralists. It’s also home to the Heard Museum and the Phoenix Museum of Art.

One last note: The Arizona sun is no joke. Don’t be that tourist that requires a helicopter rescue because you didn’t plan ahead. Check the weather forecast, pack more water than you think you’ll ever need, and wear sun protection.”