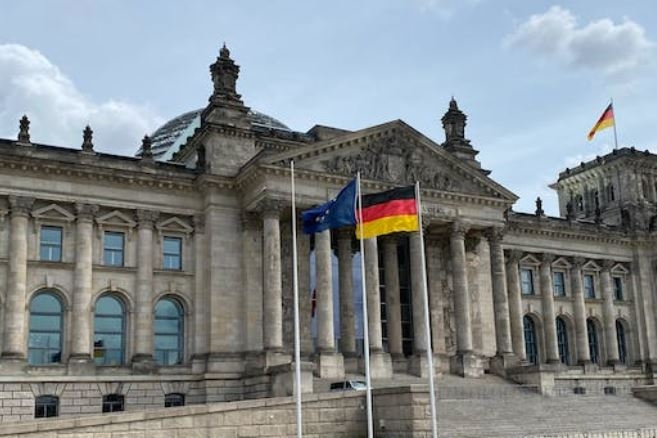 BERLIN - A senior German opposition official lobbied the European Union executive branch on Wednesday to block the government’s plans to decriminalize the possession of limited amounts of cannabis and allow its sale for recreational purposes.

Germany’s health minister unveiled the legalization plan last month but said the government would check with the European Commission whether the plan is in line with EU laws. Minister Karl Lauterbach said it would proceed with legislation “on this basis” only if it gets the green light.

The health minister in Bavaria’s conservative-led state government, Klaus Holetschek, met the EU’s director-general for migration and home affairs in Brussels on Wednesday to urge an EU veto.

Holetschek said he told the EU official, Monique Pariat, that “the German government’s planned cannabis legalization doesn’t just endanger health, but I am convinced that it also violates European law.” He argued that two EU agreements oblige Germany and other member countries to criminalize the production and sale of drugs such as cannabis.

The government’s plan calls for cannabis to be grown under license and sold to adults at licensed outlets in an effort to combat the black market. Individuals would be allowed to grow up to three plants, and to buy or possess 20 to 30 grams (about 1 ounce) of marijuana.

Lauterbach, the federal health minister, has said that the new rules could serve as “a model for Europe.”