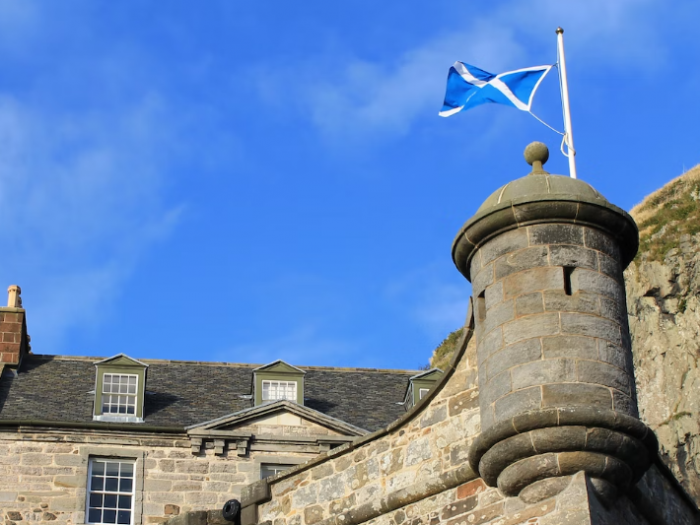 Industrial hemp is a type of cannabis grown specifically for industrial or medicinal purposes and can be used to make a wide range of products. It contains low levels of tetrahydrocannabinol (THC), the principal psychoactive constituent of the drug version. Along with bamboo, hemp is among the fastest growing plants on earth, giving it strong green credentials.

Hemp was once widely grown in Scotland, with cultivation dating back more than 6,000 years, but the practice dwindled in the past 50 years or so. Today the crop has many uses, including offsetting carbon dioxide, as a food and as eco-friendly fertiliser and pesticide. It is currently being used in building materials, as a biofuel, textile fabric, CBD oil and even as a biodegradable alternative to plastic. As a food source it is high in protein, fibre and micronutrients, as well as having an exceptional fatty acid profile.

Now the findings of a new report – a collaboration involving the University of Aberdeen’s Rowett Institute and Scotland’s Rural College (SRUC), partnering with the Scottish Agricultural Organisation Society and the Scottish Hemp Association – suggest Scotland's agricultural sector, one of the biggest sources of climate-warming greenhouse gas emissions, could become carbon neutral by cultivating the crop.

Researchers analysed the supply chain for hempseed and fibre in Scotland using data collected from farmers across the country. The study, funded by the Scottish Government, found the supply chain for Scottish-grown hemp is underdeveloped with no well-established routes to market, while threats such as low profitability, lack of support, weather limitations and stringent legislation are limiting its development.

Joint report author Dr Wisdom Dogbe, of the Rowett Institute, said: “We know that world production of industrial hemp has been on the decline since the 1960s due to an unfavourable political climate regarding the cultivation and use of the crop as well as legislation. However, the hemp plant has the potential to be a cost-effective, carbon neutral, and environmentally friendly crop for farmers.

“The UK is among the top five countries launching hemp-based products in the world. The majority of the products launched are in the category of snacks, nutritional drinks and beverages, health care, breakfast cereals, and baked goods.

“The top five facts associated with hemp-based products are that it has low, no, or reduced allergens, is vegan, gluten-free, vegetarian and can be grown organically. It truly has the potential to be a cost-effective product bringing both health and environmental benefits.”

Professor Wendy Russell, also from the Rowett Institute, has worked with farmers to support hemp production in Scotland. She added: “We have already demonstrated the health benefits of this important environmental crop and will continue to support our farmers and processing sector on this exciting journey. Hemp oil, which has an optimal ratio of omega fatty acids, has already been produced in Scotland, but this report also demonstrates the wider societal and economic potential of hemp production in Scotland."