What would recreational marijuana mean for West Memphis dispensaries? 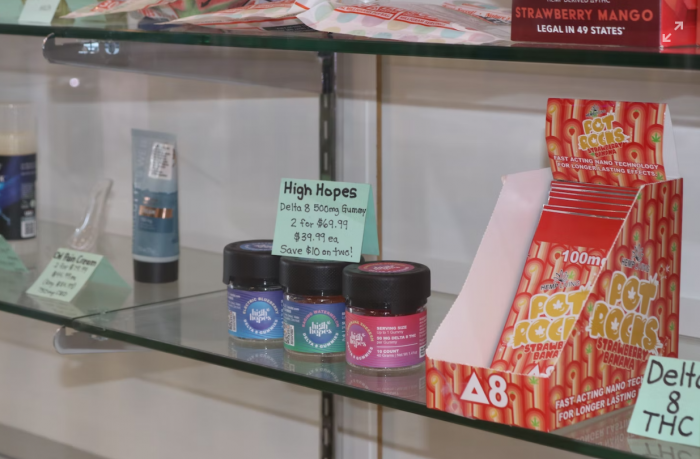 "I can pretty much say the game plan for every existing dispensary is to expand," Greenlight West Memphis General Manager Tim Moore said.

WEST MEMPHIS, Ark. — With 900,000 people living across the river from West Memphis in Shelby County, medical marijuana dispensaries are bracing for a boom in business.

If Issue 4 passes, then dispensaries across Arkansas, like Greenlight in West Memphis, will see an uptick in sales. General Manager Tim Moore said they're ready.

"I can pretty much say the game plan for every existing dispensary is to expand," Moore said. "With the opening of recreational use, right now, we're only serving our medical patients. Even in-state, opening those doors will double business."

Moore and his team at Greenlight are taking a look at the projected numbers every day, but still don't know exactly how much could start pouring in if voters say yes to recreational marijuana on November 8.

"We can only look at other states as kind of front runners in this, but we don't know how big this will be," Moore said. "Since regulations change per state, the amount you can buy and things like that, we don't have hard projections until this is active."

If the new legislation passes next month, experts expect a nearly 200% increase in sales. That means cultivators in the state are going to have to expand their operations.

"The cultivators we have now are pretty much the same cultivators we are going to have in the future," Moore said. "They have expanded tremendously. They have actually got the ball rolling earlier in the year. We have the six (cultivators) and each dispensary has the ability to get a license to grow."

While the ballot issue has a 60% approval rating, some are still concerned about the impact this could have on the community. Moore has a message for those Arkansans.

"With an open heart, let's start here, and let's finish together," Moore said. "We might not start at the same starting point, but let's see where this thing ends up. Marijuana has been medically legal in Arkansas for a little over three years, so this isn't a new industry for the state."

"With that, millions of taxes have gone into schools, roads, infrastructure, law enforcement (and) things like that," Moore continued. "When we enjoy the benefits on one side and then we complain about it, we kind of have to find that common ground."

If Issue 4 passes, Arkansans will still not be able to use marijuana in public places, but they can use it in private areas.