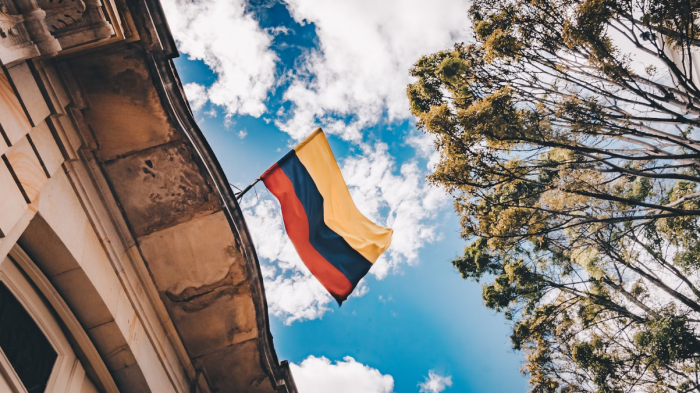 A legislator in Colombia, Liberal Rep. Carlos Ardila, proposed a cannabis bill that passed in the First Commission of the House of Representatives on Oct. 4.

“With 31 votes in favor and 2 against, the #FirstCommission of @CamaraColombia approved, in the first debate, our draft legislative act to regulate cannabis and guarantee tax revenue for municipalities, districts and departments. #OpportunityForTheRegions #RegulateNow,” Ardila wrote on Twitter.

“The bill would establish regulations and taxes for legal cannabis sales, and set up a support system for revenue to be shared among local cities as well as health, education and agriculture. If passed into law, it would amend Article 49 of the Constitution, which is necessary, in terms of cannabis, almost the first step that must be taken, because the political prohibition is consigned there,” Liberal Rep. Juan Carlos Losada told RCN Radio.

Article 49 gives all citizens the right to health care, which it is the responsibility of the government to organize. “Public health and environmental protection are public services for which the State is responsible. All individuals are guaranteed access to services that promote, protect, and restore health,” the constitution states. However, it does also add that “the possession and the consumption of narcotic and psychoactive drugs is prohibited, except for medical prescription.”

According to Ardila, adult-use cannabis taxes would have constitutional protection, and “should be allocated exclusively to municipalities, districts and departments.”

In reference to the three pillars of support, health, education and agriculture, Ardila would see cannabis tax funds support the country’s people. “Here we propose that it be the Ministry of Finance or the Government, which collects these resources and then turn or transfer them to the municipalities so that they attend to the negative impacts of cannabis,” Ardila said.

Colombian President Gustavo Petro, the country’s first leftist president, took office in August. During his inaugural address he criticized the failures of the War on Drugs and called for a new strategy to target illegal drug trafficking. In September, he called on Latin America to end the conflict. “I propose to you as President of one of the most beautiful countries on Earth, and one of the most bloodstained and violent, to end the War on Drugs, and thus allow our people to live in peace,” Petro said in his speech.

“The War on Drugs has lasted 40 years. If we do not correct the course, and this continues another 40 years, the United States will see 2.8 million die of overdoses, which is not produced in our Latin America,” Petro said. “You will see millions of African Americans be imprisoned in their private prisons. The prisoner will become a business of prison companies.”

In July 2021, former President Ivan Duque signed legislation to legalize medical cannabis for export in Colombia. “Colombia starts to play big, and with this decree we are putting ourselves at the forefront in terms of regulatory competitiveness, at least in Latin America and the Caribbean,” Duque said. “We are opening the space to do much more in cosmetics…food and beverages and even textiles.” Colombia initially approved legislation that regulated cannabis products in 2016, but dried flower export was still prohibited.

Meanwhile, the hemp industry continues to thrive. Former NBA Detroit Pistons athlete Isiah Thomas owns a hemp company called One World Products (based in Las Vegas, Nevada, but with operations in Colombia), where it recently received $10 million in financing. “We are delighted that our newest institutional investor clearly values the vision and tremendous growth potential that we see for OWP,” Thomas said. “Their second equity investment provides additional capital that will be used to continue to scale our operations in Colombia, enhance industrial sales of hemp products to customers and expand our carbon credits program.”