Minnesota medical marijuana company sues state, seeks to sell some of its edibles on open market 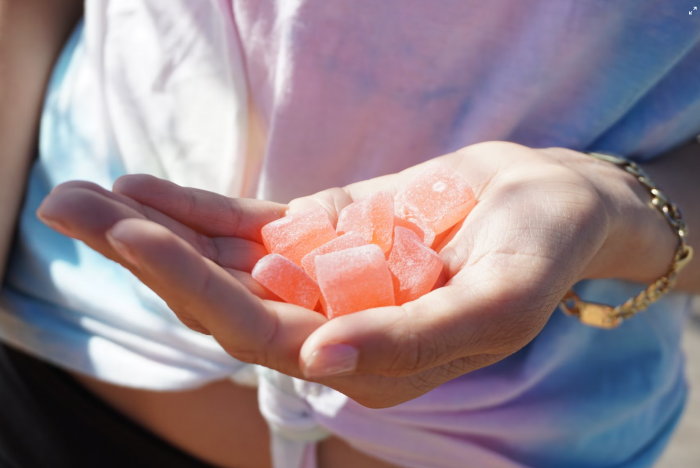 Minnesota's new hemp-derived THC edible law is facing its first major legal challenge from one of the state's medical cannabis companies, which claims it should be able to sell its "chemically identical" marijuana edibles on the open market.

The lawsuit filed by Vireo Health last week claims the company's constitutional rights are being violated since its products remain illegal for those outside the state's medical marijuana program. If a judge rules in the company's favor, its marijuana edible products could be legally sold to Minnesotans 21 and older as long as they contain no more than 5 milligrams of THC per serving and 50 milligrams per package.

"Vireo would have to drastically change its business model to incorporate hemp and hemp-derived edibles," the suit states. "From a constitutional standpoint, Vireo should not have to change its business just to be treated equally with sellers of products that are identical to the products Vireo is already selling."

THC, the main intoxicating compound in cannabis, has the same effects whether it comes from hemp or marijuana, but the law treats the two cannabis varieties differently.

Hemp and marijuana are the same plant, except that state and federal law defines hemp as containing less than 0.3% THC. Hemp-derived THC is typically converted from CBD, which is found in ample quantities in hemp.

Since July 1, edibles and drinks containing up to 5 milligrams of hemp-derived THC per serving and 50 milligrams per package are legal in Minnesota for those 21 and older.

Steven Brown, owner of the store Nothing But Hemp and president of the Minnesota Cannabis Association, said Vireo Health can start its own retail brand selling hemp-derived edibles, separate from its medical cannabis business, whenever it wants.

"I think what happens is when these big behemoth companies come in, their whole goal is to just basically take over the entire market share," Brown said. He added that he thinks the state's two medical cannabis makers will lobby against the hemp industry during next year's legislative session.

"We are preparing for their opposition," Brown said.

The lawsuit may be the first major legal test of the THC law, which passed somewhat unexpectedly at the end of the legislative session this spring.

The lawsuit targets the Minnesota Department of Health, the Office of Medical Cannabis, the Attorney General's Office and the state's largest counties.

A spokesman for the Minnesota Department of Health, which houses the Office of Medical Cannabis, declined to comment on the pending lawsuit, and the Attorney General's Office said Monday it is still assessing the suit.

The lawsuit attacks the state's lack of regulation for hemp-derived edibles compared to the medical market, but ultimately asks only for Vireo to be allowed to openly sell its strictly vetted marijuana-derived products that otherwise meet the law's limits.

"We believe such a ruling will protect Minnesota's established medical cannabis and hemp programs and better protect patients and consumers," Vireo Health said in a statement. "Testing requirements [for hemp products] are inadequate to ensure the products being sold have the proper levels of THC, are accurately labeled and are free of harmful impurities and contaminants."

"Is there a rational basis for treating these two groups differently?" he said. "On first glance I'm not seeing it, and I'm seeing the reason for the complaint — I think it must be very frustrating for the medical cannabis providers to see what's going on."

Vireo and RISE Minnesota are the only two companies allowed to manufacture and sell medical cannabis in the state.

Vireo's parent company posted a loss of $20 million in the first half of 2022.

Susan Burns, an attorney who works with clients in the cannabis industry, said she believes Vireo's legal arguments are flimsy, disingenuous and motivated by money.

"I think the real issue here is that it cuts into their market share," Burns said of the newly legal hemp-derived edibles being sold across the state. "If they want to open up a hemp-derived retail business, why don't they do that?"