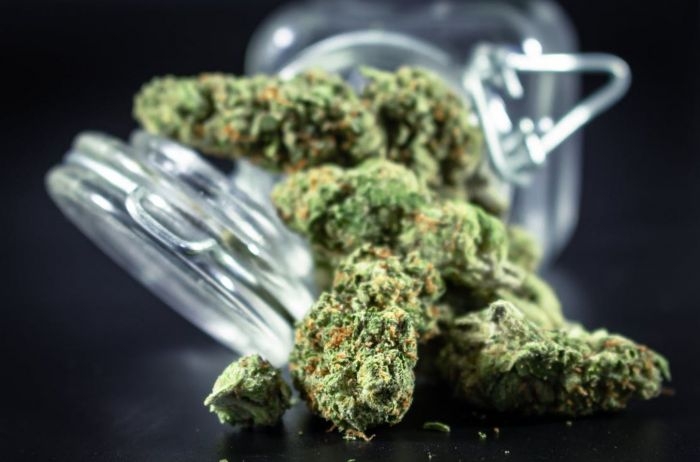 "Still no indication at this point that we're gonna have the licenses issued and granted anytime in the near future, unfortunately," says Allen Peake

MILLEDGEVILLE - This time last year, there were hopes that medical cannabis production and distribution offices would be opening in several spots in Central Georgia and around the state, like the one on Central State Hospital grounds in Milledgeville.

Since then, complaints about the selection process and legal threats to the state threw off the whole schedule.

13WMAZ’s Jessica Cha explains where we stand now. "We're obviously disappointed that this delay is costing jobs and earnings not made this year,” says Walter Reynolds, interim executive director of the Central State Hospital Redevelopment Authority.

Reynolds says they sold a 100,000 square foot building on their property. The licensees for a new medical cannabis processing plant planned to set up there, bringing over 100 jobs.

Now, they're in limbo. "Say that licenses were approved tomorrow. I estimate that it would probably take no less than six to eight months to turn around the facility and make it ready for production,” Reynolds explains. He says it's just a waiting game now.

"Extensive capital has been invested and probably expended to some degree on the potential project, and I'm sure that they're just as eager as the rest of us for this to come to fruition,” Reynolds says.

Allen Peake is a former Republican state representative. He says, "Still no indication at this point that we're going to have the licenses issued and granted anytime in the near future, unfortunately.”

He says the reasons behind the delay in medical cannabis production are because of lawsuits.

The state gave out only six permits for medical cannabis processors last year. Peake says that anyone was welcome to apply, and almost 60-70 groups did, including his own company Cannatol, which provides cannabis oil to those with debilitating illnesses.

He says that 20 groups who weren’t awarded the cultivation licenses got left out sued, complaining about a lack of fairness and transparency.

“We hadn't even gotten to step one yet of granting the licenses, and so that's what's been really painful to watch through this entire process,” he explains. Peake says that his company also did not receive a license, but chose not to be a part of the lawsuit because he knew that it would slow down the approval of these permits.

He says he’s been fighting for the legalization of medical marijuana since 2015, and says delays cause suffering.

"Whether it's the grandfather with Alzheimer's, or the soccer mom with breast cancer, while it's frustrating for me as an advocate, it's even more frustrating for Georgia citizens who continue to live with pain on a daily basis and don't have the opportunity to improve their quality of life,” he explains.

Peake says he has hopes that change is coming soon as Governor Brian Kemp put a new person in charge of the board over the process.

He also budgeted $150,000 to speed up the court hearings, but for now, everything remains on hold.