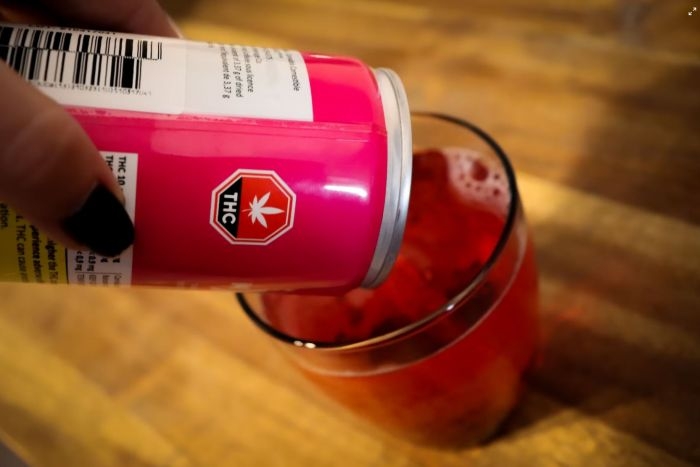 Businesses are jumping into the THC beverage game with enthusiasm.

However, after DFL state lawmakers quietly pushed through a THC regulation measure before the end of the legislative session in May, Dayton's team decided to launch two versions of "Trail Magic," a THC-infused beverage with three milligrams of hemp-derived Delta-9 THC. It went live in late July.

"We didn't have a grand plan for 'Trail Magic' before the law passed," Dayton said, noting that his company turned the brand around in a span of about 18 days. "We're the first -- as far as we're aware -- the first bar or restaurant [in Minnesota] to sell a THC beverage alongside alcoholic beverages."

But they have plenty of company now in the Twin Cities, as businesses rush to take advantage of the new law that took effect earlier this summer.  Tom Whisenand, the CEO of Indeed Brewing Company, launched a new THC seltzer product named "Two Good" on Monday -- and sold 50 cases on the first day.

"People have questions: How does it feel? What does it taste like?" Whisenand said. "But people are excited and curious."

Whisenand said he's been thinking about this idea for a long time. In fact, in 2019, Indeed released a CBD non-alcoholic seltzer named "Lull," but the state asked them to stop because of a gray area in the law. Now, four years later, the law on THC-derived hemp provided a path for the "Two Good" THC seltzer product.

"We always thought, 'Gosh, if someday, they legalize cannabis in the state, or legalize THC, it would be really easy for us to go ahead and make something like that,'" Whisenand said. "So, we saw the law pass through this spring, and we're like, perfect. We're ready to go. Dust off that recipe book from before with Lull and adapt it with this new kind of product." Whisenand said he's only offering "Two Good" to-go right now, since he's unclear of how the law works. He's awaiting further regulations from the state.

"There's some question, if you're going to be serving another sort of, psychoactive, next to alcohol, does that enhance the danger at all? So we're going to kind of keep tabs on that," Whisenand said, "and see what becomes the industry norm."