What is social consumption of cannabis, and when will it start in Massachusetts? 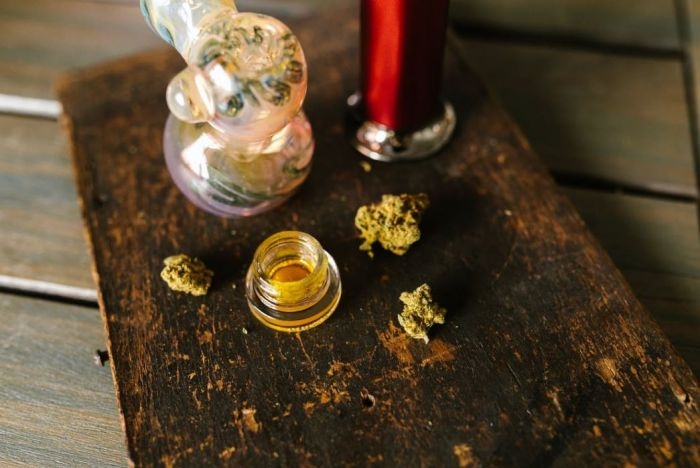 In the final hours of the legislative session in late July, Massachusetts lawmakers passed a sweeping cannabis bill aimed at boosting the industry. One of its provisions: tackling social consumption.

Once the bill becomes law, cannabis cafes will be one step closer to being able to open in the Bay State.

What is social consumption of cannabis?

Social consumption refers to being able to use cannabis on the premises where it was purchased. In other words, these establishments will be like bars, but for cannabis instead of alcohol. Instead of a pitcher of beer, customers can enjoy a blunt on a patio with friends at a cannabis lounge, or they can order an edible at a restaurant.

Businesses will have to be licensed marijuana social consumption establishments, and they'll have to be located in a city or town that has chosen to allow them. They can sell a variety of products from vapes to flowers. Right now, none of the state's existing dispensaries can allow a customer to actually consume cannabis on-site.

Does this mean people can smoke cigarettes indoors?

No, according to the law, “tobacco shall not be sold, smoked, vaporized or consumed at said establishment.”

Why is it taking so long for these social consumption businesses to launch?

Social consumption was legalized alongside recreational marijuana sales as part of a ballot question in 2016. But six years later, none of these businesses exist in in Massachusetts.

Why? The law required cities and towns to poll residents on whether to allow these sites. It was written to say that a community referendum had to occur, with at least 10% of voters having signed a petition supporting social consumption. This would trigger a vote that would occur during a biennial state election. The law said that the petition had to conform "to the provisions of the General Laws relating to initiative petitions at the municipal level."

Sound unfamiliar? That's because, except for a few cities, Massachusetts doesn't have provisions relating to initiative petitions at the municipal level, and so there was no way for people to bring the petitions that would trigger the vote that was necessary to allow social consumption sites.

What did the new legislation change?

This new cannabis legislation resolved this mix-up by ensuring local initiative petitions have proper procedures. Municipalities now have alternative options as well — they can approve social consumption sites by passing a by-law or ordinance.

So can a cannabis cafes open tomorrow?

Social consumption never moved forward because of the snafu in the law. Now that it's resolved, the Cannabis Control Commission, which regulates adult-use and medical cannabis in Massachusetts, will decide how businesses

The commission's first step will be to review the regulations around social consumption it developed in 2019. Back then, the board planned to set up a pilot program for social consumption licenses in 12 municipalities, and then they would use these sites as a case study for statewide implementation. Concerns around setting up these businesses include preventing underage access, avoiding impaired driving, and standardizing serving sizes for edible marijuana products.

However, the Cannabis Control Commission can tweak this plan, especially as it gains insight from other states that are moving forward with social consumption.

So when will the first social consumption businesses launch?

It’s too difficult at this point to determine a timeline, according to Shawn Collins, executive director of the CCC. The commission must review the law, identify communities for the pilot, develop an application, evaluate the applications, approve them and then build and inspect facilities.

However, there is a pre-certification process currently available, which will allow interested entrepreneurs to begin setting up these businesses.

Why is social consumption an equity issue?

“Despite the fact that you can purchase legally, it doesn't mean you can consume legally,” Collins said. “Equity is certainly at the forefront of just the access to a safe place to consume.”

Creating social consumption sites will give all adults the ability to legally consume cannabis.