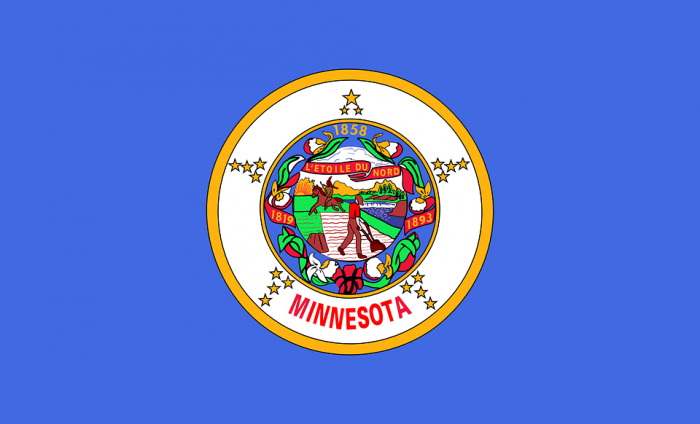 The dosage of THC that the GOP legislature approved for edibles is much lower than normal, at up to 5 mg per package. But it’s still legal, nonetheless.

In a decision that came as a surprise to many in the state, Minnesota passed legislation that legalized some lower potency hemp-derived THC edibles. As we previously reported, this new bill now allows businesses to sell edible and drink packages with up to 5 mg of hemp-derived THC in the state.

This new decision has some people confused, but it also has unintentionally launched a program that might show what a recreational marijuana program would look like in Minnesota. While the state has legalized medical marijuana, this new edible law is giving Minnesota citizens a taste of how the state would look with legal marijuana. Who knows, this small but incremental measure might even prove to be a new gateway for other states if all goes well.

The dosage of THC that the GOP legislature approved, to be clear, is much lower than normal, at up to 5 mg per package. For context, “Recreational states have defined potency thresholds in edibles, limiting THC to 50 or 100 mg per package and 5 or 10 mg per serving depending on the state,” according to a study published in the Journal of General Internal Medicine, which also determined there are many cases where the potency in edibles was sometimes inconsistent with what packaging suggested. In theory, one package of these lower dose edibles would equal somewhere close to one normal dose edible in another state.

The THC in question also comes from a slightly different source than most states. It is derived from legal hemp plants rather than THC-rich marijuana, but they share the same chemical makeup. This means that while the plants being used are of the legal hemp variety, the THC is essentially the same. when you look at the chemical makeup of the edible, the THC is essentially the same. (See: Cannabis, Marijuana And Hemp — What Is The Difference, Exactly?)

The fact that it is hemp derived, but still THC, and the fact that it is lower dosage but relatively unrestricted means that this new edible law might give Minnesotans a fairly realistic glimpse into the future of legal weed in the state. “Overall I think it’s a way in which Minnesotans are going to be able to check out what it’s like to have legal products being sold on shelves in a non-gray market,” Kurtis Hanna, a local lobbyist for the National Organization for the Reform of Marijuana Laws said to the Minnesota Star Tribune.

It is definitely a very small and narrow scope of legalization, but Hanna still sees it as a good thing. “It’s pretty exclusively dipping that toe into beverages and edible food products as opposed to making any progress on smokeable or vaporizable products,” he said.

“But it’s a positive outcome.”

Some have said that those who voted on this new law were confused, and may have even voted on it by accident. In fact, after the amendment passed in the legislature there is a video showing Sen. Jim Abeler asked (in what appeared to be a joking manner) whether or not they had just legalized marijuana. Democratic Rep. Tina Liebling replied “Oh, are you kidding? Of course you have. No, just kidding. Next, we’ll do that next.”

And while she may have been joking at the time, this new law just may set the stage to open the legalization door and possibly do just that.