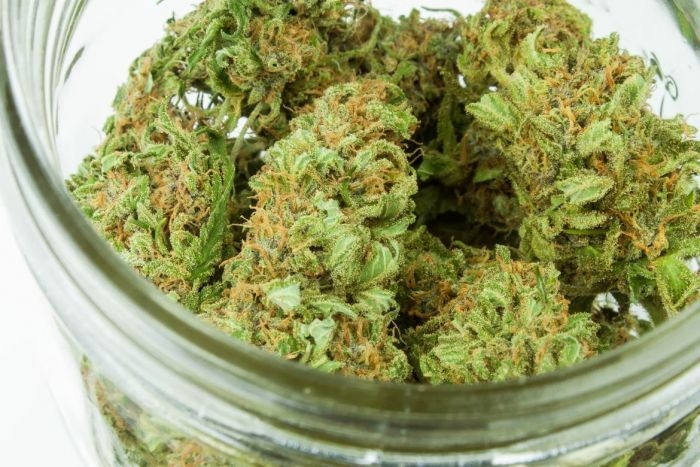 It’s been more than five years since the West Virginia Legislature approved the use of medical cannabis in West Virginia. Dispensaries are opening across the state, but the industry is still in its infancy.

The first medical cannabis dispensary in West Virginia opened in Morgantown in November 2021. Since then, the state has slowly but surely built up its capacity to serve patients.

In an email to West Virginia Public Broadcasting, Jason Frame, director of the state’s Office of Medical Cannabis (OMC), said that seven of the state’s 10 licensed cultivators are now operational, but only 17 of a potential 100 licensed dispensaries are open.

Those dispensaries are not evenly distributed across the state. The Morgantown area alone has four operational dispensaries, with another set to open any day.

“You look at the map, there's nothing, and that is a huge barrier to patient access right now.”

He hopes to fill the gap in the Eastern Panhandle in the coming months with the opening of a dispensary in Ravenswood.

West Virginia is in the process of building the entire infrastructure for medical cannabis from the ground up. Until last year, there was no growing know-how in the state. Not any obtained legally, at least.

“It's our prerogative to hire local,” McFadden said.

“You couldn't possibly have legal cannabis experience as a potential employee, unless you're breaking the law, which makes it tough to put it on a resume.”

This puts larger, nationally established companies at an advantage. They can draw on years of growing experience in other legal markets, as well as existing genetic libraries. However, even the bigger companies can’t shortcut nature.

“It takes months for the plant to be grown,” said Drew Bayley. He is the director of operations for the Midwest for Columbia Care, which retails under the brand name Cannabist. They operate in 18 states, as well as the European Union.

“At our facility, we have to be really on top of our processes and procedures,” Bayley said.

“In a medical market like West Virginia, it's really important that you're always thinking six steps ahead.”

The exterior of the newly opened Cannabist dispensary on Don Knotts Boulevard in Morgantown, operated by Columbia Care.

It’s never easy to know how much of any product a market might demand months in advance. That’s doubly true of a new market where new consumers need to be licensed by the state.

“So you have a little bit less flexibility there, you have patients depending on you,” Bayley said.

“If you don't plan ahead, it's really easy to throw yourself off in the future.”

Via email, Frame acknowledged that there was a shortage of medical cannabis products during the initial launch of dispensaries in West Virginia, but said that the problem was quickly resolved.

Growth is certainly a watchword in the industry. In the seven months since Florida-based cannabis company Trulieve opened the state’s first dispensary, the Office of Medical Cannabis reports that medical cannabis product sales have totaled nearly $5 million.

With plenty of money to be made, and a lot of space to grow, there is a sense of collaboration that pervades the state’s burgeoning industry.

“You have to realize that everyone in the state is new from Trulieve being new to the state to our growth facility to the Office of Medical Cannabis, the labs that are testing, everybody's new,” Peairs said.

“We're all growing together.”

Ultimately, everyone involved in West Virginia’s cannabis industry is involved for one simple reason: to help patients.

“So our cultivation is continuously looking at, ‘What is it that our patients are really looking for in West Virginia?’” Peairs said.

“It's a true medical state. Our patients are looking for relief.”

West Virginia’s laws specify a limited number of conditions for the use of medical cannabis, many of which are either terminal or entail chronic pain and discomfort.

“We're all working to build this industry from the ground up, because that's what our permits give us the privilege to do,” McFadden said.

“Anything that is better for the patients from us or any company, we're happy to see.”