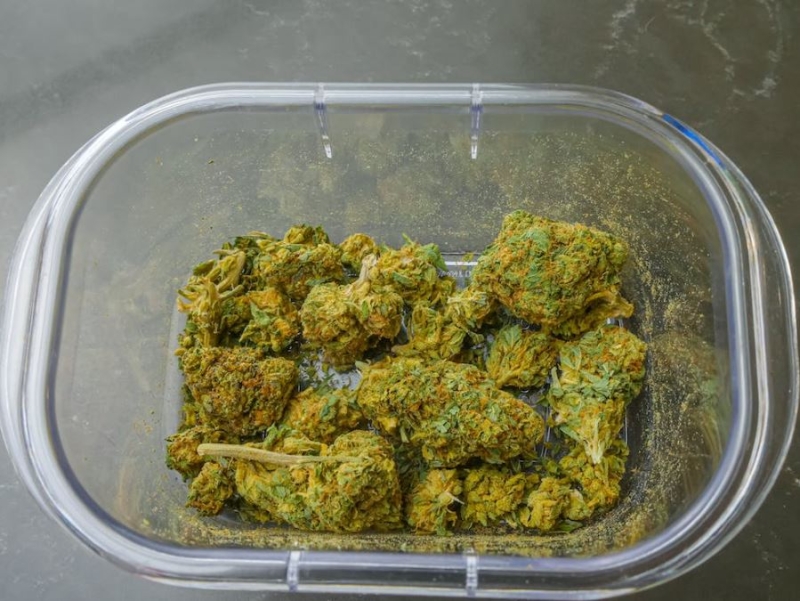 The results of a survey published last week highlighted the lack of control of regulators over the unlicensed business, which may affect public health issues, and safety for New Yorkers' marijuana users. But although the report may sound alarming for cannabis users' health, it is necessary to go in-depth into the report, contextualize the findings and highlight its limitations.

The report was commissioned by the New York Medical Cannabis Industry Association (NYMCIA), which includes members of the medical marijuana operators in the state, such as Columbia Care, Cresco Labs, and Curaleaf, among others.

New York marijuana regulators have yet to implement adult-use cannabis legislation entered into effect in March 2021, and they are expected to issue the final rules that will shape the legal marijuana market in the state by the end of this year. But meanwhile, dozens of unlicensed businesses have flourished across the state selling marijuana products, despite regulators trying to crack down on their operations.

"Some 40 percent of the products failed at least one of the various standard tests administered to legal cannabis products," the report reads.

The NYMCIA argues that the finding may affect the public health of New Yorkers' marijuana users and may attempt the reputation of the legal cannabis industry.

"Beyond these serious health concerns, the negative experience of ingesting these products may exacerbate the harmful stigmas and hesitations that already exist and burden the legal cannabis industry. A first-time consumer that may buy these tainted products and be subsequently sickened by them will likely never try cannabis again, even if it's safe and regulated," the report reads.

Researchers used public online resources, such as Google Maps and Facebook, and physical exploration to visit 20 unlicensed businesses in New York City from which they purchased two products from each store.

One of the most alarming findings shows that many flowers and edible products contained E. coli and salmonella.

E. coli is a bacterium that can cause different types of infection and is usually associated with diarrhea and lung infections, while salmonella bacteria can cause fever and fatigue symptoms.

According to the report, the heavy metals contained in the products, such as nickel and lead, might cause headaches, nausea, and in cases of prolonged exposure, cancer and organ failure.

Furthermore, researchers report that 100% of marijuana products purchased in unlicensed shops have failed to comply with labeling and packaging regulations proposed by New York's marijuana agency.

"The branding of purchased products varied widely, but none adhered to the current proposed branding and packaging regulations in New York. Multiple products included names and images of well-known copyrighted brands and looked like candy and other treats popular with children," researchers argue in the report.

New York's Cannabis Control Board (CCB) approved a series of proposed packaging, labeling, and advertising rules in June, banning any use or display of images and common reference to cannabis that can be attractive to individuals under 21.

Also, many of the products analyzed are mislabeled as they contain an amount of THC below the one advertised on the labels. On average, dosages and THC potencies were lower than indicated. However, one product had double the amount of THC advertised.

Researchers also reported that over 50% of unlicensed businesses visited for the survey "did not ask for any form of identification upon entrance or purchase."

Asked about the origins of marijuana products, researchers reported that 75% of unlicensed retailers said the products came from California or the West Coast, while one claimed it obtained its products from New York.

The report also confirms the "gifting" model widely used by unlicensed operators to sell marijuana, which consists of a practice where a business sells a product or service and gives away cannabis in return.

New York regulators have repeatedly urged unlicensed businesses to cease such activities by sending out dozens of letters.

Although the findings highlight specific trends that came to light in the interim period before the launch of legal marijuana dispensaries, it is worth noting some of the report's limitations.

The NYMCIA hasn't released detailed test results of marijuana products purchased in unlicensed stores. Therefore, it is not possible to verify the exact quantity of contaminants in marijuana products and asses whether they can be actually harmful to the human body.

Small traces of heavy metals, commonly found in marijuana crops, and some bacteria might not harm the human body.