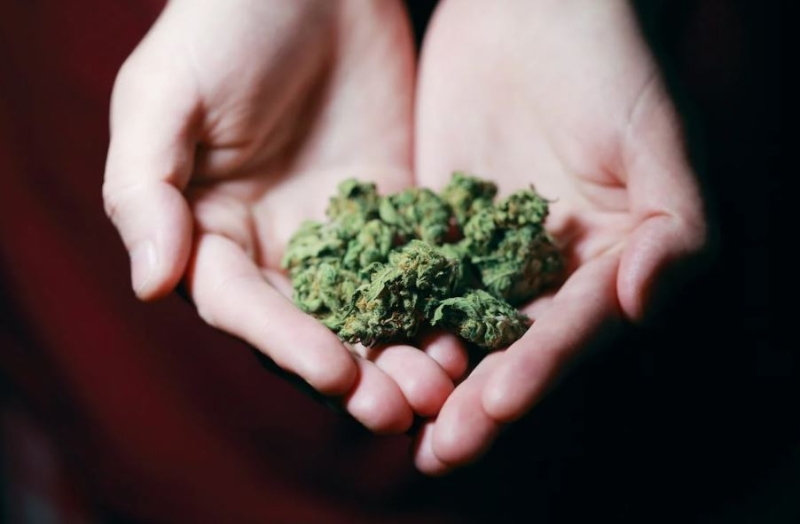 In their first and likely only hearings of the session, two adult use marijuana measures came up Tuesday in a House committee. The proposals — one Republican and one Democratic — aren’t going anywhere this year.

Sponsors remain optimistic about their chances in the next session, but even they acknowledge any change may have to happen at the ballot.

An adult use marijuana initiative also could appear on next November’s ballot.

“Clearly these two bills are having a courtesy hearing for sponsor testimony,” Rep. Jamie Callender, R-Concord, told committee members of his measure and a similar proposal from Rep. Casey Weinstein, D-Hudson.

“I do expect that there will definitely be a ballot initiative next year,” Callender added. “And I intend to, and I’m sure others intend to reintroduce very similar legislation (so) that we can have more hearings and bring in expert witnesses next year.”

Both Callender and Weinstein are proposing a 10% tax. The former at the point of sale, and the latter as an excise tax on a company’s gross receipts. The two bills also propose differing formulas for how to divvy up the dollars. Weinstein explicitly earmarks some for education and transportation, while Callender sends half to the general fund. Weinstein’s measure also takes the additional step of expunging the records of non-violent offenders.

Callender urged members to step back and look at the big picture. “The details are much less material than the overall concept,” he said.

Still, they did get pushback. Rep. Haraz Ghanbari, R-Perrysburg, for instance, disputed Weinstein’s assertion that legalization hasn’t led to increased traffic accidents. Weinstein contended increased testing is responsible for at least some of the higher prevalence of drugs.

Their primary message to the committee, however, was that marijuana is coming — whether they like it or not.

“Action is being taken at the federal level and a citizen-initiated statute is most likely coming to the ballot in Ohio next November,” Weinstein said. “We have the opportunity to take legislative action now to craft a program that works for our entire state rather than wait.”

While lawmakers regroup and plan for next year, their lack of progress puts greater emphasis on the ballot box. Last year, legislative leaders kept an adult use statute off the ballot by arguing it showed up too late.

The Coalition to Regulate Marijuana like Alcohol (CRMLA) submitted signatures in December 2021 and came up short. The state constitution grants them 10 days to collect the signatures necessary to make up the gap. They did, and shortly afterward, the secretary of state certified their petition.

By the time that happened, though, the legislative session had already begun. Lawmakers argued they didn’t need to consider the proposal in 2022 at all.

As part of a court settlement, the secretary of state will submit the proposal to lawmakers at the start of the 2023 session. Lawmakers will have four months to consider the initiated statute. If they don’t approve it, the organization can begin collecting signatures again for the November ballot.

Meanwhile, House lawmakers are rushing to pass House Joint Resolution 6, a proposal that would lift the threshold for passing future constitutional amendments. That supermajority requirement wouldn’t apply to the CRMLA’s proposal because it creates new statute rather than an amendment. Still, the skepticism that led lawmakers to kneecap the proposal earlier this year is woven through the arguments for a higher constitutional threshold.

Backers’ chief argument for implementing a supermajority requirement is a perceived influx of “special interests” trying to buy their way into the constitution. Speaking after the hearing, Weinstein dismissed that argument.

“Especially bipartisan issues like this,” he added, “where we’ve got a Republican bill and a Democratic bill that are almost identical. When you don’t give them an adequate hearing through the legislative process, of course, citizens are going to want to have their voices heard.”

For his part, though, Callender didn’t feel as though their proposals got short shrift.

“It didn’t get a hearing early enough in the session to have the follow ups,” he explained, “but it wasn’t introduced early in the session.”

Callender argued there’s nothing wrong with pursuing marijuana policy changes at the ballot box and in the Statehouse. “The two pathways are concurrent,” he said. Callender favors his legislation’s testing and processing safeguards but insisted he’s not opposed to the ballot measure.

“They’re going to both go forward next year and whichever one gets to the finish line first is the one that that we’ll have,” he said.