99% of patients using Medicinal Cannabis are sourcing it illegally due to failures within the industry, a new report says 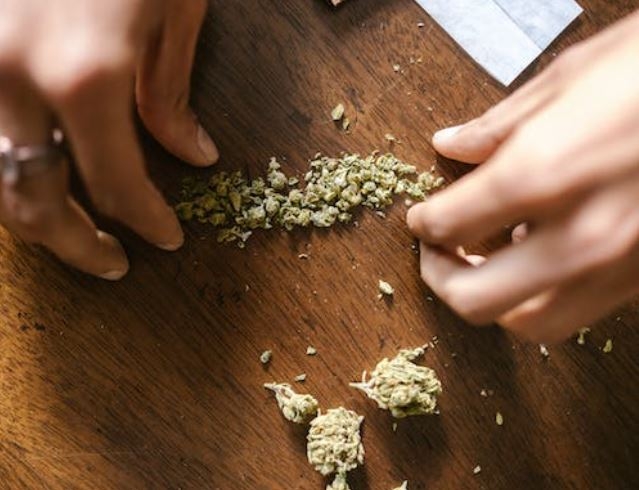 There are an estimated 1.8 million individuals using cannabis for medical purposes in the UK, but only 15,000 are legally prescribed patients, according to a new report by drug policy think tank Volteface.

The report released today, “Known Unknowns of Medical Cannabis”, highlights the failures of the current medical cannabis provision for patients, leaving many people with chronic illnesses no choice but to risk criminalisation by using the illicit market to source cannabis.

For some cannabis patients, visiting a cannabis dealer or growing medicine at home is something that they are used to and comfortable with. However, there are many people for whom a drug conviction could have serious negative consequences in aspects of their lives such as employment, travel and even family relationships.

To understand why access to prescribed cannabis is still limited for most people, the authors of the report interviewed 40 clinicians on the reasons why they think cannabis is so under-prescribed in the UK. Based on the responses from those interviews the report found the following factors:

The report highlights a “critical lack of understanding about cannabis-based medicines amongst doctors”. Going on to say that the “vast majority of clinicians interviewed as part of the report said that they lacked support and understanding in the form of guidance, information and clear protocol around the practicalities of the prescribing process”.

Most of the doctors who were interviewed for the report “expressed a willingness to learn more about prescribing, particularly due to the urgent unmet need for novel drugs given treatment-resistance to medication amongst patients.” There was also discussion surrounding cannabis providing a promising alternative to prescribing opioids as a potential harm-reduction strategy.

Head of Operations at Volteface and author of the report, Katya Kowalski said, “It is clear that medical cannabis does not fit neatly into the healthcare system. In order to see this change and become mainstream, we have got to see a broadening of choices for clinicians to prescribe outside of the cannabis clinic model. Nowhere else in medicine do we see single-drug clinics. From my research, this is a major barrier within the medical community, something we need to see addressed in the sector, to truly broaden confidence amongst clinicians to prescribe more widely, in turn expand patient access.”

Stigma held by clinicians and clinical bodies was an additional factor in the creation of further barriers for patients trying to access safe and legal medication. “The illicit status of cannabis renders it subject to stigma, which was a concern frequently raised in the context of clinicians being broadly conservative by default, due to factors including their duty of care towards their patients, as well as the nature of the medical model they train under and work within.”

The report goes on to recommend the following six points to address the challenges limiting the prescription of cannabis medicines to patients in the UK;

To address the hesitancy and resistance that exists in the medical community, we should seek innovative means to promote prescribing through creating new opportunities to prescribe outside of the cannabis clinics, while engineering an infrastructure to empower clinicians to prescribe cannabis in normal clinical settings.

2. Open up communities of practice for clinicians to access medical cannabis information

As the vast majority of clinicians revealed that they lack support in terms of the practicalities of the prescribing process, it is important to ensure that the necessary information is available to clinicians through multiple channels in order to create a community of accessible knowledge for peer-to-peer support.

Given the identified need for additional evidence, data should be collected across cannabis prescribing in all settings for specific products, for specific indications, and with a clear distinction in terms of the delivery mechanism and dose. Furthermore, the analysis of patient experience data for specific products would support both informed prescribing and the collation of broader real-world evidence.

Due to the lack of general knowledge and awareness of cannabis in the medical community, a national campaign should be launched amongst clinicians and medical professionals to increase appropriate prescribing in normal clinical settings and signpost relevant information, training and support.

5. Consider cannabis as per other medicines

A clear stigma within the medical community has emerged from this research in terms of cannabis as a product. Given the drug’s illicit nature and its recreational associations, clinicians are hesitant to engage with or to prescribe due to its status as an unlicensed, special medicine. However, since there are numerous other unlicensed medicines that are not treated with the same degree of resistance, the focus must be placed on evidence rather than emotion in terms of biases against prescribing cannabis.

6. Conduct more RCTs to supplement the knowledge base

The development, implementation and funding of RCTs is of particular importance to bringing new clinicians on board and stimulating interest in prescribing medical cannabis. Higher quality RCTs are required, and although some are already underway, there are other forms of evidence that can inform and facilitate prescribing. Unless the cannabis industry is more successful in engaging clinicians on indication-specific product evidence, we are unlikely to see mainstream market access to CBPMs.

The report concludes by focusing on the need for more education, better understanding and a change of perception within the medical community towards the prescription of medical cannabis. It also calls on the medical community to consider the evidence and data that is available to them and not to rely too heavily on randomised controlled trials (RCTs) when considering the prescription of cannabis medicine.