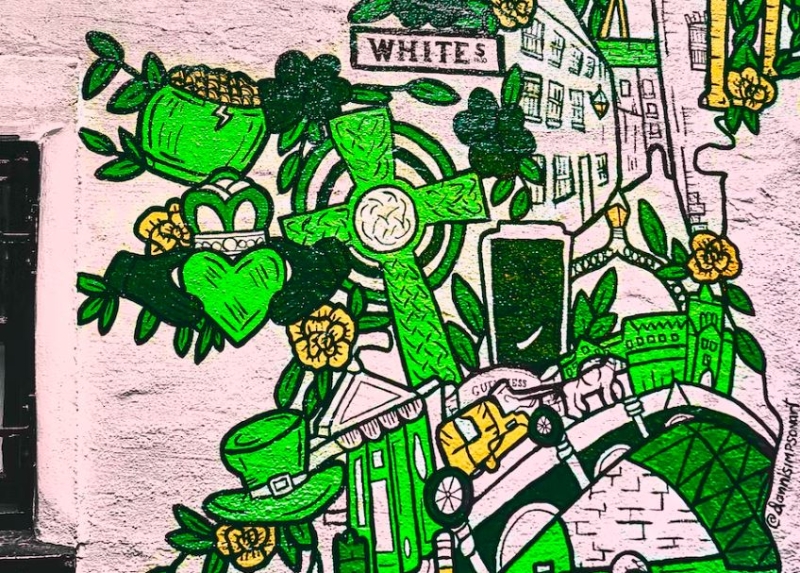 A bill set to be introduced today aims to legalise cannabis possession for personal use in Ireland. The amendment will need to be approved by the Dáil, which means it needs to be voted in by other government parties and if it passes, it would update the current Misuse of Drugs Act.

The amendment would make it legal for people to possess up to 7 grammes of cannabis for personal use. Other European countries like Malta and Luxembourg have already passed similar legislation on cannabis possession. The amendment has been introduced by the People Before Profit TD Gino Kenny, who hopes that it will bring an end to prohibition in Ireland.

There has been criticism that the bill does not go far enough to address certain issues key issues like cultivation. However, Kenny believes it is necessary to start the conversation now to start Ireland on a path towards adopting harm reduction measures and taking control of cannabis off the illicit market, so additional points on issues like cultivation can be added at a later date.

“The bill is an amendment to change the existing legislation which would mean someone could have up to seven grams on their person without being prosecuted. It’s a moderate bill, but the party I belong to would like to go further and we believe this is a stepping stone towards the regulation of cannabis legally,” Kenny said.

After the bill has been introduced it will progress to debate in the Dáil early in the new year. It comes at a key time for Irish cannabis reform as there has been much public discussion and criticism of the arrests of people using cannabis in small amounts or patients using it for various conditions. One man in West Cork was arrested for just €4 worth of cannabis which he had been using to treat his osteoporosis. As a former heroin consumer, he had been concerned about using opioid medication so had turned to cannabis as an alternative. He was arrested and brought before the courts in 2021.

A lot of work has gone into the creation of the bill as it had been thoroughly checked to make sure there were no legal complications or objections. There has been a small delay to its introduction but it is now ready to be heard, Kenny says:

“I wanted to have this bill a long time ago but there were all sorts of legal complications. It’s a very good time now and apt that Ireland is discussing decriminalisation. Other countries in Europe are changing the laws with a view that criminalising people and prohibition simply doesn’t work.”

He added: “They recognised that they needed to have a different approach, so it’s a good time to be introducing this and hopefully it will lead to a debate about the end of prohibition and a complete regulation of cannabis.”

There has been a lot of public support for the amendment as many people recognise the need for change. However, it will still need government support which could prove tricky. The Irish government, which is currently a coalition between Fine Gael, Fianna Fáil and the Green party, do not have a strong track record of engagement with the cannabis issue. Fine Gael has been criticised for the length of time it took to get the Medical Cannabis Access Program operational and the lack of conditions it covers along with the lack of products available under it. MCAP was introduced in 2019 but only started to prescribe to the first few patients in 2022.

TDs may often personally agree with a bill but have to vote against it because their party has a stance on what it covers, which may create a problem for the bill when it comes down to voting.

“There could be more support now than there was nine years ago. There may be some TDs who would vote against it from a party basis but on a personal level, they may agree with it. However they have to vote as a party,” Kenny admitted.

“I think there is majority support for this issue but whether that translates into getting the majority of votes, it’s difficult to know.”

If the amendment on cannabis possession passes, it could open the door for further discussion around cultivation and further regulation. Several European countries have made changes in the past two years to allow a certain level of plants to be grown in a person’s home for personal use. Heavy penalties are often added if too many plants are grown or people are caught supplying to others.

“We hope it progresses to the next stage where we plan to add an amendment to the bill itself to include home cultivation so its’ similar to Malta or Luxembourg. The reason it’s been omitted this time is that it would have put a delay to this bill. I feel it’s time to put it forward now.”

Gino added: “We can easily include that conversation on a future date but the amendment of existing legislation is key to the whole argument.”

What would this mean for those who have already experienced Ireland’s current laws on cannabis possession?

Earlier this year, the world watched as President Biden pardoned prior federal offences for simple cannabis possession. What could the amendment mean for those with criminal records as a result of prohibition?

“The bill doesn’t stipulate about expunging any past criminal records but that can be included on a future date and we are fully supportive. If someone has a criminal conviction for simple possession of cannabis then that should be expunged.”

Should the bill pass, it won’t be a quick fix to the current legislation, as it is predicted it would take years to implement.

“Realistically, this could take several years, although there is a wider debate to take place next year about decriminalisation. I would be quite sceptical about where the government is going on this issue but general public opinion is moving much quicker,” Kenny said.

“The days of prohibition are coming to an end. We need to be looking at debates across the world about cannabis. We need to stop criminalising people for the personal use of cannabis and regulate it where we take back control from the black market.”

He added: “At the moment, it’s all controlled by the black market and it needs to be brought back into the ownership of society. If we keep doing what we are doing then eventually we will get there. We will keep pushing to a day where people are not criminalised for cannabis.”