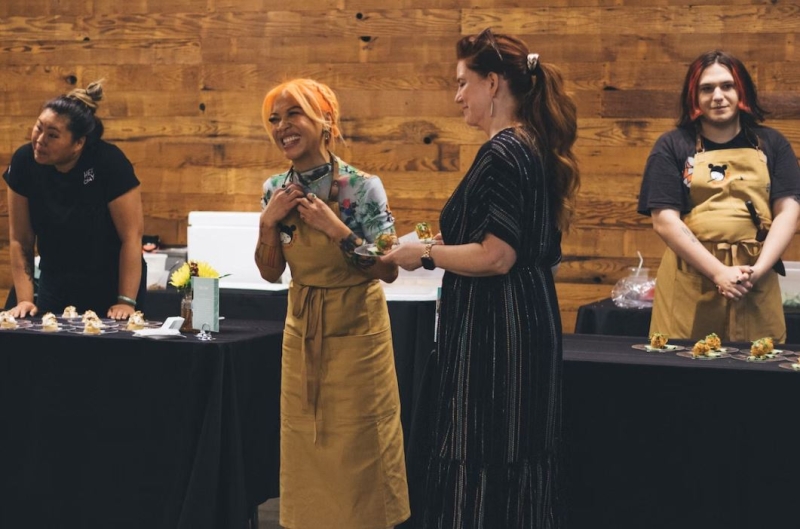 Producers of "The Price is Right" better take note, as there’s a game show in town that is growing in popularity and looking to capture one of that show’s prime demographics: Stoners.

Billed as “the only game show where the contestants are higher than the points,” "The Weed Game Show" rolls into Worcester this Saturday, bringing with it the chance to be bestowed with the high honor of being declared the top cannabis connoisseurs in Worcester.

Game show host and comedian Dan Hall was born and raised in Quincy. Starting his performance career as a drummer, he quickly caught the comedy bug after attending an open mic — but it took him three and a half months of attending to get the courage to go on stage.

Hall has performed comedy ever since, and "The Weed Game Show" has now been a recurring show for about two years — at venues all over Massachusetts. Past contestants on the show have included local comedians like Demetrius “Big D” Hullum and Jaime Lee Simmons, but this is the first time that the show is experimenting with a bar trivia-style format, which will finally allow eager audience members to be part of the action.

“That’s been one of our biggest requests in the past,” said Hall of the decision to get attendees involved in the show, “When the audience comes they ask if they're playing, and I have to sadly tell them no.”

It seems that Worcester is the perfect place for such a cannabis-infused competition.

“I wish there were more places like Worcester when it comes to cannabis,”said Hall, who noted the city’s government seemed more open to these types of businesses than other communities. “They have the Summit Lounge and there’s all sorts of dispensaries.”

The Summit Lounge has been a bit of a safe haven for "The Weed Game Show," as booking a show where cannabis consumption can be allowed remains a challenge. This has led to some mishaps, including an experience over the summer where a show host took cash to host the show but then disappeared, leaving the show without a venue.

“We’re kind of learning every time we do this,” he said.

While Hall has had some success in finding some other venues for the game show — including the recent HighLifestyle Show in Boxborough — He’s hopeful that the eventual existence of state-sanctioned consumption lounges will allow for more potential venues.

“We need more consumption lounges where you go in and smoke. It would be great to have these in Boston as well. It should get to the point where alcohol and cannabis venues are similar, where you can smoke and it’s not the biggest deal in the world.”

In addition to "The Weed Game Show," Hall also does other cannabis-related content on social media. This includes a recurring video segment where he attempts to open various types of child-proof cannabis packaging, demonstrating that many times these bags and jars turn out to be somewhat adult-proof too.

This upcoming weekend’s audience version of the game show will consist of four rounds, and will feature teams of up to eight people. The evening will begin with some stand-up from some of the area’s top comedians, followed by a short intermission so that the audience can get into the right state of mind to compete.

The first round of the competition will feature a barrage of trivia questions, and contestants should remain on their toes during this part of the show.

“Some questions will be related to weed, some will be adjacent to cannabis culture, and some are just out to stump you while you’re high,” said Hall.

Round two will require teams to get creative, as contestants will be asked to show off their drawing skills in an attempt to impress Hall and his sidekick, fellow Comedian Troy Burditt. Teams that are artistically challenged will have a chance to redeem themselves in the following round, where each squad will nominate its best joint roller to compete in a head-to-head competition to see who can roll the best doobie-in-show.

The fourth and final round is the “eye an ounce” competition, where teams must attempt to create a pile of cannabis that weighs exactly one ounce. Any experienced consumer knows looks can be deceiving when it comes to cannabis and weight, so winning this round will take some real expertise — or perhaps just some serious luck.

While only one team can be declared the winner, something tells me that all participants will enjoy the experience.