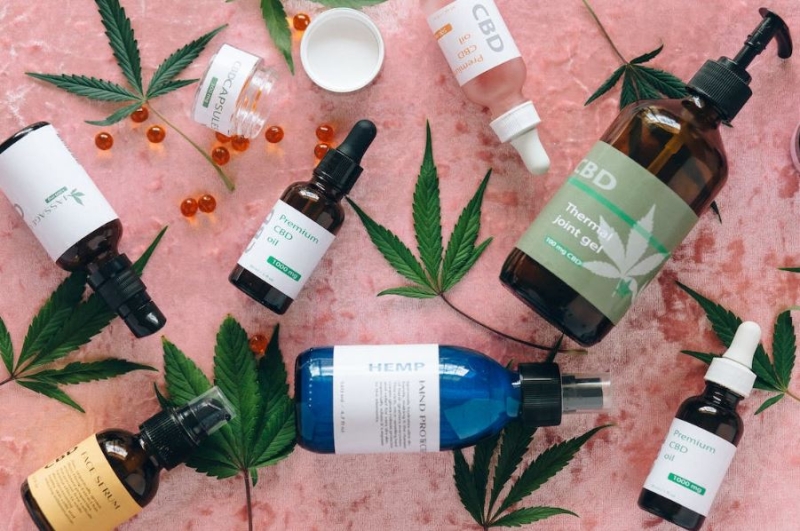 Growers and retailers say confusion remains over what is legal as some stores are flooded with unlicensed products.

More than 800 Iowa retailers are licensed to sell consumable hemp products, including food, drinks and lotions. But some licensed manufacturers, of which there were more than 120 in the 18 months of Iowa's consumable hemp program, say the state is overrun with unlicensed product and the fees are too high to compete with national companies.

“Iowa’s licensing fees are outrageously expensive,“ said Bridget Chambers, owner of Bluestem Prairie Organic Hemp, in Webster City. ”I’ve had a handful of people who are anxious to sell my products, but once I told them it was $475 a year, they pulled out.“

Iowa’s consumable hemp rules, approved in March 2021, define these products as something introduced to the body by ingestion, such as a food, drink, chew or snuff, or something absorbed through the skin, like lotion.

The consumable hemp program, created to regulate the explosion of CBD products in Iowa, is different from the state’s medical marijuana program, which is open only to people with specific certified health conditions who have a registration card.

Consumable hemp products made or sold in Iowa may have no more than 0.3 percent tetrahydrocannabinol, or THC.

So far, Iowa has brought in $762,000 from consumable hemp licensing fees, which are $475 a year for manufacturers and retailers.

Iowa received 82 complaints from March 2021 though August of this year about alleged violations of the consumable hemp rules.

The Inspections and Appeals Department issued 34 enforcement actions between March 2021 and August, which, in most cases, were letters asking retailers to stop the illegal behavior.

The state has handed down two 30-day suspensions, one to the Dispensary, at 221 Fourth St. in Des Moines, on Aug. 1, and the other to Greenleaf Tobacco & Vape, 5901 University Ave. in Cedar Falls, on April 7. Both stores had previous warnings.

The only warning letter sent to a Linn or Johnson County business was June 9 to Cobble Hill restaurant in Cedar Rapids.

“Establishment was found to be manufacturing CBD oil to add to beverages; additionally, establishment is not registered as a consumable hemp establishment with DIA,” the complaints database said.

Restaurant owners did not return a call seeking comment.

About a dozen complaints were about retailers selling consumable hemp products branded as containing Delta 8, a psychoactive cannabis substance some people believe has a milder high than other strains.

Some Iowans mistakenly think Delta 8 is illegal here, but it all depends on whether the total THC is no more than 0.3 percent, said Mark Speltz, Food & Consumer Safety Bureau chief at the Iowa Department of Inspections and Appeals.

State inspectors and consumers can look at product labels, many of which have QR codes, to find a certificate of analysis that shows the percentage of THC.

Jake Winsor, who owns Winsor CBD, in Vinton, said he’s glad Iowa now allows people to grow hemp and sell hemp products. He and his wife, Leah, grow chemical-free hemp on an acre in Benton County and sell three products — CBD oil, gummies and a topical balm stick — at their store and online.

“There are so many products, so many different companies. A lot of consumers don’t know where to turn,” Winsor said. “I’m sure some of these people wanting to open up (a business) are feeling overwhelmed.”

Winsor would like state officials to provide more education about what is and isn’t legal. For example, he didn’t think selling hemp flower was legal, but then he heard some growers were doing so this fall.

Lowering the $475 fee might get more local manufacturers and retailers to wade into the market, Winsor said.

Iowa set its fees based on research of what other states were charging and based on how much it would cost to run the program, Speltz said.

“We’ll be taking a look at that again to see if there’s where it needs to be to support the program, with IT costs, salaries, etc.,” Speltz said. “I don’t anticipate a change coming quickly, but it is constantly something we are looking at.”

A 2021 review by Cannabis Times shows most states charge between $50 and $1,000 for manufacturing or selling legal hemp products.