Weed is now legal in Thailand. How long will the high times last? 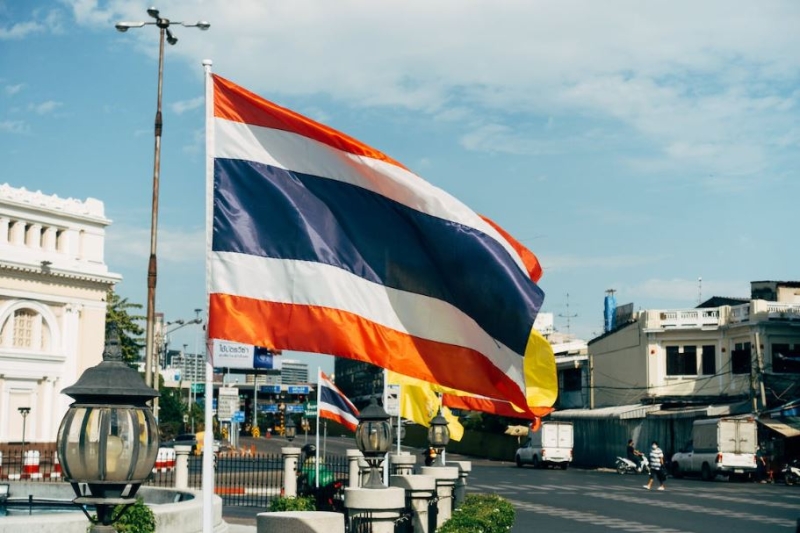 Thailand’s military government is carrying out an experiment: What happens when a country in Asia, a region where drug laws tend to be harsh, essentially legalizes marijuana overnight?

In the first few months, lots of people have opened weed dispensaries, and their customers have smoked a lot of weed.

Thailand’s marijuana industry has a joyful, freewheeling vibe on a street level. Some dispensaries offer workshops on rolling joints and brewing “weed tea.” Next week, one is holding “yoga on high” class; the ticket price includes a joint, a beverage, a snack and a yoga mat rental.

“It’s good because you can just go out and buy it whenever you want,” said Ak Sudasna, 50, who owns a real estate company in Bangkok and typically purchases about 40 grams of marijuana per month, for about $15 a gram, from shops near his home.

But the high times may not last. Sprawling draft legislation, which is expected to move through parliament in the coming weeks, will seek to regulate legal gray areas around the cultivation, sale and consumption of the drug. It could become law as early as next year.

Exactly how the law would affect the industry, and consumers like Ak, will depend very much on the fine print. But, for the moment, its exact scope and focus are being negotiated in a parliamentary committee, out of the public eye.

A rarity in Asia

Many countries in the Asia Pacific region give long prison terms to people convicted of marijuana possession, consumption or trafficking. Until recently, that was also the case in Thailand, which is led by a former general who seized power in a 2014 coup. But when it removed marijuana flowers (the part of the plant that one smokes to get high) from its narcotics list in June, the nation instantly became an extreme regional outlier on drug policy.

The change was part of a plan to promote small-scale cannabis farming, and officials have since added a few caveats. Smoking weed in public is prohibited, for example. Food products can contain only very low doses of THC, the plant’s psychoactive component. And all sales are technically for medical rather than recreational purposes, though sellers do not require buyers to produce doctor’s notes. (Thailand has allowed cannabis use under medical supervision since 2019.)

“They are still working through what legalization means,” said Thanisorn Boonsoong, the CEO of Eastern Spectrum Group, a Thai company that was formed in 2019 and makes products with CBD, a cannabis extract that doesn’t get users high but is widely advertised as a therapeutic cure-all.

“Recreational marijuana is still a gray area at the moment, because the bill hasn’t passed,” he added, referring to the draft Cannabis and Hemp Bill that also was introduced in June and sent back to committee in September. “So it opens a lot of regulatory loopholes for consumption, for recreational smoking.”

There is a need for more legal clarity, because would-be foreign investors are still uncomfortable with Thailand’s “go with the flow” approach to medical use, said Frederic Rocafort, a lawyer in Seattle who advises clients on cannabis policies in Thailand and other countries.

“It’s interesting, but, as lawyers, it drives us crazy,” he said.

Thailand’s U-turn on cannabis has been led by one of its major political parties, Bhumjaithai. The party’s leader, Anutin Charnvirakul, became health minister in 2019 after campaigning to legalize marijuana cultivation in the country, which has a long history of using cannabis as a medicinal ingredient.

Since then, the Thai government has released thousands of prisoners who were serving time for marijuana offenses and announced a plan to give away a million weed plants to Thai households. It has also spoken of making the country a wellness destination for tourists who want to consume marijuana for medical purposes.

Now, as the weed boom has raised Anutin’s profile even more, his main political rivals, who once stayed quiet about his cannabis plans, have in recent months warned that the campaign risks fueling abuse. Some have even said that cannabis should be put back on the narcotics list, a suggestion Anutin has called “ridiculous.”

A fresh version of the legislation is expected to be reintroduced in parliament as early as this week, setting up another round of legislative debate. Analysts say that the law could potentially be ready to be sent to Thailand’s king for signature at some point before the country’s next general election, tentatively scheduled for May.

Gloria Lai, the Asia policy director at the International Drug Policy Consortium, a network of nonprofit organizations, said that she was worried about what the final law would look like from a health policy standpoint. The rollout of the decriminalization campaign so far has appeared rushed, she said, and the government has made little effort to educate the public about growing or consuming cannabis.

“What we’ve ended up with is a politically driven process where the key motivation, just by looking at how things have been, is economic,” Lai said.

The business of weed

Within Thailand’s business community, there is a tug of war between people who want to prioritize low-end recreational marijuana and those whose priority is making the country a hub for products made from cannabis products, said Alan Adcock, a partner at Tilleke & Gibbins, a Thai law firm.

But some worry that the draft cannabis law could ultimately promote corporate interests at the expense of small businesses, said Kitty Chopaka, the founder of Elevated Estate, a consulting firm in Thailand that specializes in cannabis.

For example, she said, limiting the number of plants that a person can cultivate, or requiring extensive lab testing of cannabis samples, could effectively block small-scale marijuana farmers from entering the market.

Some of those same farmers were once penalized for growing marijuana when it was illegal, said Chopaka, who owns a cannabis shop in Bangkok and has advised the committee drafting the legislation. “They should be the first people to make money out of this.”

Uncertainty around regulations in Thailand pervades a domestic cannabis industry that, according to a recent estimate by University of the Thai Chamber of Commerce, could be worth $1.2 billion by 2025.

Many people in the industry are putting off big decisions until the new law is passed, said Rattapon Sanrak, 35, a cannabis activist and entrepreneur in Bangkok. “Businessmen cannot go all out,” he said. “They can only go halfway because they worry about uncertainties.”

At the same time, new weed dispensaries are still popping up in Bangkok and other Thai cities. “People are throwing caution to the wind” to open them, even amid fears that such businesses could be shuttered by the police after the legislation passes, said Carl K. Linn, a cannabis business consultant in Phuket.

Linn said that retail prices of dried marijuana buds are now about two to three times what they are in California — and that a lot of the product was being imported illegally from abroad.

Ak, the real estate agent, who smokes pot to ease his chronic insomnia, said that he was spoiled for choice in terms of where to buy his next batch of buds: There are five or six dispensaries within a five-minute walk from his home.

“In Bangkok, shops keep opening up,” he said. “I mean, like, everywhere — all the time. I’ve been to a lot of them, but not all of them, because there are too many.”