The 5 levels of using Cannabis 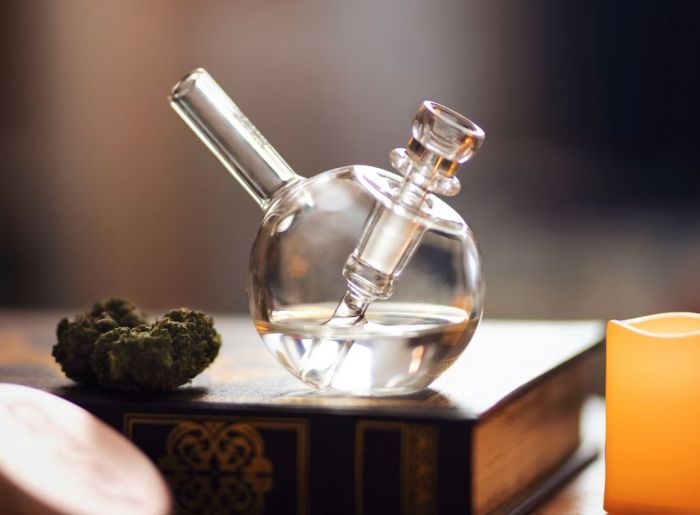 There’s a lot more to cannabis and getting high than just joints and bongs. We asked HighHerb Club about it, and they gave us the answer—a couple, even.

HighHerb Club is a freshly opened cannabis dispensary located in Sukhumvit 4 alley (just a short walk away from BTS Nana station), run by a group of friends who discovered the same passion and vision when it comes to cannabis. It really seemed like they got high one day, then one of them said “let’s open a dispensary together,” and they really did. That’s because the result is an establishment that exudes love—both for each other and for the products they offer.

The venue looks professional, modern, yet down to Earth. An array of equipment and strains are carefully laid out on the countertop, as well as adorning the wall behind. “You can fully smoke in here,” exclaims one of the staff, without even being asked if I can. That’s how you know you’re in for a good time.

There’s a lot of ways you can use cannabis, maybe more than you’d think especially if you’re just getting acquainted with it. You don’t have to keep smoking that voodoo swamp weed from a random alley in Khaosan anymore. Here are five levels of cannabis use according to the folks at HighHerb Club.

The five levels of using cannabis, according to HighHerb Club

CBD oil is considered level zero because it is still cannabis—created by extracting the sativa plant in oil form and mixed with an inert carrier oil (e.g. hemp seed oil). However, you’re not going to experience any high like you would expect from it due to the amount of CBD rather than THC contained within.

That doesn’t mean it isn’t a worthwhile item. CBD oil has a lot of benefits, and it is very useful for people dealing with symptoms from anxiety, depression, and to relieve pain deriving from health complications.

It’s also very easy to consume and blend right into your daily routine. The most common way is to put a couple of drops under your tongue for 30-60 seconds. Some people also just drop it in their smoothies or morning coffees.

Joints are probably one of the first ways we get introduced to cannabis. After all, we all have that one friend who rolls a mean joint.

Buy a strain that you’re interested in, crush it using a grinder, and hand roll it into a joint you know and love. You can choose the paper from different brands with varying sizes and scents—some are even food grade.

We know that it sounds like there are a lot of steps and there are skills you have to learn, but there are many gadgets you can buy to make those problems go away. Tired of grinding by hand? There are electric grinders with prices more than reasonable. Don’t want to bother learning how to roll a joint? Buy some pre-rolled cones and make your joint-rolling days much easier.

Small and simple in design, pipes are perfect for sessions on-the-go, and they don’t leave a big dent in your budget. The pipe is a lesser-known device compared to its counterparts, but many start their smoking journey with a simple pipe and a lighter bought from 7-Eleven.

The device is perfect for smaller hits and smoking sessions outside. Keep in mind that it’s a short tube with no filtration system, which not only produces slightly harsher smoke, but also runs the risk of you inhaling ash if you over-stuff it.

Some claim that the word “bong” actually originated in Thailand, referring to bamboo pipes found commonly in the Southeast Asia region. However, the water bongs we’re more used to today were popularised via the Silk Road during the Ming Dynasty period.

Bongs, unlike pipes, have a built-in water filtration system. When the water hits the smoke, it cools down the smoke before it reaches your lungs. The hit feels smoother as a result, and you can inhale more, and cough less. Just keep in mind that you’re more likely to feel the effect faster, as the moderation can be a bit more difficult to achieve.

Also, bongs are definitely the most customisable gadgets when it comes to cannabis use. You want it long? Short? Round? Streamlined? Monochromatic? There’s always one to fit your mood.

It’s a steep price to pay for getting high, but gravity bongs offer some of the smoothest hits you’ll get, and you’ll feel it very fast.

Remember that water filtration system in the previous level? Now at level 4, the gravity bong lets the smoke go through water twice before it goes into your lungs. The gravity and water pressure pushes the smoke out, which makes it very easy to inhale.

Plus, this device is perfect if you’re the type that’s more reluctant to share. The gravity bong offers contactless delivery, which means passing it around with friends feel less messy.

This extends to concentrated dabs and waxes. True to its name, concentrated cannabis oil is very, very strong, but with slightly easy moderation. Normally, you’d add it to a vape pen.

Still, as it is very concentrated, it is still not legal in many places—Thailand included, so don’t go out buying these things and filling your vape pens.

Most importantly, no matter how you prefer to use your cannabis, it is important to be responsible towards one another. Treat others with respect, smoke responsibly, and have fun.