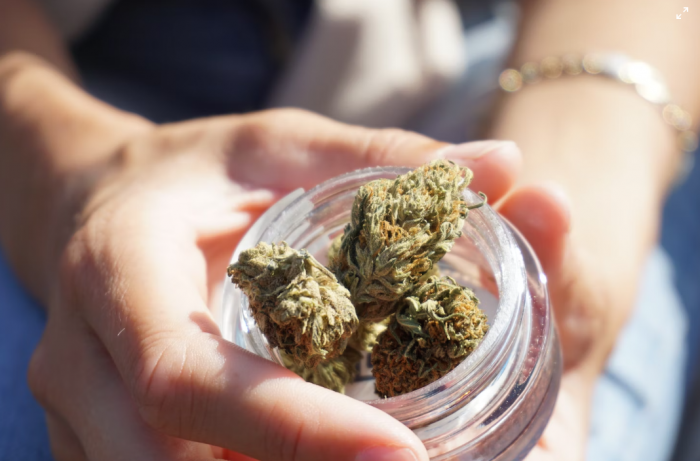 The news comes on the heels of Gov. Kristi Noem (R) saying cannabis legalization can move forward if voters approve it on the Nov. 8 ballot. (Benzinga)

South Dakota regulators approved an important change in the state’s medical marijuana program. In a 5-1 vote on Tuesday, the panel approved the proposal to allow the state Department of Health to remove a requirement from how the department chooses how or if a medical condition qualifies for treatment with cannabis, reported Keloland.

In other words, the department no longer must determine if “treatments currently available for the proposed condition are either ineffective or produce harmful side effects.”

Furthermore, the state official also allowed the department to change the wording of a related requirement.

Tim Engel, an attorney representing the South Dakota State Medical Association, doesn’t support these changes and Rep. Kevin Jensen agrees, saying that there would no longer be any way to identify the benefits.

The news comes on the heels of the state’s governor Kristi Noem (R), who has opposed adult-use marijuana legalization for a while now, saying she’d allow the implementation of the law, if voters approve it on the Nov. 8 ballot.

During a recent meeting with around 20 constituents in Rapid City, Noem explained why she challenged the 2020 ballot measure, which advocates criticized for overturning the will of the people as 54% of voters backed it. The governor talked about what would happen if she gets reelected and initiates Measure 27 if it is approved next week in the elections. The bill would legalize recreational marijuana for adults over 21.

Noem had initially insisted on the court challenge, saying the measure was unconstitutional. The governor now says the new recreational marijuana proposal has been written correctly.

“If it passes, it’s going to be implemented. That’s just the facts,” Noem said.