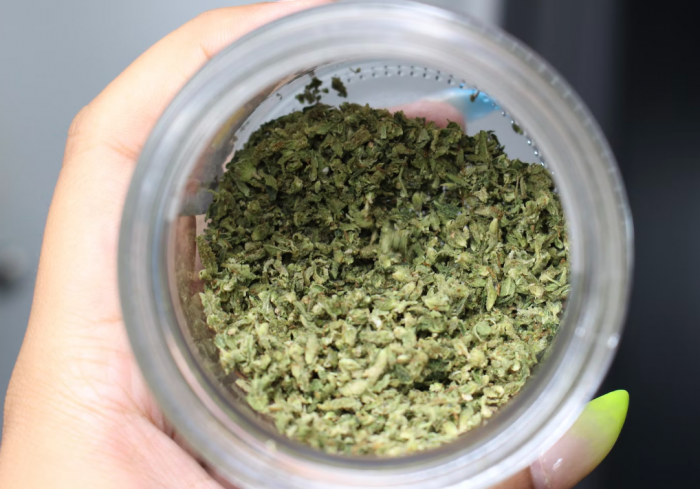 Colorado identified “potentially unsafe levels of total yeast and mold and aspergillus” in a strain of flower.

A pair of Colorado agencies last week issued “a Health and Safety Advisory” after identifying “potentially unsafe levels of total yeast and mold and aspergillus on Medical Marijuana flower (bud/shake/trim)” that was produced by a business based in Colorado Springs.

The two agencies “deem it a threat to public health and safety when marijuana is found to have levels of total yeast and mold and aspergillus above the acceptable limits established” by Colorado cannabis regulations.

The advisory said that consumers “who have affected marijuana items in their possession should destroy them or return them to the Medical Marijuana Store from which they were purchased for proper disposal,” and that consumers “who experience adverse health effects from consuming the marijuana should seek medical attention immediately and report the event to the Marijuana Enforcement Division by submitting a MED Reporting Form.”

“All affected marijuana has a label affixed to its container that, at a minimum, indicates the license number of the Medical Marijuana Business that cultivated the marijuana as well as the Harvest Batch number assigned to the marijuana,” the advisory said.

Colorado Springs, the second largest city in the state behind Denver, has more than 100 medical marijuana dispensaries, but it does not permit recreational cannabis sales in its jurisdiction. Next week, however, voters there will decide on two separate ballot measures that could change that and allow adult-use weed sales in the city.

One ballot measure would legalize recreational pot sales in Colorado Springs, while the other would levy a five percent sales tax on adult-use transactions.

“Voters in the city stepped up and demanded their voice be heard with respect to ending the prohibition of recreational cannabis sales in Colorado Springs,” said Anthony Carlson, the campaign manager for the group pushing to legalize sales in the city. “Especially in these tough economic times, it is critical to ensure every tax dollar that rightfully belongs to Colorado Springs taxpayers stays in our community working to improve our quality of life.”

Colorado voters legalized recreational pot sales back in 2012, but the law allowed local governments to opt out. A year after that amendment passed, Colorado Springs officials voted to ban recreational cannabis sales.

Karlie Van Arnam, a small business owner in Colorado Springs who is supporting the two initiatives, said that the city is forking over valuable tax revenue to nearby communities that do permit adult-use sales.

“It makes zero sense to continue the prohibition of a product that is 100% legal to possess and consume in our city,” said Van Arnam. “This campaign isn’t just about revenue. It’s about personal freedom and choice for our residents. It’s about supporting our small businesses and the thousands of people they employ.

It’s about expanding mental health access for citizens and ensuring our veterans have access to world-class PTSD programs right here in Colorado Springs. It’s about time this decision is taken out of the hands of a few politicians and given to the people.”