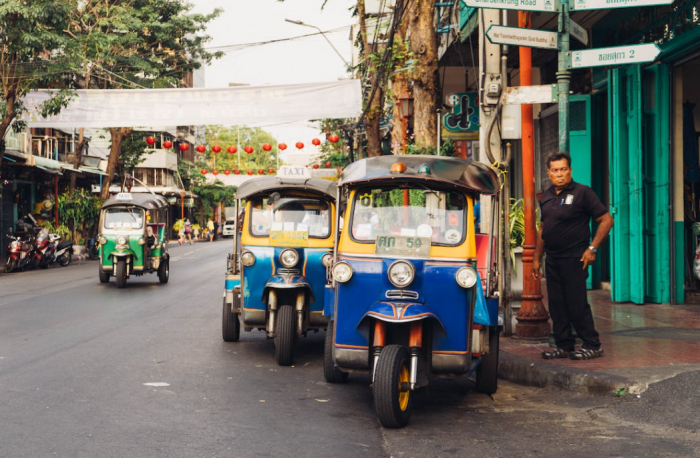 The bill was sent for review after coalition partner Democratic Party said the bill would promote the recreational use of the drug.

BANGKOK – A farmers’ representative and a businessman called on the House to speed up the legislation of a cannabis control law so businesses know what they can and cannot do.
The statement came on Monday from Prapat Panyachatraksa, president of the National Farmers’ Council, and Ong-art Panyachatraksa, owner of the Organic Phet Lanna Farma and a partner of the RG420 Cannabis Store on Khao San Road in Bangkok.

The two were referring to the September 14 House resolution to indefinitely defer the second reading of the cannabis bill and return it to the special House committee that had vetted the draft.

“I understand the delay was caused by politicking,” said Prapat, who is a member and adviser to the ad hoc panel.

The bill was engineered by coalition partner Bhumjaithai Party, which had promised to legalise marijuana while campaigning for the 2019 general election.

The House voted 198:136 to return the bill to the ad hoc panel for review after Democrat Party, also a coalition partner, said the bill would promote the recreational use of marijuana. Democrat MPs also cited concerns that children and youth would abuse cannabis as a drug. The Rural Doctors Society was among groups that voiced such concersn.

He said he would submit an open letter to Parliament President Chuan Leekpai and leaders of all political parties on Wednesday, calling on them to add the bill to the House agenda and speed up deliberations in the second and third readings.

Prapat urged the public to join him at the Parliament complex on Wednesday when he is submitting the letter.

In the letter, Prapat reasons that the cannabis bill has been passed in principle by the House and vetted by the ad hoc panel, which includes representatives from political parties, government agencies as well as the private and civil sectors.

The letter also points out that the bill’s legislation should be speeded up for the sake of clarity and the creation of new business opportunities, adding that it had been vetted carefully to ensure its enactment does not affect vulnerable groups as feared.

Prapat said many farmers and businesses have invested a lot in growing and processing marijuana into products. If the bill is not enacted soon, it could spark losses of as much as 50 billion baht, he said.

Ong-art, meanwhile, said businesses cannot move forward without a direct cannabis control law, which he added would boost confidence in the business.

He also pointed out that banks are not granting loans for marijuana-related businesses, because their future is uncertain without the law.

“As a businessman, I want the direction to be clear, so we know what we can and cannot do,” he said.

He pointed out that if marijuana is put on the list of banned narcotics again, then many businesses would go bankrupt. He also asked why politicians did not speak up when the panel vetting bill announced its decisions.

“This is not right and it’s disgusting to play politics on the future of the people and the country,” he said.

He added that the price of dried ganja had fallen from 30,000 baht per kilo to about 1,000 baht due to uncertainties over the bill.