Growing pains for the Marijuana industry 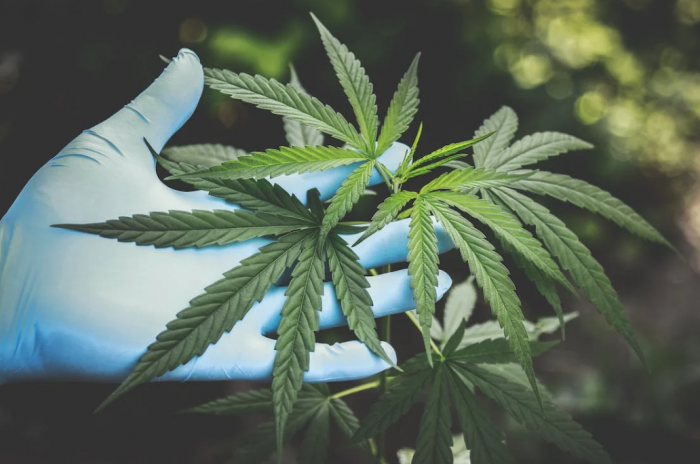 After years of slow and steady growth, the legal marijuana industry is grappling with a downturn amid surging levels of inflation and the potential for a recession.

A number of plant-handling businesses, dispensaries and the tech companies serving them are retrenching as a result of a more challenging and increasingly competitive operating environment where consumers' discretionary income is shrinking — inflation has risen by 8% in the past 12 months, while groceries are up by roughly 13%.

Spending on legal marijuana has curtailed along with that.

According to New Frontier Data, customer spend per dispensary transaction dropped by 7% on average across all U.S. markets between the first two quarters of this year.

"It's crazy out there," said Kevin Murphy, a co-owner and board member for expanding Northeast Ohio-based multistate operator (MSO) Standard Wellness Co. "I've seen a couple different cycles over the last decade-plus, and we are definitely in one of those down cycles."

Ohio's relatively young marijuana industry, which has been serving medical customers since just 2019, is feeling the growing pains, echoed Standard Wellness CEO Jared Maloof. He said that he feels the state is being "impacted pretty significantly."

However, the situation here is not as bad as it looks in other markets — at least not yet.

That includes states like California, Arizona, Colorado, Oregon and even neighbors like Michigan and Pennsylvania, where some marijuana businesses are laying off staff or closing.

Large, publicly traded marijuana companies and related investor funds have seen their stock values fall amid broader economic factors. MSOS, a marijuana ETF tracking a basket of U.S. cannabis stocks, for example, is down 55% on the year.

One element seemingly benefiting the Ohio market is its finite number of marijuana business licenses and caps on cultivation space. It's a different dynamic compared with states like Michigan that have an unlimited number of licenses available to just about anyone able to apply for one, plus no strict prohibitions on production output, which is contributing to a dense and oversupplied market.

Murphy and Maloof say their company has chosen to expand Standard Wellness into only limited-license states — like Utah, Missouri and Maryland — because of such concerns.

How much an industry downturn impacts players in Ohio, though, is to be seen.

This may be due in part to price drops on the retail side.

Ohio's average per-gram price for marijuana flower, which is far and away the most popular cannabis product, is around $8.33, according to the latest state figures. That's nearly half as much as the per-gram price of $17 logged in February 2019, according to a September report by Ohio State University's Drug Enforcement and Policy Center.

These drops have come as the industry has developed, the product supply has increased and competition has grown.

Prices will likely continue to come down as these trends continue and more retailers open.

It's a dynamic that's good for consumers — especially considering Ohio consumers are still frustrated by high dispensary prices, according to DEPC — but not so much for wholesalers, who say they are spending more to grow or make products today that they must then turn around and sell for less than they have been.

That is an acute challenge in a region like this, where there's cheap weed easily accessible in Michigan's adult-use market with no limits on how much someone can purchase.

Compare that with Ohio's medical market, which has seemingly arbitrary caps on how much marijuana someone can buy during a 90-day period.

On average, flower sold in Michigan is almost half the price compared with Ohio, according to DEPC.

The rule of thumb is that marijuana retailers typically mark up products by about 100% over the wholesale price, which is trending down.

"Margins can be very thin, even in a rec market," Murphy said. "But if you have too many licenses out there, it is a race to the bottom, and that is not good for anybody."

Meanwhile, the number of active medical marijuana patients in Ohio is hovering around 162,000.

But growth in patients has plateaued.

Industry stakeholders like Rayburn projected a medical customer population in the Buckeye State could reach at least 200,000, but that has yet to come to fruition.

"Our patient count is tiny for a state like Ohio," said Geoff Korff, CEO for Akron-based Level 2 cultivator Galenas, which also has a large cultivation operation in Michigan. "Michigan had more than double that by the time they passed their rec bill."

Ohio's patient count is expected to increase as access to medical marijuana grows and prices trend down with new dispensaries coming online.

But the growing pains may continue until that potential customer pool expands.

"You're not getting more patients. You're just getting more product," Murphy said. "That makes shelf space that much more difficult to occupy. If you're not vertically integrated, it is tough to get spaces on those dispensary shelves."

Growing pains — but they could be worse

Rayburn and other industry officials said that there are some marijuana businesses in Ohio quietly letting people go to rein in costs, though there doesn't seem to have been any mass layoff events so far.

Rayburn was reticent to identify those companies but noted the reductions have come in positions including sales.

Any apparent calculated reductions in staffing so far are likely being offset by a steadily growing industry.

After all, Ohio is in the midst of bringing another 71 dispensaries online by early next year, which will add to 58 stores already in operation. New executives and workers for those retailers are already being registered with the state as employees before those shops officially open, which has contributed to more growth in employees.

The Ohio Board of Pharmacy, which regulates marijuana dispensaries, reported 2,069 active employees in the Ohio Medical Marijuana Control Program (OMMCP) this October compared with 1,638 at the same time last year. That's a 12-month increase of 26%.

And the Ohio Department of Commerce, which oversees cultivators, processors and testing labs, reported 4,822 active employees in the OMMCP this October compared with 3,845 at the same time last year. That's a 12-month increase of 25%.

"I think the expectation from an OMCIA perspective is that we're definitely at the early end of layoffs in the industry," Rayburn said. "I'm assuming we have another year or 18 months of recessionary economic activity going on nationally and in Ohio. So, I think that will continue and there will be more layoffs."

Outright business closures in Ohio are unlikely at this point.

The industry is young. And the state required applicants for its marijuana business licenses to have a large pool of liquid assets to keep them going in a capital-intensive business for their formative years.

Operating in Ohio today are 17 large cultivators, 12 small cultivators — which have strict caps on growing space — and 42 processors. There will be 129 dispensaries in the state once every newly licensed retailer comes online.

Compare that with Michigan, which reported 747 active growers, 144 processors and 418 dispensaries (i.e., "provisioning centers") in September in its adult-use market. Struggles there have led to mounting pressure on the state's Cannabis Regulating Authority to weed out the bad seeds that are doing business with the illicit market and putting more law-abiding companies at a disadvantage.

While Ohio companies may be equipped to weather some slowing or plateauing levels of business, Stephen Lenn, a Phoenix managing partner for Brennan Manna Diamond who works with marijuana companies, their banks and investors, notes that capital available to this industry that has largely come through private sources is also drying up. Equity markets are effectively closed to the industry, he said, and any financing that is out there is primarily for debt.

But those who have relied too much on debt could be the ones in the most trouble.

"Some of the companies having macro problems right now are highly leveraged and took on a lot of debt to grow. They're the ones who'll be in a challenging position when economic forces start to work against them," Korff said. "But I know far more companies in Ohio and Michigan that are able to weather this slight slowdown versus ones in real trouble who expanded too quickly and took on more debt and costs than they could have taken in anything less than a perfect market."

For all the challenges out there, no one interviewed for this story said they are planning to lay off staff right now. And while profits are harder to come by, none are close to failing.

Rayburn said Buckeye Relief is holding off on a planned expansion of its Eastlake cultivation facility in this environment, but that has as much to do with high costs for construction and equipment as the outlook for sales growth.

Klutch Cannabis, a vertically integrated marijuana company based in Akron that is preparing to open its first dispensaries, is in a similar boat with its own expansion plans. Klutch founder and CEO Adam Thomarios said that getting certain equipment and materials if he were to expand in Akron, like a special HVAC system, could take over a year. But waiting to expand makes sense when industry growth has stagnated.

Ohio is seeing roughly $9 million in marijuana sales a week on average in 2022, compared with $7.3 million in average sales per week in 2021, according to an analysis of state figures.

Even though the marijuana industry is expected to only continue to grow, especially with increasingly positive momentum with federal marijuana descheduling — the latest New Frontier estimates project legal sales countrywide could grow from approximately $29 billion in 2022 to top $73 billion by 2030 — the economic landscape coupled with some downward trends on the sales front are casting some new uncertainties over the industry's outlook in the nearer term.

"If things continue on the path they are without an increase in the patient count, I think Ohio will be in a bad position where there are more layoffs or downsizing or potentially some license holders not doing well on the production side," Thomarios said.

If Ohio's medical marijuana market continues to see a buildup of supply and no solid growth in patients or sales, some companies could struggle.

But there is always success to be had for the best companies, Thomarios argues.

"Eventually, people will be drawn to product quality and price point," he said. "If you have the best product and a good price, you're going to do well no matter how challenging it is out there."

A challenging macroeconomic environment is contributing to layoffs, closures and other challenges for some U.S. cannabis companies. While the situation is not as bad in Ohio as it appears to be in other states, it's an increasingly challenging market in which to do business for the Buckeye State's young marijuana companies.