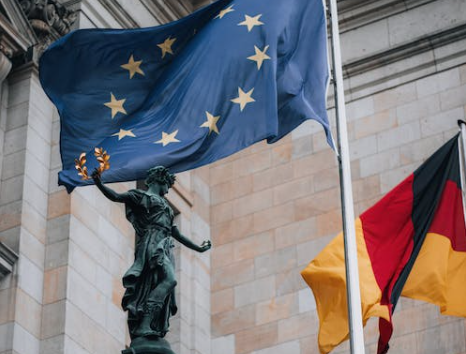 “Germany has long been the leader in medical cannabis reform and all the other countries in EU will follow with similar versions once completed,” said Mike Sassano, CEO of Somai Pharmaceuticals.

Germany, the largest economy in Europe, is making plans to legalize and regulate recreational cannabis. On Wednesday, the health minister, Mr. Karl Lauterbach, presented a plan for cannabis legalization to the German cabinet. This move will make Germany among the first countries in Europe to legalize recreational cannabis, said German Chancellor Olaf Scholz. Currently, Malta is the only country in Europe that has made this bold move.

How things are unfolding is therefore not surprising. How long the process will take is however not clear. While the Finance Minister Christian Lindner (FDP) believes that this should happen by 2023, the Federal Drug and Addiction Commissioner Burkhard Blienert suggested that it will not be possible to have the law in place before the end of 2024.

According to Lauterbach’s plan, about 4 million Germans used cannabis in 2021. This signifies the existence of a vibrant illicit market which by all means presents a significant public health risk.

The plan presented by Lauterbach made a number of provisions for adult-use cannabis in Germany. Adults will be allowed to use and possess 20 to 30 grams of cannabis. Private cultivation of cannabis will be restricted to 2-3 plants per household, according to reports from the local media. In addition, marijuana-related cases that are ongoing but no longer illegal due to the new laws will be dropped. The coalition government plans to introduce a special tax for marijuana consumption alongside the usual sales tax. The plan also includes rolling out country-wide cannabis education and drug abuse prevention programs.

According to Mike Sassano, CEO of Somai Pharmaceuticals, this move is likely to spark a wildfire across Europe. “Europe is officially moving towards full legalization with the bold moves by the German Health Ministry. The initial proposal is being floated and kicks off the public debate that will shape the rules further.

“Germany has long been the leader in medical cannabis reform and all the other countries in EU will follow with similar versions once completed. As countries position behind Germany, so too will the EU parliament and UN be forced to recognize that their rules need modernizing, which is no surprise to these over-arching bodies. 2023 will be a cannabis wildfire in Europe, and Germany is the leader as the biggest EU economy that generally sets the trend and agendas,” Sassano said.

Germany legalized cannabis for medical use back in 2017. The Netherlands allow for small amounts of cannabis to be sold in coffeeshops, but the market is not regulated. According to Mr. Olaf, Germany will not be trying to emulate the Dutch but instead they will be creating a regulated market that other European countries can benchmark against in the future. Legalizing cannabis for recreational use could potentially generate 4.7 billion euros yearly for the German economy, according to a survey that was conducted last year.