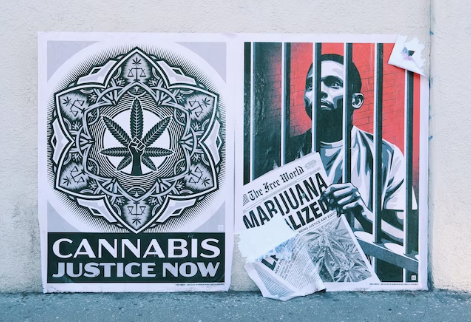 On Oct. 6, President Joe Biden pardoned thousands of people in federal prison on charges of possession of marijuana and announced that his administration would review whether marijuana should still be considered a Schedule I substance.

There is no doubt that this action by the president will benefit the lives of thousands of Americans. However, there are still thousands of people in state prison for possession of marijuana and in federal prison for the distribution and sale of marijuana. Until marijuana is legalized or decriminalized in the United States, people will continue to be sent to jail for use of a substance that is legal for recreational use in 19 states.

One important reason that marijuana should be decriminalized is that, by some metrics, marijuana is safer than alcohol, a drug commonly used by Americans. It is considered impossible to overdose on marijuana. It is also extremely difficult to develop an addiction, although it is possible to have a dependence on it. Additionally, over 60% of Americans support the legalization of marijuana for recreational use and 90% support its legalization for medical use.

Besides the attitudes of the vast majority of Americans as well as the safety of marijuana, there are economic reasons why the U.S. should legalize the drug federally. If marijuana were legalized at the federal level, people who currently purchase weed from unregulated sources would purchase it from licensed cannabis dispensaries. Shifting demand away from unlicensed sellers would allow the government to benefit from taxation of marijuana. Currently, recreational marijuana is legal in 19 states and the District of Columbia. In 2021, those states reported a combined $3.7 billion in revenue.

Regulation would allow for consumption of safer marijuana and knowledge about what is in the product. Purchasing marijuana illegally increases the possibility of potency inconsistencies, mold and pesticides. Legalization would allow customers to know what is in their marijuana, including tetrahydrocannabinol (THC) and cannabidiol (CBD) percentages, allowing users to be aware of the potency of their marijuana. Regulation will help keep people safe from the dangers of using too much marijuana in a short period of time. Though marijuana overdoses haven’t been observed to be lethal, they can still cause serious adverse mental and physical effects.

Legalization of marijuana also leads to greater participation in the labor market and higher rates of employment, as more people are employed to work in this new industry. Legalization of marijuana federally would allow all states in the country to reap the benefits that many states have already seen. Additionally, legalizing marijuana would reduce law enforcement and incarceration costs, freeing up those dollars for other priorities.

Efforts to legalize or decriminalize recreational and medical marijuana have been attempted on both sides of the aisle. While many of the states that have fully legalized marijuana are controlled by Democrats, states under Republican control such as Mississippi and Alabama have legalized marijuana in some capacity. This demonstrates that efforts to decriminalize marijuana have support from both parties, making it easier to pass at the federal level.

Additionally, Congress has attempted to decriminalize marijuana and remove it from the federal list of controlled substances, with some Republican support. There are currently two bills in Congress regarding the legalization or decriminalization of marijuana, one introduced by a Democrat and one introduced by a Republican. The Democrats’ bill would remove marijuana from the Controlled Substances Act and impose a tax on marijuana. Three Republicans signed onto this bill. The bill introduced by Republicans would impose a lower tax on the sale of marijuana and treat marijuana like alcohol under the Controlled Substances Act. While the 50-50 Senate may make it difficult to pass measures legalizing or decriminalizing marijuana, participation by Republicans in such efforts are possible.

Biden’s decision to pardon people in prison for marijuana possession and to review whether marijuana should remain a Schedule I drug is absolutely a step in the right direction. However, it does not go far enough. Marijuana is a commonly used drug that does not have significant negative impacts on health. People do not deserve to be imprisoned for marijuana charges. It’s crucial that the U.S. legalizes marijuana now.