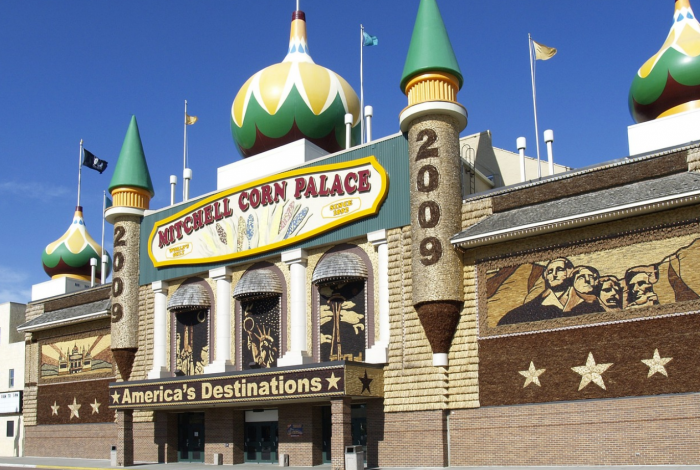 “We didn’t want to give up on Mitchell. We found a good building, and we hope the community will find the rehabilitation of that building will be a benefit to Mitchell,” Emmett Reistroffer said of the company's plan to transform the vacant building that housed Overtime Steakhouse.

The commission unanimously approved Genesis Farms’ conditional use permit to operate a cannabis dispensary inside the vacant building in downtown Mitchell.

After being denied from opening a dispensary in a building on the corner of Fifth Avenue and Main Street in April due to the location being within 300 feet from a nearby church, the former Overtime building doesn't require any variances like the previous property Genesis Farms attempted to turn into a dispensary.

Emmett Reistroffer, the operations manager of Genesis Farms, spoke about the renovations that the company has in store for the building that’s been vacant for over a year.

“We didn’t want to give up on Mitchell. We found a good building, and we hope the community will find the rehabilitation of that building will be a benefit to Mitchell,” he said during Monday’s meeting at City Hall.

The roughly 5,600-square-foot building offers much more space than the previous property the dispensary was proposing to go in.

Although there weren’t any submitted letters in favor or against the plan prior to Monday’s meeting, a representative of a nearby business, Bailey Metal Fabricators, questioned how the dispensary would handle transactions and banking matters with marijuana still being classified as an illegal controlled substance at the federal level.

Reistroffer responded during the meeting and said there are a growing number of banks that are dealing with medical marijuana businesses, including a Sioux Falls bank that the company is using. However, he noted cannabis related banking has some gray areas due to the federal level legal status.

“It’s evolved in other states over the years. Yes, it is a gray area, but there are banks willing to do it. They’ve established protocols from the FDIC to bank with us, and it does require us to have a lot of insurance,” Reistroffer said.

Reistroffer said an ATM type system will be set up inside the dispensary to aid customers with their transactions.

“We will use a cashless ATM at the point of sale, which has kind of been invented from our industry. We can’t process credit cards, but we can process debit cards,” Reistroffer said, noting the company is trying to “minimize cash” transactions.

Despite growing calls from some lawmakers and marijuana supporters urging the federal government to legalize cannabis at the federal level, there hasn’t been any action that resulted in legalizing it as of now. But that hasn’t stopped states from legalizing medical marijuana in the form of voter-approved ballot measures, as medical cannabis is legal in 39 states, including South Dakota.

The Mitchell City Council will have the final say in approving the conditional use permit for Genesis Farms to operate at the 716 N. Rowley St. location. The council will vote on the permit at the Nov. 7 meeting.

While a year has nearly passed since the first few dispensaries were approved, none have opened as of yet. The regulatory measures at the state level are slowing the process for Mitchell’s medical cannabis dispensaries to open for business, according to some local industry representatives.