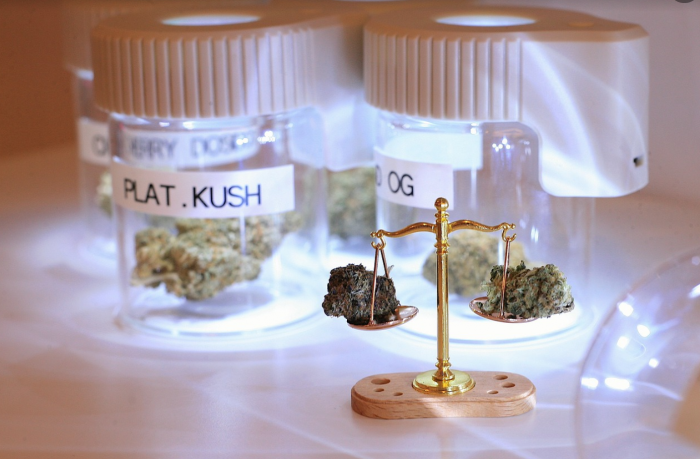 Cannabis consumers in California do not appear to have taken kindly to lofty claims about the high produced by weed pre-rolls from Jeeter, a brand by DreamFields Brands Inc. and Med For America Inc.

According to a report from Cannabis Business Times, the law firm Dovel & Luner is representing plaintiffs who claim they purchased mislabelled Jeeter products at California dispensaries.

As per the Jeeter website, its infused joints average more than 35 per cent THC and “will get you to Mars quicker than Elon Musk.”

But the promising effects did not translate, at least for the people represented in the suit.

Filed on Oct. 20, the class action lawsuit cites false advertising, arguing the THC content is said to average about 35 per cent, but runs as high as 46 per cent in some products.

That was hardly the findings of independent lab tests, the suit alleges.

FOX Business reports that the THC count for Baby Jeeter Fire OG Diamond Infused 5-Pack Preroll, advertised as having 46 per cent THC, came in at 23 to 27 per cent.

The suit was filed by the Dovel & Luner law firm “on behalf of California consumers who purchased cannabis products with inaccurate THC content labels.” It alleges that defendants “overcharged consumers by illegally selling products whose THC content was substantially lower than the amounts listed on the label,” sometimes by 70 to 100 per cent less.

Filed in the Superior Court of the State of California County of Los Angeles, the complaint claims the two companies violated the state’s consumer protection laws, “including California’s Unfair Competition Law and False Advertising Law, among other violations.”

The lawsuit notes “THC content drives the sales of cannabis products — including the price at which the products sell for, how quickly they sell, and whether they sell at all.” It goes on to state, “If defendants told the truth — that is, that its products’ THC content is substantially lower than represented on the label — the price of its products would fall dramatically.”

“We take pride in our compliance and commitment to state-mandated testing procedures, including independent, third-party testing,” the spokesperson noted in an emailed response. “However baseless and ridiculous these claims are, we take them very seriously and look forward to the truth coming to light.”

Plaintiffs are seeking punitive damages, an injunction against Jeeter and a jury should the case go to trial, several news outlets have reported.

A Canadian study comparing illicit cannabis products to their legal counterparts has found lower than advertised levels of THC in unregulated products and pesticide levels that are several hundred times above Health Canada’s limits.

Another study, this time out of the U.S. and involving a selection of CBD products from national retailers, indicated that these, too, are inaccurately labelled.