The Cannabis question: What would legalizing recreational pot mean for North Dakota? 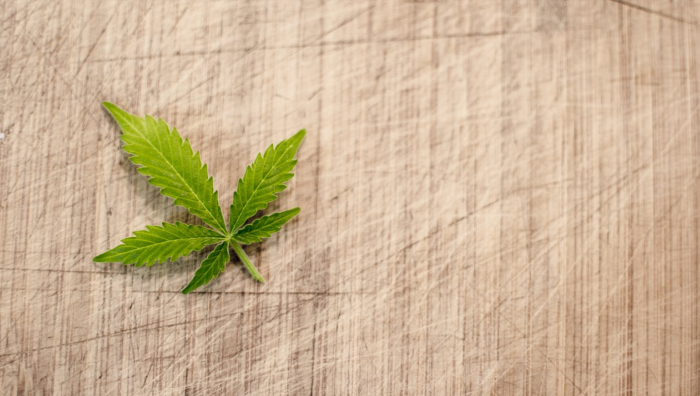 North Dakota would join 19 states, including Montana, in having legalized recreational pot if voters approve the measure.

Similar ballot questions will appear on ballots this year in four other states, including South Dakota.

BISMARCK — One of the final choices North Dakotans have to make on their November ballots will determine whether the state legalizes recreational marijuana. It’s a far-reaching decision with social and economic implications, though supporters and opponents of pot legalization disagree on how Measure 2 would affect the criminal justice system and public safety in North Dakota.

The measure would legalize the possession and purchase of small amounts of marijuana for adults 21 and older. The 19-page statutory measure would also allow adult residents to grow limited amounts of cannabis at home.

If passed, Measure 2 would direct regulators to establish rules and create the legal pot program by October 2023. The measure would allow officials to license up to seven large-scale marijuana growing facilities and 18 retail pot stores, known as dispensaries.

The language of the proposed measure closely mirrors a 2021 bill that passed the North Dakota House of Representatives but failed in the state Senate.

Voters in the state approved the legalization of medical marijuana in 2016 but rejected a recreational legalization measure in 2018.

North Dakota would join 19 states, including Montana, in having legalized recreational pot if voters approve the measure. Similar ballot questions will appear on ballots this year in four other states, including South Dakota.

Dave Owen, chairman of measure group New Approach North Dakota, said one main benefit to legalization is that adults would no longer be at risk of going to jail for possessing small amounts of pot.

In 2019, state lawmakers lessened the penalties for possession of small amounts of marijuana from a misdemeanor to a criminal infraction, which carries a fine of up to $1,000 but no jail time. However, multiple marijuana-related offenses within the same year can add up to a low-level misdemeanor.

But marijuana convictions can hamper someone well beyond the punishment handed down in court, said Fargo defense attorney Mark Friese, the measure’s treasurer.

“People aren’t going to jail for first offenses any longer, but it’s not the immediate impact of the jail time or the fine that’s the problem,” Friese said. “It’s the long-term impact of having a criminal record and not being able to get jobs or go to school.”

Hettinger County Sheriff Sarah Warner stands opposed to the measure, along with the group she leads, the North Dakota Sheriffs and Deputies Association.

Warner said very few people are being arrested and taken to jail for possessing small quantities of pot and legalizing the drug wouldn’t constitute a meaningful criminal justice reform.

The sheriff noted that North Dakota already has legal pot for those with qualifying medical conditions. Owen said the state’s medical program is inaccessible and expensive, and recreational pot would serve ailing patients much better.

“If you look at other states that have had (marijuana legalization), it has been a nightmare for them and their law enforcement,” Warner said.

Warner said she believes the number of driving-under-the-influence incidents will increase if pot is easier to obtain. Performing field sobriety tests is much more difficult with marijuana compared to alcohol, Warner added, noting that blood and urine tests for pot often take more than a week to come back from the crime lab.

Passing the measure would also prove beneficial for taxpayers, Owen and Friese said. The taxes that come from marijuana sales and the savings tied to ending prosecution and incarceration of low-level pot offenders would pad the state’s coffers, they said.

State officials refused to estimate how much tax revenue legalization would generate, but Owen’s group believes it would be upwards of $8 million a year.

Legalizing pot would create greater public safety concerns, especially for the well-being of children, Warner said. Edible marijuana products falling into the hands of kids is “a huge concern,” the sheriff said.

Healthy and Productive North Dakota, a group that recently emerged to oppose Measure 2, has campaigned on the idea that legalization would mean more marijuana use among children.

Fargo addiction counselor Kristie Spooner, the opposition group’s chairwoman, did not respond to multiple calls and emails requesting an interview.

Friese said Measure 2’s opponents have resorted to “fear tactics” instead of engaging in “an intellectually honest debate." He pointed to data from Colorado suggesting that marijuana use among high school students has decreased since the state legalized the drug in 2012.

The Fargo attorney said Measure 2 is a very conservative approach to legalizing pot, adding that he did not support the “poorly written” 2018 legalization measure.

Measure 2 prohibits the use of marijuana in public and in the presence of children. It also includes protections for employers and landlords, Friese noted.

The group behind Measure 2 has received more than $550,000 in donations this election cycle, mostly from national pro-legalization groups and the operators of various dispensaries.

Though the group spent most of the money gathering signatures, Friese said North Dakotans will encounter pro-Measure 2 ads on their TVs and radios prior to the Nov. 8 election.

The Measure 2 opposition group did not report raising or spending any money on the campaign in its most recent filing.