20 State Cannabis Dispensaries are supposed to open this year 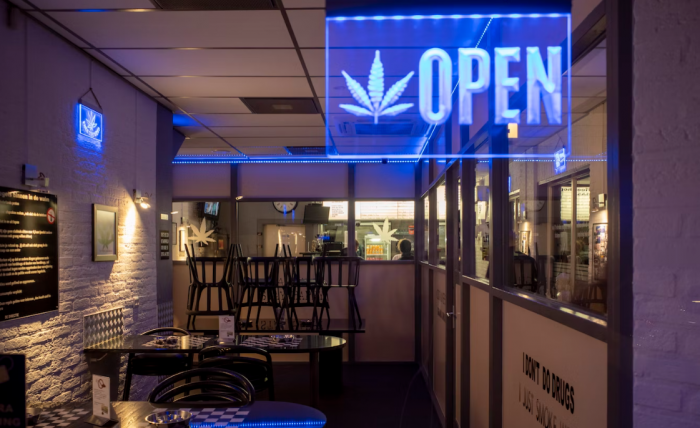 But Not A Single Location Has Been Announced Yet. The delay in Gov. Hochul's plan could jeopardize promised licenses for retailers with weed-related convictions.

Gov. Kathy Hochul says New York is “on track” to open some cannabis dispensaries within months — but industry leaders say they see only red signals ahead.

Her plan is propped up by a $200 million loan fund to help people who have been negatively affected by weed-related convictions open their retail shops, with the first 150 licenses reserved for those with past records.

But players participating in the process warn the timetable may be unrealistic.

“We were really hoping for retail stores to be open on or around the time that cultivators were harvesting, it seemed like the best case scenario. But we’re really just not sure where these first retail stores are supposed to be,” said Dan Livingston, the executive director of the Cannabis Association of New York, a trade association.

Under Hochul’s plan, it’s up to the state to select and lease locations for the dispensaries, including 70 in New York City. Yet the state’s Office of Cannabis Management has not yet announced any locations for dispensaries, anywhere in the state. It also hasn’t said how much has been raised of the $150 million of the $200 million New York Social Equity Cannabis Investment Fund that is supposed to come from the private sector.

The state Dormitory Authority, which is overseeing leasing and construction, said in a statement to THE CITY that the dispensaries rollout was always projected to take until 2023, with the first sales planned for the end of 2022.

“DASNY, acting as agent [of] the Fund, has been searching for sites to be potential dispensaries throughout the state and is currently in active discussions with well over 50 property owners,” spokesperson Jeffrey Gordon said in a statement to THE CITY.

The state planned for the first legal retailers to be those who will receive a Conditional Adult-Use Retail Dispensaries (CAURD) license, which are exclusively for those who were affected by a marijuana conviction. The state will be issuing 150 of those licenses.

The 30-day window to apply for an initial license closed last month, with the Office of Cannabis Management receiving just over 900 applications. The office is now reviewing the applications to ensure those who submitted paperwork meet the requirements, which include having been affected by a cannabis-related conviction and also have proof of having managed a successful business in the past. Once that’s finished, the state will then ask applicants for additional information and their $2,000 application fee.

The state office has also established an estimated timeline for additional licensing for retailers toward the middle of 2023, with regulations for public review to be released before the end of the year.

“The goal has always been to get CAURD licensees into the retail market on strong footing,” OCM spokesperson Aaron Ghitelman said in a statement to THE CITY. “Not only did we structure CAURD licensees to have advantage in the robust, equitable, and stable market we’re building, we are providing individuals and businesses with start-up cost assistance and ready-to-use retail locations.”

Meanwhile, a gray market is booming, with some enforcement from the state but not enough to deter rogue entrepreneurs dealing from trucks, storefronts, folding tables or simply standing on a street corner.

Jeffrey Hoffman, a lawyer whose practice focuses on the cannabis industry, said that while he wants to see the state’s goal of opening dispensaries by year’s end met, it’s not looking good.

He said it was unlikely that any of the dispensaries would be opening in New York City by year’s end because of how long it takes to do construction in the city — and pointing to the thriving gray market.

“We’ve not seen any of the actual milestones that need to be done, done,” Hoffman said. “I don’t think it’s impossible, but we have to get cranking.”

The Dormitory Authority had already issued a solicitation for the design and construction of the dispensaries in May, with proposals due the following month. Gordon said in the statement with the fund manager deal penned the fund could now start signing leases, contracting design-build teams, and moving forward to bring them up to code.

“At this point, Design-Build have been identified and are readying to do the work as sites are identified,” the statement said.

However, the firm has not yet announced the contacting of a firm for the design and construction of the dispensaries, despite a statement from the governor’s office saying it was expected to be announced in July.

Other concerns remain — especially regarding a thin cannabis supply chain. New York State requires all cannabis sold in the new retailers to have been grown somewhere in the state.

Gothamist reported that much of what New York cannabis farmers have produced this year is biomass, which isn’t good enough to be smokeable but could be used to make infused products and edibles.

Livingston said the uncertainties about the retail openings have had ripple effects in limiting the budding production side of the industry, since it costs serious dollars to seed a crop.

“You spend most of your money at the beginning of the season, and you make most of your money when you sell your harvest,” he said. “So the conditions right now for cultivators are not great in terms of selling the harvest. And they put a lot of money into their grows.”

Livingston said members of the association are waiting on regulations to be finalized regarding retail, cultivation and other aspects of the industry, such as when legacy and medical retailers can apply for recreational licensing. He said if the dispensaries aren’t going to open quickly enough, the Office of Cannabis Management should be looking at contingency plans, such as allowing delivery or sales at farmers’ markets, that’ll help growers sell their harvest.

“There are people in the industry who certainly have a lot of capital and can sit around waiting for a really long time,” he said. “But there are a lot of folks in the cannabis industry and people who are hoping to get licenses who need to proceed with some certainty, because they’re risking a lot more of what they have in order to set up a business.”