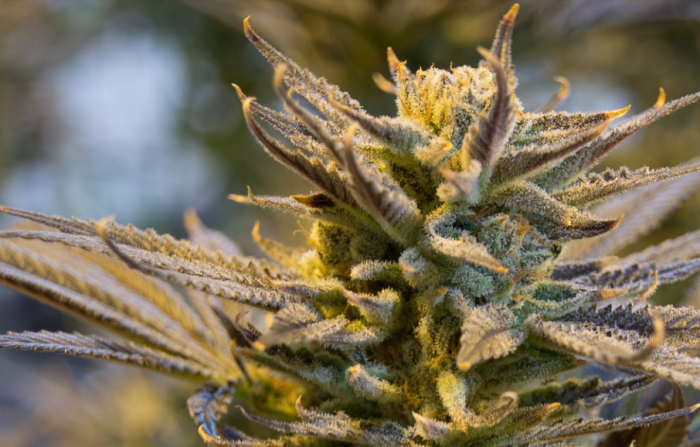 KANSAS CITY - When Missouri voters go to the polls in November to decide whether recreational use of marijuana should be legal there’s a lot more than pot use at stake.

Approval could mean big money for the state and cities.

Marijuana is estimated to be an almost two-billion-dollar market in Missouri. Most of that is due to illegal sales with no benefit to the state. But if voters approve the amendment, the hope is that those underground buyers would move their business to stores, creating revenue by way of taxes.

If approved, Amendment 3 would allow those 21 and over to  possess, purchase, consume and cultivate marijuana. A recent SurveyUSA poll showed that 62% of Missouri voters favor the amendment.

Fresh Greens is a local dispensary in Lee’s Summit. Currently, it caters to patients—those with a medical marijuana card. Right now, budtenders work with patients who are ready to try something else. There is a lot to choose from—you can smoke, chew and even drink products containing marijuana.

Right now, Fresh Greens is gearing up for what’s likely to happen next. They are adding staff and expanding hours. Owners are confident it will pass because economics are too much to ignore.

“I think it’s going to be a tremendous benefit for the state and for the cities,” said Rob Sullivan, co-owner of Fresh Greens.

Under the Amendment, marijuana would have a six percent state sales tax. The money generated would go to veterans, drug addiction treatment, and the public defender system. It would also help pay to automatically expunge non-violent marijuana criminal record.

In addition to the state tax, there will be a three percent local tax that can be used for whatever a community wants—and it could be a lot of money.

“The amount of revenue just from us to Lee’s Summit will be six figures, at least,” said Sullivan.

KCTV5 news spoke with a cannabis economic expert who advises states and countries on what they can expect from legal sales of marijuana. He says while the taxes can be a big help to state coffers, there’s a limit to what consumers will pay.

“Consumers are extremely price sensitive when it comes to cannabis purchases,” said Beau Whitney of Whitney Economics. “But they’re willing to pay a premium to do things in the legal market, just as long as that premium is not excessive. The sweet spot really is 10 to 15 percent premium above the illicit market price.”

Whitney provided this forecast for Missouri, if the amendment is approved:

That’s translates to about $81 million in taxes—and it would continue to grow.

Missouri could also benefit from so called canna tourism—people from other states coming to Missouri if pot is illegal in their home states.

“Let’s fact it, there’s going to be spillover into the legal state when it’s adult use,” said Sullivan. “You will have to show ID, but it doesn’t have to be a Missouri ID—just that you are 21.”