Midwest Marijuana: Of the 2 local states where recreational weed is legal, Michigan outpaces Illinois in many areas 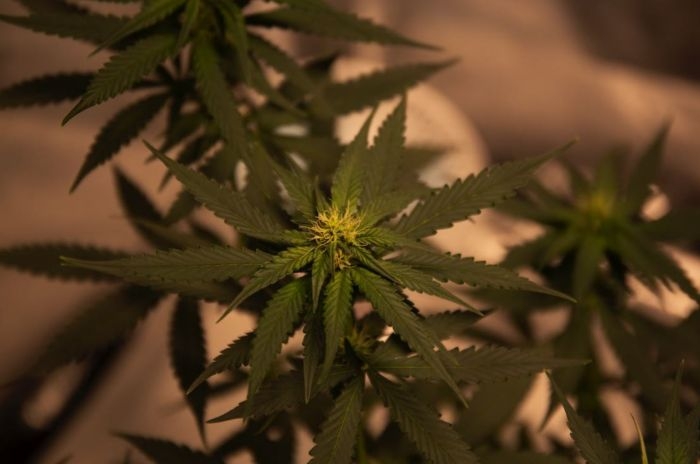 “Pure Michigan” may evoke visions of beaches and cherry pie to some, but for cannabis consumers, it means clouds of smoke and bargains on weed.

The state’s brand is clear in the online social media site Reddit, which features a page dedicated to Illinois marijuana users — who often make longing references to Michigan’s cannabis scene.

“Why can’t Illinois be like Michigan?” wrote one commentator.

“Appreciate the hospitality in Michigan. Nothing even close to this good in IL.”

The two states are the only ones in the Midwest that have legalized recreational or “adult use” marijuana, at almost the same time — Illinois in January 2020, and Michigan the month before that. While Illinois has a social equity plan that Michigan lacks, the Wolverine State has surpassed the Prairie State in many ways.

Despite Illinois having a larger population of nearly 13 million, compared with Michigan’s 10 million, Michigan had slightly higher sales of medical and recreational cannabis combined in 2021, with both states near $1.8 billion.

Michigan had more than 1,500 adult-use businesses as of July, while Illinois had only 21 operating growers and 110 retail stores — though more are on the way.

Illinois required applicants to go through a complicated and drawn-out application process, resulting in numerous lawsuits, though the process has been simplified for the future. In free-market Michigan, if applicants meet the criteria and have local permission, they get licensed, with no limit on the number of businesses.

Perhaps the most glaring difference between the states is in price. The much greater competition in Michigan led wholesale cannabis flower prices to collapse nearly 75% since January 2020, with a pound selling for less than $1,000 and ounces going for less than $100.

In Illinois, by contrast, $100 might buy one-fourth of an ounce. Indeed, a recent analysis by industry watchdog Grown In found that Illinois has the highest prices among the nation’s 19 adult-use states.

The high prices keep the majority of cannabis sales in Illinois on the illicit market, according to the Anderson Economic Group. The prices also drive some customers on road trips to stock up in Michigan, where they say the product is often better — though it remains illegal to take it out of state.

“The differences are unbelievable,” said Cole Preston, host of the “Chillinois” cannabis podcast. “People are frustrated. Most cannabis users in Illinois are saying, ‘Go to Michigan for your weed.’”

In response, Illinois officials pointed out that the state has issued 88 craft grower licenses, 185 dispensary licenses, and many more infuser and transporter licenses that have yet to open.

That means that the next year will be one of “incredible growth and momentum,” Christopher Slaby, spokesman for the Illinois Department of Financial and Professional Regulation, told the Tribune.

He emphasized that under the state’s controlled release of business licenses, the newest licenses are 100% owned by social equity applicants, with at least 45% majority-owned by people of color.

The state generally defines social equity applicants as people with past low-level marijuana charges, or those from areas most harmed by the war on drugs, marked by poverty or high arrest rates for marijuana, which typically designates mostly Black and Latino neighborhoods.

But, facing long delays in licensing, rising costs and difficulty in getting funding, none of the new social equity license holders have opened for business yet. Only one African American and four Hispanics had an ownership interest in Illinois dispensaries as of last year.

In Michigan, regulators don’t consider diversity when issuing licenses. The state did recently start a voluntary program to promote diversity in business plans.

Illinois regulators note that COVID disrupted the state’s licensing plan, and say the state’s limit on licenses offers some protection against drastic price fluctuations and market saturation seen in other states.

While cannabis remains illegal under federal law, the differences between the two states are a consequence of how they started. Michigan used voter referendums to legalize medical marijuana in 2008, and recreational pot in 2018.

It largely followed the path blazed by other states where voters legalized the plant, such as California, Colorado and Oregon. Those states have issued thousands of licenses, resulting in a booming industry creating many jobs and hundreds of millions of dollars in tax revenues.

But oversupply leads to low prices, consolidation, and some closed businesses. California in particular is wrestling with more product grown and sold illegally.

In contrast, Illinois was the first state to open a legal recreational market through legislation. That meant that lawmakers could write the law to promote greater diversity. But the law allowed a few existing medical cannabis companies to dominate the market. They got a nearly three-year head start selling adult-use pot while social equity applicants were delayed.

Both states let people clear low-level marijuana convictions from their records. But Michigan is more liberal in several other aspects. While Illinois allows residents to possess 30 grams of marijuana — about 1 ounce — Michigan permits possession of 2.5 ounces.

Michigan also allows home delivery of cannabis to medical patients. It has one overseeing regulatory agency, rather than several. And it has a special events license to allow public consumption at concerts and other happenings.

Michigan also has lower taxes, with just a 16% tax, compared with Illinois taxes that can run as high as 45% in Chicago. While cannabis taxes in Michigan go primarily to roads, schools and local governments, in Illinois, it’s earmarked for rebuilding communities, to law enforcement and municipalities, and to fight substance abuse.

Michigan has not been without problems, as it issued a recall for an estimated $240 million worth of marijuana last year after tests found mold contamination.

With an unlimited number of business — just as most other industries allow — Michigan now faces a huge oversupply of cannabis — with the potential supply exceeding sales by more than five times, Michigan cannabis attorney Bob Hendricks said.

“People who get into this are super risk-tolerant,” he said. “If you like the adrenaline rush of, ‘What’s it gonna be like today?’ you’re in the right industry.”

Jeff Remijas, owner of Beachgrass Events, recently organized a concert and weed-friendly gathering at a racetrack in Hartford, Michigan, which had not one but two consumption areas, one primarily for smoking, the other for dabbing, or inhaling concentrated cannabis, with a joint-rolling contest and prize giveaways.

Remijas sees the event as similar to the beer and wine fests that occur all over Michigan, with cannabis growers providing a personal, artisanal touch, similar to microbreweries.

But Michigan had a bumpy start, with some local prosecutors charging and convicting growers with breaking the law. The city of Detroit only recently began its business licensing process, after being held up in court for two years.

And from the perspective of licensed business operators in Michigan, attorney Denise Pollicella said, “Michigan is an example of how not to create a cannabis industry.”

The state allows more than 20,000 caregivers to grow up to 72 plants at a time, without lab-testing their product or tracking its sale, as licensed dispensaries must do. Speaking at a Benzinga cannabis investor conference in Chicago last week, Pollicella said Michigan created “an almost state-endorsed illicit market.”

Caregivers made a lot of money without normal business constraints, but so many people got into the industry that the value of the businesses crashed and people are getting out, Pollicella said. Corporate growers have pushed for limits on caregivers.

Melissa Wagamon, president of the Great Lakes region for Cresco Labs, who oversees operations in both states, described Illinois as having a “sustainable” market, and said prices in Illinois have come down about 10% over the past year.

She said she’s excited about new dispensaries opening in the future, saying, “That’ll make a huge difference. That will be a catalyst for growth.”