Thailand has Legalised Cannabis, but its War on Drugs Continues 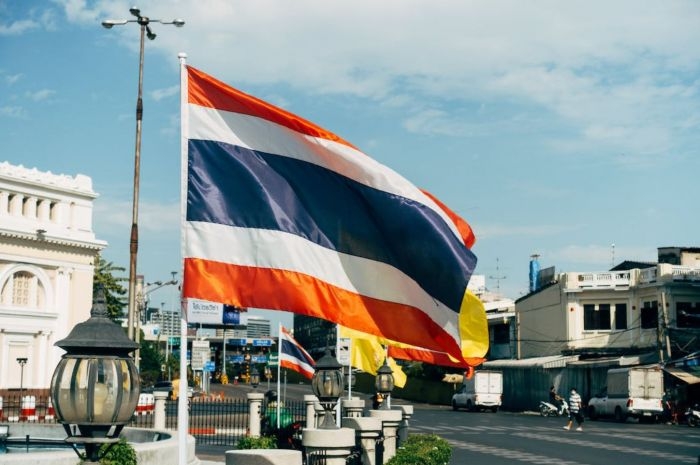 Thailand has introduced the most progressive drug laws in South East Asia in relation to cannabis. But the war on ‘harder’ drugs continues. Dateline meets some of those on the frontline.

Desperate to revive tourism, Thailand has relaxed its drug laws. But will visitors on a high, deepen the nation’s drug problems? Watch Dateline's documentary 'Thailand: Drugs, tourists and prison time' 9.30pm Tuesday August 30 on SBS or stream it via SBS On Demand. Thailand’s reputation is somewhat of a paradox; while it’s long been seen as an adult playground for Western tourists, the country is also notorious for its hard-line stance on drugs.
For decades it’s had some of the harshest drug laws in world. But after its economy was crippled by the COVID-19 pandemic, Thailand partly relaxed its approach in a bid revive the tourism industry and ease overcrowding in prisons. In June, the country legalised marijuana, allowing people to grow cannabis and smoke it at home. Immediately after the law passed, more than 3,000 prisoners convicted on cannabis-related charges were released from prison.
It also appears to be having its desired effect on the tourism front. Highland cafe is the first legal cannabis cafe to open in the country and is already attracting hundreds of locals and tourists. Bangkok-based legal expert Nathan Feeney has represented hundreds of locals and foreign nationals charged with drug-related offences. “It's been a bit of a surprise, because Thailand's been really tough on drugs, historically,” he says.
“As long as I've been here, that's the thing you don't want to do. You don't want to have a drug case in Thailand... I'll say most foreigners, if they're involved in a drug case in Thailand, it's a cannabis charge." This change complements a narcotics bill, legislated in 2021, which is meant to emphasise treatment and prevention instead of punishment. The narcotics law reduces hefty sentences for people convicted on drug charges and is designed reduce overcrowding in prisons, which are running at triple the official capacity. Thailand previously considered possessing anything over 0.375 grams of a class one drug to be trafficking, a charge that attracted a minimum four-year sentence.

But Thailand’s legalisation of cannabis doesn’t extend to other illicit drugs. The country is battling a big methamphetamine (meth) problem. Ploy is a drug user and former dealer who lives in Bangkok. She initially started using a meth pill known as ‘yaba’ so she could have the energy to work longer hours. Yaba is a combination of meth and caffeine and it’s become increasingly cheap and more available in the past few years.
Ploy said she quickly became addicted to the drug and then started dealing. “I was using everyday so it gradually became part of my life and I wasn’t aware at what point I was dependent on it,” Ploy says. “It wasn’t until I went inside [into jail] that it came to me that ‘Oh, so this is withdrawal. I am dependent on it.'" In January 2015, Ploy was arrested during a drug deal. She was caught with three grams of drugs and thousands in cash.
She was charged and served three years and nine months in prison. “It was so crowded that each was limited to a shower of eight water bowls,” she says. “It doesn’t encourage one to be generous toward other prisoners, people around you. It’s rather you have to compete with them. You have to survive.” Ploy’s experience isn’t unique; Thailand’s unforgiving approach to drugs other than cannabis means about 80 per cent of inmates in the country are jailed on drug charges. Part of the reason yaba has become so plentiful and cheap in Thailand is due to reasons outside of its jurisdiction.
The 2021 coup in neighbouring Myanmar has not only lead to political instability but resulted in meth being produced at extreme levels by groups both for and against the military. It’s made Thailand’s war on drugs even harder, with the country now being flooded with drugs at its borders. Dateline was given rare access to the Pha Muang task force, a specialist military unit targeting drug smugglers.
In the first seven months of 2022 Pha Muang seized 120 million yaba pills, almost double the amount from last year. His team is charged with guarding the country’s vast borders that range from the majestic Mekong River to the mountains and roadside border crossings. Lieutenant Guy took Dateline on a patrol of the Thailand-Myanmar border which is the doorstep of some of the world’s biggest meth producers. The area is part of the so-called ‘Golden Triangle’, a region notorious for drug production. About 70 per cent of Australia’s meth is believed to come out of this region.
“We have to try every avenue to prevent drugs from the other side to reach our side,” he says. “We can only prevent them from moving or transporting drugs to our side. That’s all we can do really.” The drug traffickers tend to move at night to make it harder for authorities to catch them and confrontations often end in deadly violence. Just weeks before filming, Pha Muang came into contact with traffickers, killing nine people and seizing 1.5 million yaba pills. “It’s life-threatening kind of dangerous because, assuming our group are hiding, and the enemy force is larger in numbers,” Lieutenant Guy says. “We don’t recommend coming here at night because if the enemies are trafficking drugs and see us, they might shoot us first.”

The community impact of drugs in Thailand

The Thai borders are the frontlines of the country’s war on drugs and you don’t have to travel far to see the devastating impact it’s having in vulnerable villages in northern parts of the country. Watcharapong Phumchuen, known to locals as ‘Toon’, is the Head of the Northern Substance Abuse Centre at Chiang Mai University. He is a staunch advocate for education over decriminalisation and volunteers in some of the areas hardest hit by this epidemic. “I believe Thai people or the authorities can see with their own eyes and their heart that Thailand's drug problem is becoming more aggressive and severe,” Toon says.
“Poverty, narcotics and a government that cannot find a solution are all real issues.” Toon is somewhat ambivalent about the new drug laws and believes until the government properly addresses rehabilitation and prevention, communities around the country will continue to pay the price. “We will never win the drug war because the drug problems that exist in this world, in Thailand's community, are so much more complicated than any human in any position can comprehend. “The most important thing is that we need friends and a lot of support while we are dealing with the drug problem.”
Region: Thailand