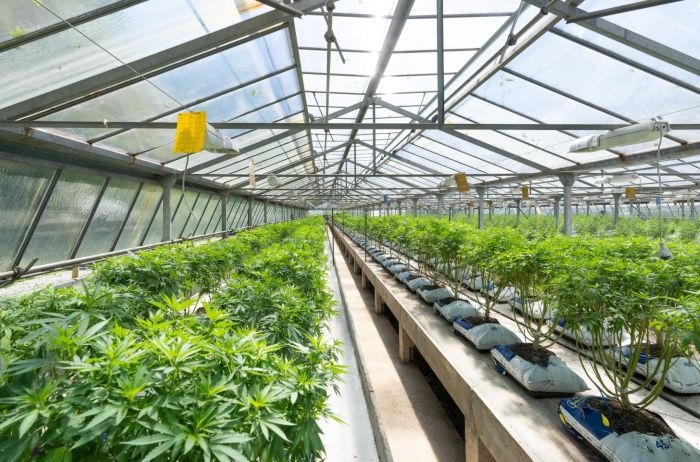 The state has hit a milestone in the approval and issuing of cannabis licenses, surpassing 1,000 since the Cannabis Control Division began issuing them last fall.

To date, 1,027 total licenses have been approved and issued.

Those numbers were shared by the division on Tuesday in a presentation to lawmakers on the Legislature’s interim Courts, Corrections and Justice Committee.

The update comes nearly half a year into the sale of adult-use cannabis, which has so far generated nearly $88 million in recreational sales for cannabis businesses. And it comes at a time when lawmakers and industry leaders are raising questions about equity in the cannabis industry.

“We’ve undid the alcohol monopoly and now we’ve created a super monopoly. Six (businesses) controlling the market,” said Sen. Joseph Cervantes, D-Las Cruces, referring to a group of legacy operators in New Mexico that controls a large share of the cannabis market. “I think what is unfair is we’re letting people believe they can get in the market.”

In CCD’s update, 292 licenses were issued to retail businesses, 188 to producers and 91 to manufacturers – the three main license types.

CCD began accepting applications for licenses late last year and began issuing licenses as early as September. But a big push in approvals came as April, the start of recreational sales, got closer.

Vertically integrated licenses – which allow businesses to grow their own plants, manufacture their own products and operate storefronts – accounted for 110 licenses, according to the data. And less common license types, including those issued to cannabis testing labs and consumption areas, accounted for five total approved licenses.

But New Mexico, unlike other states where cannabis is legalized either recreationally or medically, allows for multiple premises to be attached to a license – leading to what can account for more physical locations than what is shown in the number of total approved licenses. For instance, there are about 471 storefronts attached to the nearly 300 retail licences, according to CCD data.

The number of licenses approved over the past few months has given some industry leaders and lawmakers reason to praise the new industry. It has given others a reason for concern.

Ben Lewinger, the executive director of the New Mexico Cannabis Chamber of Commerce, said the aggressive timeline of the state in approving licenses for cannabis businesses and the fact that there is no cap is a win for those looking to get a fresh start in a new industry.

“We want a diversity of operators … for a variety of different customer experiences,” Lewinger said, adding that some adjustment may be needed as time goes on to keep the industry in good standing.

Andrew Vallejos, the director of the Alcohol Beverage Control Division for the state’s Regulation and Licensing Department, said putting a quota on the number of licenses will lead the cannabis industry down the same path as that of liquor – further benefiting a number of businesses in the industry that share the majority of the market.

Sen. Katy Duhigg, D-Albuquerque, said there are risks both ways regarding cannabis licenses.

“While Director Vallejos is right that if we put a quota on licenses we’re going down that same path as alcohol, at the same time all we need to do is look around at the states that have unlimited licensure and see how those markets have flooded and how the bottoms have fallen out on them,” Duhigg said. “It shouldn’t come as any shock to anyone when our market floods because of our unlimited (cannabis) licensure, and a lot of people lose a lot of money.”

Duke Rodriguez, the president and CEO of Ultra Health, told the Journal the state has already gotten to a point where he can see more than 200 retail locations closing in the next year due to market saturation caused by the state having no cap on licenses.

“I tend to think of it as a very scary and ominous sign of what is ahead of us,” Rodriguez said.