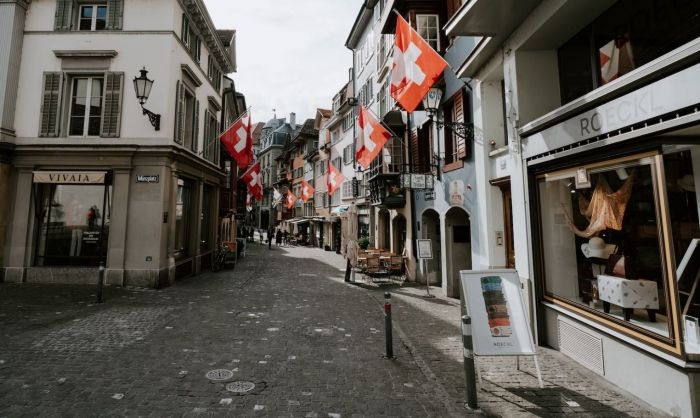 With the modification of the Swiss Narcotics Law, which changed the legal status of cannabis, patients can now obtain medical marijuana through a simple prescription from their doctor. (Benzinga)

Starting September 15, Basel City will begin the first Swiss project on the legal sale of cannabis in pharmacies. The project will help evaluate the effects of new regulations on the recreational use of cannabis and combat black market distribution.

The Federal Office of Public Health approved the pilot in April. As a part of the project, the University of Basel, its psychiatric clinics and health department will participate.” Six cannabinoid products – four types of cannabis flowers and two types of hashish – will be sold in nine pharmacies selected by the authorities,” said Lukas Engelberger, health minister.

Cannabis users over 18 can now register to participate, with the number of participants limited to 370. In addition, pharmacies will charge prices around those set on the black market for products with THC content. A gram will therefore cost CHF8-CHF12 ($8.40-$12.60).

The Swiss parliament laid the legal basis for such small-scale initiatives in September 2020. After that, also other local authorities, including Zurich, Geneva and Bern, applied to roll out similar trials.

In 2008 almost two-thirds of Swiss voters rejected an initiative to decriminalize cannabis consumption. Despite a legal ban, the health office estimates there are 220,000 regular consumers of cannabis in Switzerland.

However, since August 1, medical cannabis is legal in Switzerland. With the modification of the Swiss Narcotics Law, which changed the legal status of cannabis, patients can now obtain medical marijuana through a simple prescription from their doctor. Before medical cannabis was legalized patients had to apply to the Federal Office of Public Health.

As reported by Forbes, the new legislation enables the export of medical cannabis for commercial purposes. Companies should apply for authorization from Swissmedic, the Swiss surveillance authority for medicines and medical devices.

According to EU standards, available medical cannabis contains high levels of CBD and less than 1% THC.