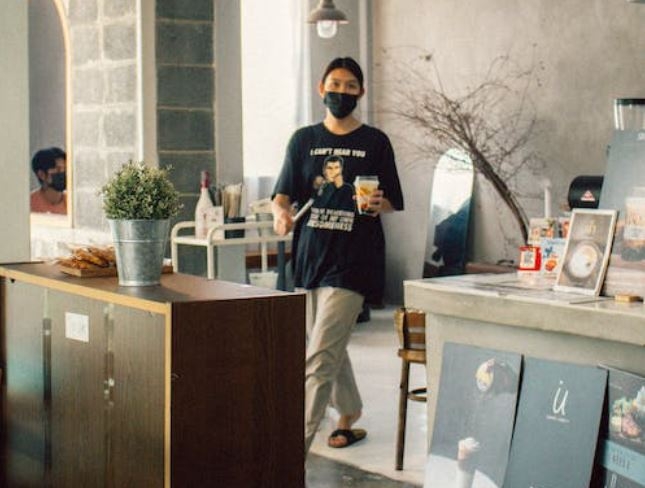 A Cannabis Cafe has opened up in Bangkok just weeks after Thailand decriminalised the drug.

Thailand became the first Southeast Asian country to legalise cannabis for medical use back in 2018.

But it wasn't until June this year that it was officially decriminalised. The business opportunities afforded by the move did not go unexploited.

The RG420 cannabis cafe opened just days ago in Khao San, an area of Bangkok popular with backpackers, and hundreds of foreign and local customers alike are already flocking to the venue.

Tourism authorities insist that the law is all about medical use, and government officials—concerned about negative health effects often linked to uncontrolled use of the plant—have retrospectively tried to discourage its recreational use.

A parliamentary committee is now debating a bill to regulate cannabis use that is expected to finalise in September, which could impact the cannabis cafes.

Nevertheless, several such outlets have sprung up across Bangkok since the decriminalisation.

RG420’s owner Ongard Panyachatiraksa and others like him view their cafes as crucial to efforts to revive a tourism industry that contributed about 12 per cent to GDP before the pandemic devastated the sector.

Foreign arrivals amounted to just two million in the first half of 2022, down from nearly 40 million in 2019.

"Cannabis and tourism are a match,” Panyachatiraksa said.

Clarifying the terms of the new law in June, CNN reported that it 'is no longer a crime to grow and trade marijuana and hemp products, or use parts of the plant to treat illnesses', and that 'cafes and restaurants can also serve cannabis-infused food and drinks—but only if the products contain less than 0.2% tetrahydrocannabinol (THC), the plant’s main psychoactive compound'.

“We [have always] emphasised using cannabis extractions and raw materials for medical purposes and for health,” the Minister of Public Health told CNN at the time.

“There has never once been a moment that we would think about advocating people to use cannabis in terms of recreation—or use it in a way that it could irritate others.”