Ukraine’s battle for Medical Cannabis – the Campaigners on the Frontline 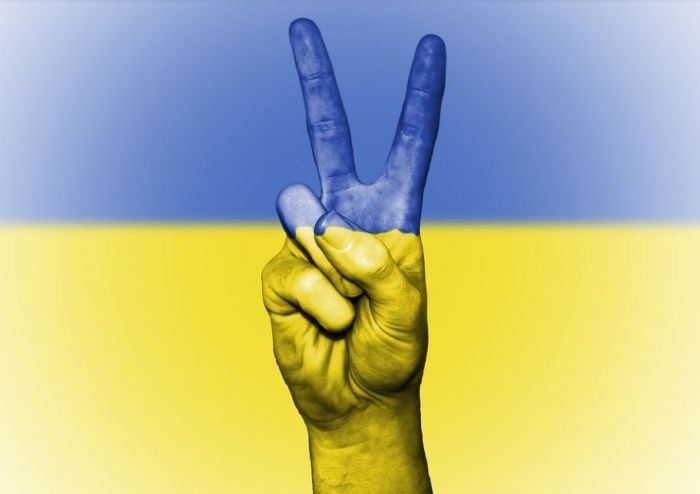 Advocates in Ukraine have called on the global cannabis community for support.

While the war against Russia rages on, medical cannabis advocates in Ukraine say access is vital as the country faces an impending mental health crisis.

“The smell of cannabis in Europe always gave me a sense of freedom,” says Nazariy Sovsun, a resident in the city of Kyiv.

“This is something we want for Ukraine too.”

Nazariy has worked in drug policy since 2011. He and Maksym Kharkavyi, are members of Freedom March, a longstanding movement, which has advocated for the legalisation of cannabis in Ukraine since 2005.

“For generations we have been fighting for adoption and implementation of the drug policy strategy in Ukraine, organising rallies, campaigns and advocating for cannabis patients in the courts,” Nazariy explains.

But since Russia invaded Ukraine in February this year, and many of their fellow activists went to defend their country on the frontline, they have been coming to terms with a new normal.

“Your whole life is structured by the war,” says Maksym.

“Our perception of safety now compared to people abroad is quite different. We still have rockets once in a while, and bombing, but in a way we have gotten used to it.”

He adds: “We understand that the war will not end tomorrow and probably not the day after either.

“A lot of our members are fighting, so it’s hard to provide our usual campaigns right now, but we also feel that we are responsible for the patient community, in a way they belong to Freedom March.”

Instead, the movement has turned its attention to supporting the millions of patients left without inadequate medical care – and the many more expected to suffer severe mental health affects in the aftermath of the crisis.

“There is a huge humanitarian crisis and we decided to start a fundraiser to appeal to the cannabis industry to help Ukraine to solve these issues,” explains Nazariy.

“The problems are huge. A lot of medical facilities, including hospitals and cancer treatment centres, have been ruined and many people have travelled to the West of the Ukraine meaning hospitals are overcrowded and there is not much access to medication.”

But it’s not only physical wounds they are contending with. Another battle is yet to come; one borne out of the trauma war leaves behind in its wake.

Freedom March believes medical cannabis will be a vital tool in this impending mental health crisis.

“For some time our campaign has been dedicated to the topic of medical cannabis,” Nazariy continues.

“We understood following the war of 2014 that we would have problems with people experiencing PTSD. We expect to see even bigger problems now.

“For a large number of people in Ukraine they are still in the midst of a very traumatic situation, so the biggest challenge is yet to come.”

The Ministry of Health has estimated that up to 30 per cent of Ukrainians will experience not only PTSD, but other mental health issues, brought on by the trauma of war.

In countries where medical cannabis is legal, including the UK, PTSD is one of the most common conditions for which it is prescribed, with many experts and clinicians believing it has real potential for symptom management.

Data from a US focus group study, published earlier this year, found that after 90 days of treatment with cannabis, PTSD symptoms among veterans were reduced by 47 per cent with 71 per cent in remission. These findings are echoed in data from Canada and the UK.

“A huge number of our veterans are going to need medical treatment and the provision is not there right now,” says Maksym.

“There is no way the government will be able to tackle that huge pandemic situation.”

The money will go towards funding medical, psychological and financial support for wounded veterans, patients who are unable to access medical treatment and children whose parents have been killed in the conflict.

There will also be a drive to improve education and awareness of PTSD symptoms among the medical profession. Freedom March is developing partnerships with universities, such as King’s College London to train its medics in diagnosing and treating the condition.

“Our main focus is to provide some ambulatory care for these veterans, where they will have access to psychological support,” says Maksym.

“For now, we will use all the options which are legal and available. At some point, we hope there will be access to cannabis-based medicines and that some veterans will have a positive response to that.”

It is hoped that this will be sooner, rather than later.

A route to legalisation

Earlier this year the Ukrainian government advanced a bill for approval which would regulate cannabis for “medical, industrial purposes, scientific and scientific-technical activities”. Up until now, several such bills have failed to make it through the Ukrainian parliament, with the Kyiv Post previously reporting that a draft bill on the use of medical cannabis failed to be approved on 13 July 2021 and was sent for reworking.

In a Facebook post on 7 June, Health Minister Viktor Liashko, said there was “no time to wait” to approve the bill that would allow more patients to access a “necessary treatment for cancer and post-traumatic stress disorder resulting from the war.”

“Therefore, we have already prepared a legislative basis to ensure the full cycle of production of cannabis-based drugs in Ukraine, from cultivation and processing to full-fledged production.”

But Nazariy and Maksym say there are still hurdles to overcome. “There is a good chance that the bill will be successful, but we also need to work with the media, because for many politicians this is a tricky issue and they just don’t want to do it,” Nazariy says.

“The police are also strongly against it and have put forward changes that go against the logic of the law.”

Maksym adds: “I think the intention is good, but because of the opposition from police we cannot say whether this is a good bill yet.” While there is no way of knowing how many patients are currently using medical cannabis in Ukraine, there is considerable support for the legalisation among citizens.

A poll conducted by President Zelinsky during the election in 2020, found that 65 per cent were in favour of it.

On the frontline, many soldiers are also turning to cannabis during their downtime to help switch off from the horrors, according to Nazariy. “It’s impossible to count how many people are using medical cannabis right now in Ukraine,” he says.

“A lot of our activists are fighting and we have meetings with them, so we get information. Soldiers are consuming it, not on the battlefield, but when they are on rotation, for example, to fight the tremors and to help them sleep or just relax. “We know that it’s not only veterans but also cancer patients and those with conditions such as multiple sclerosis.”

How the cannabis community can support Ukraine

The activists would like to see a legislative model similar to that in Canada, where patients have access to medicine, but that also offers opportunities for employment and economic growth.

A legal cannabis industry could be a tool in rebuilding the country after the war.

“We understand that we need a lot of money right now and cannabis can be a driver for important investments in Ukraine,” says Nazariy.

“It will bring big and small businesses to Ukraine that will provide jobs for the people and will put money into the country’s economy.”

They have also appealed to global cannabis companies to consider Ukraine as a viable market and explore providing financial support to the movement.

“If this bill goes ahead, we understand that the opportunity for the medical cannabis industry in Ukraine would be huge,” he adds.

“We don’t need a lot of money to implement our ambulatory but we do need some financial support, this would be very helpful for us right now.”

Maksym adds: “In Ukraine things get done not because of the state, but because of society and voluntary organizations. We don’t personally see any reason to believe that this support for patients will be any different.