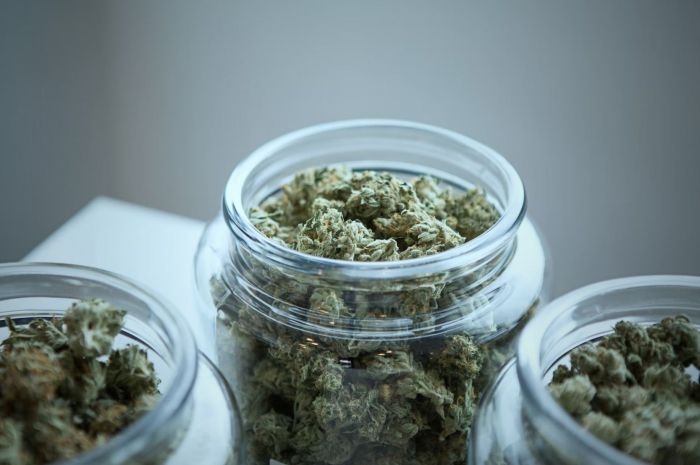 Plans for a new $200 million marijuana growing and production facility in South Buffalo are back on track.

The project, years in the making, is finally advancing toward the start of construction in as soon as a few weeks, with the first phase possibly opening for business by next summer. The reason: New York's legalized pot market is gaining clarity, with regulations being finalized, and the first sales are expected in a few months.

But now, the legalized market has started to take shape, even if the final rules haven't been adopted. The launch of cannabis sales is expected by the end of the year, and more than 200 cannabis growers already have been licensed by the state. So Zephyr is moving forward again with its plans to create the sprawling pot farm and manufacturing operation in the Buffalo Lakeside Commerce Park. It already received city planning approval for the project. Now it's seeking $1.3 million in sales and mortgage tax breaks from the Erie County Industrial Development Agency, plus an extended – and much more lucrative – property tax reduction that would last for 14 years.

The project still faces hurdles – not the least of which is final implementation of state regulations for legalized recreational marijuana sales. Additionally, Zephyr still needs state authorization to start operations, which isn't guaranteed.

So in a bid to speed up that process, it's now teaming up with a Canadian real estate firm and one of the leading medical cannabis licensees in New York state, which will run the local plant. Backers hope that will make it easier to get a green light from the state, and help the project itself by relying on an experienced manager that has already done it. Encinitas, Calif.-based Zephyr will build and equip the cannabis cultivation and manufacturing project but will then sublease the entire space to Toronto-based RIV Capital and its subsidiary, Etain LLC, according to an application submitted by Zephyr to the ECIDA.

Based in the Westchester County hamlet of Katonah, Etain is a women-owned firm that is led by three sisters, who formed it after researching the medicinal benefits of marijuana while their grandmother battled ALS, or Lou Gehrig's disease. It's one of the original five medical cannabis licensees in the state, and one of 10 approved cannabis operators for the new adult-use program. The seven-year-old company – which was acquired by RIV in March  – already operates one cultivation and manufacturing facility in Chestertown and four retail dispensaries in Manhattan, Yonkers, Kingston and Syracuse. It's currently expanding its production facility from 12,000 square feet to 56,000 square feet, according to Zephyr's application.

The state will be converting medicinal licenses to recreational or adult-use. With the new license, Etain expects to be allowed to open four additional dispensaries, and applied in June to the Office of Cannabis Management to add Buffalo to its existing license, Zephyr said.

The agreement advances the plans by Zephyr CEO Brad Termini to create a "high-tech cannabis campus" on 72.4 acres of vacant brownfield land, in the business park that is owned by the Buffalo Urban Development Corp. That property – eight parcels – is under contract to be acquired by Zephyr for $1.9 million, with a closing expected imminently on the first phase, pending ECIDA and other approvals. Plans ultimately call for the land – which was adjacent to a former steel mill and is polluted with slag fill materials, petroleum and metals – to be remediated through the state's Brownfield Cleanup Program, and then redeveloped into more than 1.375 million square feet of growing and production space.

Initially, the project would start with the $425,000 purchase of 10.8 acres of unimproved land at 310 Ship Canal Parkway – of which only 5.3 acres can be used. That would be followed by construction of a 75,040-square-foot facility for cultivation and manufacturing, with two one-story steel-framed buildings and 72 surface parking spaces. However, "the long-term plan is to continue expansion at the site as the New York state market matures over time," Zephyr wrote in its application, citing a target of 211,000 square feet with three buildings.

The total cost of the first phase is $27.8 million, and is expected to produce 20 new full-time jobs and 34 part-time positions within two years, paying salaries of $30,000 to $150,000. Zephyr is asking the ECIDA for $1.09 million in sales tax breaks, $120,000 in mortgage-recording tax relief, and a non-standard payment-in-lieu-of-tax arrangement on the property. Under the terms of the special 15-year agreement, Zephyr would pay 20% of regular property taxes for each of the first two years, 30% for the next two years, 40% annually for the next five, and then 50% annually for the last five.