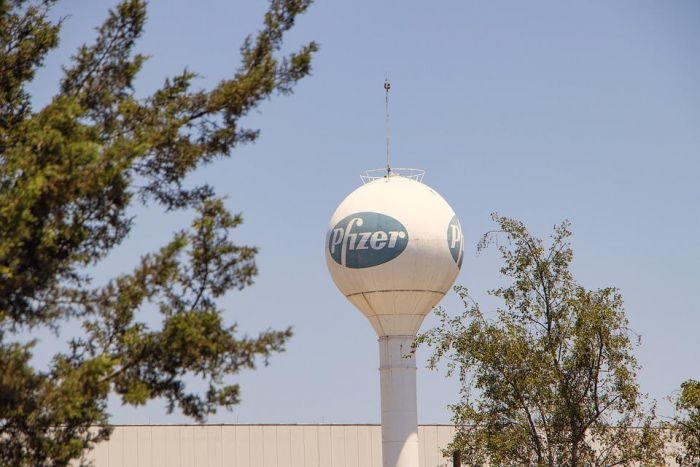 “We require many of the same types of machinery and outfitting — strong security systems, clean rooms, testing facilities, laboratories."

Vireo Health International, Inc. leased a former Pfizer site in Barceloneta, Puerto Rico to set up cannabis cultivation and processing operations several years back, seemingly one of the earlier weed companies to recognize it’s not always necessary to reinvent the wheel.

Per Fierce Pharma, a Pfizer spokesperson reported the company had earlier sold a site in Cruce Dávila to another company, while a Vireo Health official suggested pharma facilities are solid options for cannabis operations.

“We require many of the same types of machinery and outfitting — strong security systems, clean rooms, testing facilities, laboratories,” the spokesperson is quoted as noting in an email to Fierce Pharma.

RTM Engineering Consultants notes that for grow and cultivation facilities, for example, there are strict requirements for temperature and humidity, as well as filtration systems to prevent the release of dust or odours.

Vireo Health International has a physician-led team of 300-plus employees that “cultivates cannabis in environmentally friendly greenhouses, manufactures pharmaceutical-grade cannabis extracts and sells its products at both company-owned and third-party dispensaries.”

In a press release, Vireo Health reported it is always seeking unique opportunities to drive its science-focused approach into larger markets.  Beyond leasing the 40,000 square-foot, former Pfizer facility, the company noted it planned to launch six “Green Goods” dispensaries throughout Puerto Rico in Arecibo, Bayamón, Caguas, Guaynabo, Guayama and Hormigueros.

Among other things, the country’s Medicinal Cannabis Act “allows the use of medical cannabis per a doctor’s recommendation for duly authorized individuals suffering from a serious health condition,” according to J.D. Supra. These conditions include diagnosed Alzheimer’s disease, arthritis, depression, epilepsy, fibromyalgia, glaucoma, migraine, anxiety disorders, post-traumatic stress disorder and AIDS, per Americans for Safe Access.

That said, recreational cannabis remains illegal, with possession or distribution of any amount of the drug treated as a felony punishable by hefty prison terms and fines, notes the National Organization for the Reform of Marijuana Laws.

High Times reports that a pro-cannabis trade group in the country has released an analysis that suggests the industry would take five years to mature and “would take a trajectory seen in the development of the casino vertical.”

Vireo Health is hardly the first company to transform a space that formerly had nothing to do with weed become one that has everything to do with cannabis. And while the leap from pharma to pot may not seem like that much of a stretch, other former facilities becoming weed operations likely raised a few eyebrows.

Perhaps chief among these is part of a former U.S. prison in California that is now “growing the very product that led some prisoners to be locked up there,” NBC News reported this past March. Where once there were vegetables, these have given way to weed plants.

During the spring of 2021, Evergrow LLC reportedly offered $615,000 for the former, graffiti-covered Flint Police Training Academy in the Michigan community. A structure fallen into disrepair apparently wasn’t enough to scrap visions of a commercial cannabis-growing operation.

And a former Central Intelligence Agency office in Michigan was converted into a retail pot shop last summer. Although JARS Cannabis reportedly held a medical licence for the Ann Arbour shop, it planned to add adult-use products to the mix.

But it’s not only former policing and corrections facilities that have attracted the attention of cannabis businesses.

In July 2021, a former Weetabix factory could have been named Weedabix factory for laughs after a cannabis business showed interest in turning the building into a giant cannabis farm. The former snack and cereal manufacturing plant in Clinton, Mass. was reportedly already home to existing weed businesses.

And in early 2021, plans were under way to transform a portion of the former PPG Canada plant in Owen Sound, Ont., which made glass and glass products, into a micro-cultivation facility to grow “craft” cannabis.

In 2020, the National Association of Realtor released a study indicating that investors were in a frenzy to buy retail spaces and warehouses in U.S. states where cannabis is legal for medical and/or adult consumption.

A few months earlier, in the fall of 2019, commercial real estate brokerage Vancouver Business Brokers announced its intent to capitalize on the ever-increasing popularity of cannabis.

Of course, some people can get burned in a hot market when cannabis and real estate are shown not to be a happy (or legal) pairing.