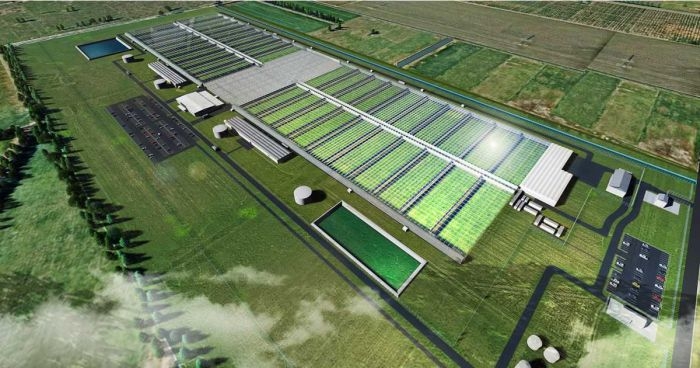 Australia’s Cannatrek says it will be able to accelerate construction of its medical cannabis facility near Shepparton in Victoria after securing debt funding.

Cannatrek secured planning permission for the facility in 2019 and the following year the project was awarded Major Project Status from the Federal Government. Construction was to kick off in 2020, but then COVID happened.  It wasn’t until around March this year construction was finally able to commence.

Then in April, Victoria’s State Government announced funding for the facility from its Regional Jobs Fund.

Early this month, Cannatrek announce  the Commonwealth Bank of Australia (CBA) has provided the company an approved debt facility – which is a vote of confidence in the project and the company.

“To have a Tier 1 bank in the CBA supporting our projects in Shepparton is a tremendously positive sign of growth for our industry and the general health sector,” said Cannatrek CFO Brett Schwarz.

“It should give the Australian public confidence we are moving forward with a growth strategy to boost our local economy and deliver quality of life therapies to many Australians.”

The first phase of the new facility involves a 1.5-hectare outdoor grow area, which will have the capacity to produce between 5 and 10 tonnes of dried flower per annum. More than 70 local jobs will be created during this phase. When the facility is fully operational, it has the  potential to expand to a 16-hectare glasshouse incorporating an indoor grow and post-harvest facility.

It’s expected up to 400 local jobs will be created upon completion.

Cannatrek was founded in 2015 and was awarded Australia’s second cannabis research licence. With the further licences that followed, the company manages the entire product lifecycle, from growth and processing to distribution and sales.

Cannatrek’s  current output is between three to five tonnes per year from its 16,000 square metre facility in Brisbane, where cannabis is grown pesticide-free.

“Our integrated pest management strategy brings in good bugs – like ladybugs – to prevent damage by harmful insects,” states the company.

Cannatrek says it is determined to be the lowest cost supplier of medicinal cannabis in Australia.