Researchers are feeding chickens cannabis instead of antibiotics 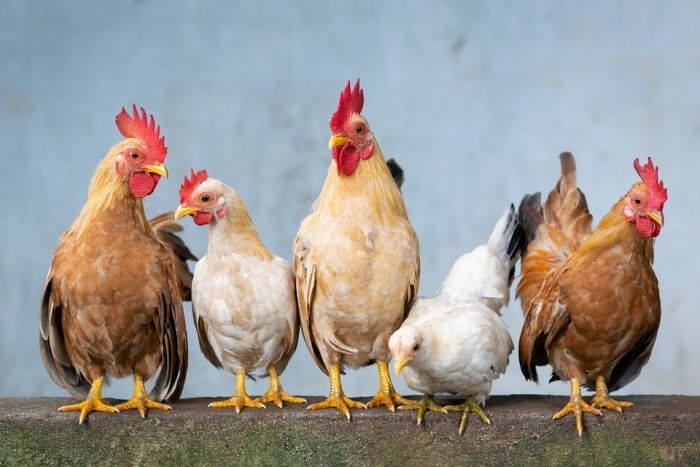 An organic farm in northern Thailand has been feeding chickens cannabis for over a year now in a bid to keep the birds off antibiotics, Business Insider reported. The method seems to be working so far.

Excessive usage of antibiotics is a problem that has plagued the poultry industry for many decades. Estimates suggest that 70 percent of the antibiotics approved by the Food and Drug Administration (FDA) for poultry are already in use on farms today. This disproportionate use of antibiotics has given rise to antibiotic resistance that not only affects the birds but also has an impact on humans.

Awareness about antibiotic usage has pushed up demand for organically grown poultry, but there is also a need to identify ways to keep the birds disease-free while ensuring that they deliver high yields. While research in the field has been focusing on probiotics, immunostimulants, nanoparticles, and plant-based growth promoters, a team of researchers may have found a simple and effective solution in cannabis.

In January 2021, researchers at the Department of Aquatic and Animal Sciences at Chiang Mai University began a unique experiment of using cannabis instead of antibiotics in the feed used on a farm. Crushed cannabis is added to the feed and water that the birds consume, while antibiotics and medicines used in conventional poultry rearing have been withdrawn.

However, the researchers do not know exactly why the mortality rates in cannabis-fed birds are similar to those in antibiotic-fed birds during a regular season. Fewer than 10 percent of the 1,000 birds have died due to a disease, which is comparable to antibiotic-fed poultry.

Chompunut Lumsangkul, an assistant professor at the Department, told Insider that it is likely that cannabis contains bioactive compounds, i.e., substances that promote better metabolic activity in the birds, boosting their immune systems. However, the researchers haven't tested the survival of the birds against a disease like bird flu or other severe diseases that the birds fall prey to.

The antibiotic-free tag of these birds has also been fetching a better price for the farmers. Lumsangkul said that Thai consumers are aware of the increasing demand for chickens and how farmers are using antibiotics to meet it. Some customers, however, are looking for a safe product and are paying twice the rate of a regular chicken since it is antibiotic-free. The chicken meat, dubbed "GanjaChicken" is reportedly tender and tastes better.

Can you get high if you eat GanjaChicken?

The Thai government only recently legalized the sale of cannabis products and has set the limit of tetrahydrocannabinol (THC), the active ingredient that gives cannabis users a high at 0.2 percent.

During the course of their research, the team fed the chickens as much as 0.4 percent of THC to see the impact. The birds showed normal behavior, even though the researchers did not rule out that the chickens were feeling high, Insider reported.

With regards to the question, if one can get high by eating GanjaChicken, the answer is no. The THC is metabolized in the chicken's body before it is slaughtered, so even if you were to consume its meat, there are no traces of THC left that your body can process.

The research is still in a pilot stage, and we are far away from feeding poultry cannabis to keep them healthy and strong.