We need to reduce barriers to starting a cannabis business 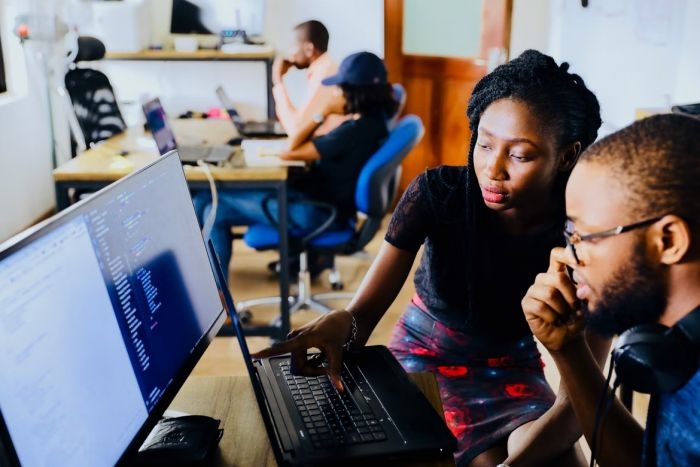 “Our goal is to help others get into the business as well. If we can help others avoid the pitfalls, we would gladly do it.”

On November 8, 2016, the people of Massachusetts voted to legalize recreational cannabis. There were numerous arguments in favor of legalizing cannabis, including the benefits of millions of dollars of tax revenue. But the spirit of ratifying Question 4 was deeply rooted in dismantling the fundamentally racist War on Drugs. Data published by the ACLU around the time of the ballot referendum shows just how deep the systemic inequities were: In Massachusetts, Black people were nearly three times more likely than white people to be arrested for marijuana possession. And to add insult to injury, even though possession of an ounce or less of marijuana was decriminalized in 2008, Massachusetts still saw over 600 arrests annually for marijuana possession.

Six years have gone by since the people of Massachusetts made that vote, and new cannabis shops are popping up across the Commonwealth. As cities and towns continue to put out rules and regulations for the legalized sale of cannabis, we have to start asking ourselves: Do the laws we are putting in place reflect the spirit in which Question 4 was ratified? Based on the conversations we have had with established dispensary owners and prospective entrepreneurs, it’s clear that it does not. In fact, in many cases, we are recreating barriers to entry in the legalized cannabis market that make it easier to simply keep selling cannabis illegally. However, there are local and state solutions to remedy this problem.

A major barrier to entry for prospective cannabis entrepreneurs is the amount of red tape business owners need to cut through just to set up shop. Mass Greenwoods, a dispensary in Allston, walked us through the process of opening up a dispensary. They spoke to no fewer than six different city departments and agencies, including: The Boston Cannabis Board, the Zoning Board of Appeals, the Boston Planning and Development Agency, the Inspectional Services Department, the Office of Neighborhood Services, and the City Council. Applicants looking to receive approval from the city need to secure a retail location and begin paying rent on that location before they can set up shop. With the cost of commercial rental spaces on the rise, this means entrepreneurs could be spending hundreds of thousands of dollars on rent before they can even open their doors.

Mass Greenwoods also paid to retain legal counsel, a pricey albeit necessary measure for prospective entrepreneurs looking to appear before the zoning board or any other licensing authorities. In addition to this, Mass Greenwoods had to pay for an architect to draw up plans for their proposed space, print over $1000 in mailers for community listening forums, and pay for security, compliance, and insurance. All together, the folks at Mass Greenwoods estimate that they have spent roughly $200,000 on this project, and they haven’t even been able to open their doors. And they were lucky enough to personally know architects and attorneys who could give them a better rate. Most people in the legacy market aren’t so lucky.

“There is no out for me right now because the Boston Cannabis Board does not permit the resale of licenses,” says Eric Lawrence, co-founder of Mass Greenwoods.

“I have a 10-year lease. I’ve put my life savings into this.” While Mass Greenwoods is on track to open their doors sometime in the near future, most entrepreneurs simply do not have the resources to pay this high of a price up front.”

Zakiya Alake, a cannabis advocate who hoped to own her own dispensary, says her dreams of setting up shop were shut down before she could even begin.

“I took my eyes off the prize,” she told our office.

“I would most likely have to approach hundreds of venture capitalists before I could even get my foot in the door. Our cannabis economy needs something similar to the city’s new Retail Residential Kitchen program to support micro-enterprises such as mine and many others to enter the legal, regulated market.”

The fact of the matter is that the same people who were over-criminalized for the possession of cannabis are, in many cases, not the same people who are setting up shop across our city. They don’t have access to a directory of venture capitalists. They don’t have architects or lawyers they can call. In most cases, they do not have hundreds of thousands of dollars that they can risk before they could even hope of making a profit. And they most certainly do not have the resources to go up against the established medical market, an industry which was established before any equity requirements were put in place. With all of these barriers in place, it’s no wonder that most of the legacy market has refused to venture into the legal cannabis business.

It’s clear then that we need to be doing more to reduce the barriers to entry for communities that have been over-criminalized for selling cannabis. In May, our office filed an Order for a hearing on Diversifying Cannabis Business Models. The goal of the hearing is to identify ways in which we can allow for more members of the legacy market to play a role in the legalized cannabis space. This could include eliminating red tape in the city government, creating new spaces to sell cannabis such as farmer’s markets, or even making it possible to prepare edibles or tinctures at a community cultivation center. We know that we need to do better to uphold the spirit of Question 4, and we have the tools and resources to get it done.

In the meantime, equity applicants across the city are working to lead by example.

“Our goal is to help others get into the business as well,” Eric Lawrence told our office.

“If we can help others avoid the pitfalls, we would gladly do it.”

But as generous as this spirit is, it should not fall upon equity dispensary owners to fight to make the business more accessible for other entrepreneurs. The city, state, and all relevant departments and agencies need to collaborate together to ensure that we are respecting the spirit in which Question 4 was ratified.