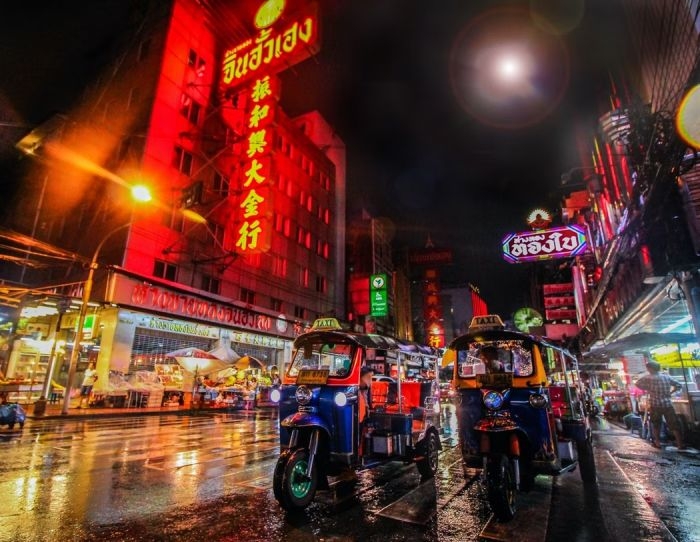 Thailand on Thursday became the first country in Asia to decriminalize cannabis -- but tough penalties will still apply to those who use the drug to get high, according to the minister who spearheaded the change.

Speaking to CNN in an interview ahead of the move, Thai Health Minister Anutin Charnvirakul said he expected legal cannabis production to boost the economy but cautioned that recreational use of the drug remains illegal.
"It's a no," said Anutin, who is also a deputy prime minister.
"We still have regulations under the law that control the consumption, smoking or use of cannabis products in non-productive ways."
Under decriminalization, it is no longer a crime to grow and trade marijuana and hemp products, or use parts of the plant to treat illnesses. Cafes and restaurants can also serve cannabis-infused food and drinks -- but only if the products contain less than 0.2% tetrahydrocannabinol (THC), the plant's main psychoactive compound.
Harsh penalties remain in place under the Public Health Act, including up to three months in jail and an $800 fine for smoking cannabis in public.
"We [have always] emphasized using cannabis extractions and raw materials for medical purposes and for health," Anutin said.
"There has never once been a moment that we would think about advocating people to use cannabis in terms of recreation -- or use it in a way that it could irritate others."
In particular, the minister had a stern warning for foreign tourists thinking of lighting up a joint in public.
"Thailand will promote cannabis policies for medical purposes. If [tourists] come for medical treatment or come for health-related products then it's not an issue but if you think that you want to come to Thailand just because you heard that cannabis or marijuana is legal ... [or] come to Thailand to smoke joints freely, that's wrong.
"Don't come. We won't welcome you if you just come to this country for that purpose."
Anutin, a former tycoon, also said he hopes the Thai cannabis industry will generate billions of dollars in income by boosting agriculture.
"We expect the value of [the cannabis] industry to easily exceed $2 billion dollars," he said, highlighting recent incentives such as collaborating with the Agriculture Ministry to distribute 1 million free cannabis plants to households across the country.
"Thailand, from what I was told, is one of the best places to grow cannabis plants," Anutin said.
"I think Thai people are excited and eager to be players -- either as investors or product makers as well as consumers. With today's technology and marketing strategies, Thailand will be second to none in being able to promote [cannabis] products in the global market."

Thursday is a historic day in the relaxation of Thailand's cannabis laws, and follows the country's landmark decision in 2018 to allow the use of medical marijuana.
Since then, under Anutin's direction, the laws around cannabis have been further loosened, with the removal of cannabis buds and flowers from the country's list of banned narcotics.
People drink tea containing cannabis leaves at the "Ganja and Thai Traditional Medicine in the City" trade fair in Bangkok in 2021.
More than 3,000 inmates serving prison terms for cannabis and hemp-related drug offenses will be released on Thursday following announcements from Anutin's Public Health Ministry.
And huge festivities are planned this weekend. One event organized by Highland Legalization, a Thai marijuana advocacy group, will see two days of musical performances, panel discussions and cannabis food sales.
Still, even with the liberalized law, a touch of paranoia may remain for some. Activists have long complained that loopholes in the law send conflicting messages.
Just weeks ago, a 56-year-old woman was arrested at her home in eastern Chonburi province after plainclothes police officers spotted a potted cannabis plant in her bedroom.
Her husband later clarified that she had high blood pressure and diabetes and they had been cultivating the plant to add to their food.
Commenting on the case, Anutin said the four officers involved had been disciplined.
"They were given warnings and suspended. They did not obey the law we have just established," Anutin said.
"However, we need to [educate] ordinary people and the law enforcers and let them know how far they can go in terms of using cannabis content ... within the legal framework. This is what we have been trying to do, to give as much information as we can to educate people."
Kitty Chopaka, a Bangkok-based cannabis entrepreneur who has pushed for legalization for years, welcomed the relaxation.
"The key point of advocating for cannabis legalization is to promote safe and responsible use. [The fact is] cannabis will now be as legal as garlic, there's no rule or laws imposed to control it," Chopaka said.
Even so, noting the recent arrests, she advocates a cautious approach.
"[Going forward], it's probably best to use cannabis in a private space away from people," Chopaka said.
"We don't want to see people [still going] to jail."
Region: Thailand