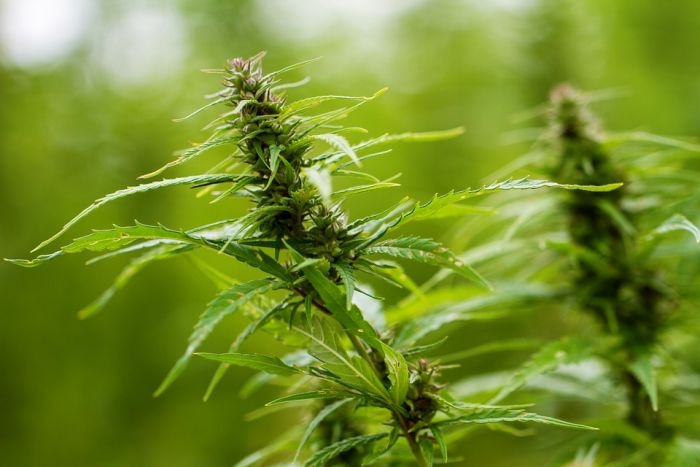 The new name, now seen on dispensaries in Sioux City and Windsor Heights, reflects shift to recreational pot allowed in other states

Iowa’s first medical marijuana manufacturer and distributor is changing its name, planning a $10 million expansion in Iowa and moving into other states.

MedPharm Iowa will become Bud & Mary’s Cannabis Co., reflecting a shift in the company’s focus from just medical marijuana allowed in Iowa to recreational pot products legal in other states.

“Bud & Mary's deep roots in plant science guides their pharmaceutical approach to producing cannabis products that medical patients can rely on and lifestyle customer can enjoy,” according to a news release late Wednesday.

MedPharm, based in Des Moines, was licensed to grow and produce medical marijuana products in Iowa in 2017. The company is owned by Chris Nelson, president and chief executive officer of ingredient company Kemin Industries, global nutritional ingredient company.

Nelson told The Gazette in December 2017 that he expected to lose money at first, but wanted to be in on the ground floor of what was then expected to be a more than $40 million market by 2025.

Bud & Mary’s will break ground next week on a $10 million expansion of the Des Moines manufacturing facility to “allow for a 3x increase in cannabis production for the Iowa program in order to meet increasing patient needs.”

The expansion, to be complete early next year, would add at least 20 new jobs, the company said.

Those sites — as well as the company’s dispensaries in Sioux City and Windsor Heights — are now branded as Bud & Mary’s.

The company will continue to make and sell the same products in Iowa, including Batch cannabis vapes, which, since their release in March, “are on track to be Iowa’s most popular medical cannabis product in 2022,” the news release states.

The Batch vapes also were the most popular brand in their category in Colorado for 2020 and 2021, the company said.

Although Iowa only allows medical marijuana use, the number of patients has “increased significantly in 2022” because patients now can get a registration card quickly “using online doctors” who certify they have one of the allowed medical conditions, which include chronic pain, the company reported.

When Iowa expanded the medical marijuana program in 2020, the state replaced a 3 percent cap on tetrahydrocannabinol, or THC, with a cap of 4.5 grams per patient every 90 days.

This change made it legal for companies like Bud & Mary’s to tell 85 percent THC vapes, the company said.

Iowa Cannabis also was granted a license to open a manufacturing facility in Iowa City, but the company has been seeking an extension on its deadline to become operational, the Iowa Department of Public Health told The Gazette in April.