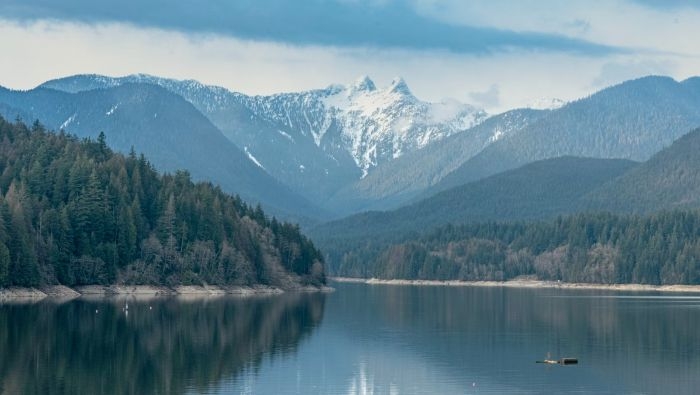 Canadian officials announced on Wednesday that a plan to decriminalize small amounts of drugs in British Columbia has been approved for a three-year test period.

British Columbia will decriminalize personal possession of small amounts of drugs for three years in an attempt to address the province’s crisis of overdose deaths. The Canadian federal government announced on Wednesday that it had approved a request from provincial officials to enact the plan, which will decriminalize possession of street drugs including heroin, fentanyl, cocaine, and methamphetamine.

“Eliminating criminal penalties for those carrying small amounts of illicit drugs for personal use will reduce stigma and harm and provide another tool for British Columbia to end the overdose crisis,” federal Minister of Mental Health and Addictions Carolyn Bennett said in a statement quoted by Reuters.

In November, British Columbia officials requested an exemption from enforcing the federal Controlled Drugs and Substances Act for a period of three years. Under the plan, personal possession of up to a cumulative total of 2.5 grams of opioids, cocaine, methamphetamine, and MDMA will not result in an arrest, citation, or confiscation of the drugs. The limited drug decriminalization plan, however, will not apply at airports, schools and to members of the Canadian military.

“This is not legalization,” Bennett told reporters at a news conference in Vancouver.

“We have not taken this decision lightly.”

Under the plan, possession of larger quantities of the drugs and the sale or trafficking will remain illegal. The limited decriminalization test program will begin on January 31, 2023, and continue until January 31, 2026.

British Columbia, which has been especially hard hit by the nationwide opioid crisis, declared a public health crisis in 2016 due to the spike in overdose deaths. The number of deaths has continued to climb since then, with a record 2,236 fatal overdoses reported last year in the province. According to provincial officials, drug overdoses are the leading cause of death among people aged 19 to 39.

Public officials hope that the decriminalization test plan will help reduce the stigma surrounding drug use and addiction and make it easier for people with substance misuse disorders to seek treatment.

“Substance use is a public health issue, not a criminal one,” said British Columbia’s Minister of Mental Health and Addictions Sheila Malcolmson, adding that the exemption will help the officials address substance abuse issues in the province.

In the request to the federal government, British Columbia officials wrote that criminalizing drug use disproportionately impacts marginalized communities and fails to treat substance use disorders as a health issue. Federal drug policies, the province wrote, are failing their goals and making drug overdoses more likely.

“Criminalization and stigma lead many to hide their use from family and friends and to avoid seeking treatment, thereby creating situations where the risk of drug poisoning death is elevated,” provincial officials wrote in the request for the exemption.

The 2.5-gram limit set by the federal government is smaller than the maximum of 4.5 grams requested by British Columbia officials. In the request for the exemption submitted to Health Canada, the province wrote that limits that are too low have been ineffective and “diminish progress” on the goals of drug decriminalization.

“The evidence that we have across the country and [from] law enforcement … has been that 85 percent of the drugs that have been confiscated have been under 2 grams,” Bennett said to explain the lower limit, “and so we are moving with that.”

Public health advocates, local and provincial government officials and even some chiefs of police have asked Canadian Prime Minister Justin Trudeau to decriminalize possession of small quantities of drugs for personal use. In 2018, Canada legalized cannabis nationwide, a drug policy change that was supported by Trudeau.

Vancouver Mayor Kennedy Stewart is among the public officials who have championed efforts to decriminalize drugs. Each Monday, he gets an email reporting the number of drug overdoses and resulting deaths in the city. One week, the death of one of his family members was included in the report’s grim statistics. On Monday, the mayor learned that the decriminalization plan for British Columbia had been approved.

“It marks a fundamental rethinking of drug policy that favors health care over handcuffs,” Stewart added.

Bennet said that British Columbia’s plan to decriminalize personal possession of small amounts of drugs will be monitored as it progresses. If it succeeds, it could be a model for drug policy change nationwide.

“This time-limited exemption is the first of its kind in Canada,” she said.

“Real-time adjustments will be made upon receiving analysis of any data that indicates a need to change.”