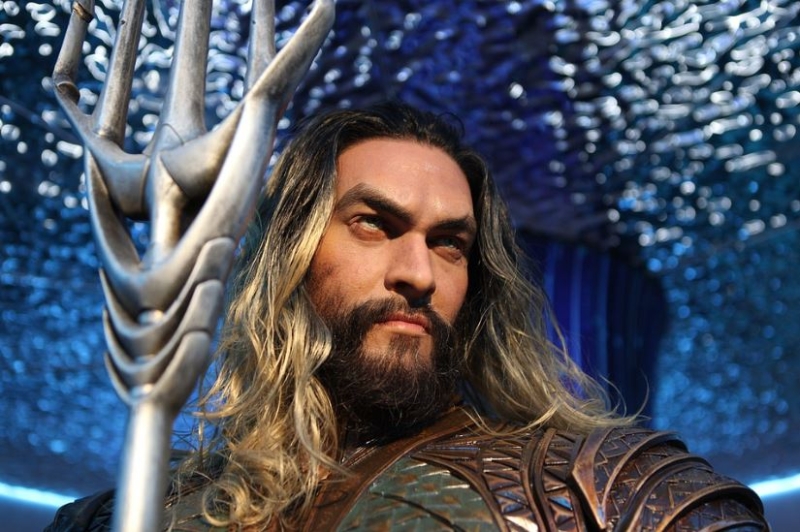 Olympian Michael Phelps not only has the seemingly supernatural lung power to launch him to a record 23 gold medals in the pool, but he’s also able to inhale a big enough cannabis toke that Wiz Khalifa calls the athlete a real-world Aquaman.

In a Twitter clip posted this past weekend, the rapper — no slouch himself when it comes to weed — shared during Spotify’s The RapCaviar Podcast how he had smoked with Phelps.

Relaying how chill the swimmer was and how much he liked the cannabis, indeed commenting that he felt like he was floating, Khalifa said: “That dude’s got, like, Aquaman’s lungs, bro…. He’s like smoking a joint in like two puffs.”

Of course, make-believe Aquaman has an advantage even over Phelps. His latest incarnation can breathe both air and water, according to Screen Rant.

The podcast was hardly the first time Phelps and pot have been in the spotlight. Mere months after winning a record eight gold medals at the 2008 Beijing Olympics, Complex notes his love of bud set social media ablaze after he was seen hitting a bong while partying at the University of South Carolina.

In a statement at the time, Phelps apologized. “I acted in a youthful and inappropriate way,” adding that he “engaged in behaviour which was regrettable and demonstrated bad judgment,” per CNN.

Additionally, the U.S. Olympic Committee noted in its own statement that it was “disappointed in the behavior recently exhibited by Michael Phelps.”

After the clip went viral, the New York Times reported that the Olympic swimming sensation lost a major sponsorship deal, Kellogg, and was suspended from competition for three months.

As for Wiz Khalifa, per an article by HipHopDX last week, he is ready to be an Olympic competitor, albeit in a far different category. Earlier this year, Styles P proposed a “Smokers Olympics,” calling on the likes of Snoop Dogg, Wiz, Curren$y, Method Man, Redman, Cypress Hill’s B-Real, Smoke DZA and Berner to put their lungs of steel to the test, the publication reported.