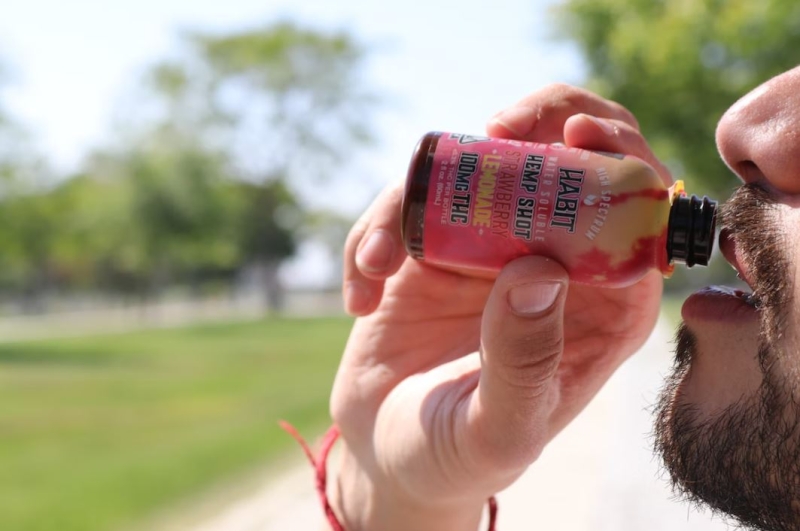 Among the smallest of cannabis product niches are infused beverages, a sector that garners just over 1% of the entire U.S. marijuana market as the sixth most popular product category, compared to flower, which holds the lion’s share of consumer loyalty with over 40% of product sales and is easily the most popular category.

At the same time, the infused beverage market is one of the fastest-growing sub-categories of marijuana products, Seattle-based data firm Headset found in a new industry report that highlighted “triple-digit year over year growth” in Michigan, one of the newest U.S. recreational markets.

“Beverages have the potential to attract new consumer groups who may not tend to purchase the traditional inhalable product categories. There is a lot of opportunity in cannabis beverages, especially during a time when people are drinking less alcohol, particularly in the U.S.,” Headset reported. “Keep an eye on the category as it continues to grow.”

The report cited industry data from both Canada and several U.S. state markets, which found an ongoing boom in cannabis beverage brands and products, but decidedly mixed results when it came to sales since early last year.

“Since January 2021, the Canadian market has seen a 300% increase in brands. Beverage brands grew 65% in the US over the same time period,” the report found. “This flood of new brands and products into the market could be exceeding demand and contributing to price compression within the category.”

Headset found that infused drinks sales grew by a whopping 272% year-over-year in Michigan for the first 10 months of 2022, and also grew by double digits in Massachusetts, Washington state, California, and a number of Canadian provinces including Ontario, British Columbia, and Saskatchewan.

But cannabis beverage sales also dropped during the same timeframe in other markets, including Nevada, Maryland, Colorado, and Oregon, with the biggest drop coming in Nevada, with a year-over-year decline of 21% in sales for the first 10 months of the year. Beverage sales were about flat in Arizona and Illinois, the report found.

The number of cannabis beverage brands in the U.S. may also have hit a peak already, Headset found: In January 2021, there were 111, and that shot up to 199 in mid-2022, before dropping to 183 as of October. That’s accompanied by a steady drop in product prices,

“Consumer demand for Beverages may be slowing down in the US, which may explain the brand decline we are seeing,” Headset reported.

The report also found that consumers “seem to gravitate towards the higher dose packages in the US,” noting that “half of all beverage sales go to the 100 mg per package category, similar to what we see with edibles.”

“This is likely due to the higher value; more THC for a lower price point is hard to beat,” Headset reported.

The report was overall bullish on the beverage sector, however, and noted in its highlights that infused drinks as a niche has garnered 40% more market share in both the U.S. and Canada since January 2021.