Poland: Cannabis for everyone? 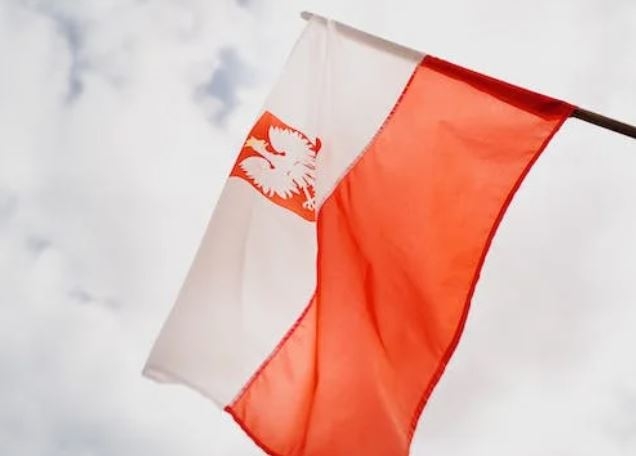 When asked where he gets his cannabis, Piotr grins and asks if DW wants the official or the unofficial version. He says he'll only tell the unofficial — that is the real — version, under a pseudonym. Hence, Piotr is not the man's real name. He says he needs to be careful: "I've waited so long to be able to smoke legally, I don't want to risk it."

Since 2000, Poland's drug laws have been some of the most restrictive in Europe. Individuals possessing marijuana — the dried bud of the hemp plant — risk arrest, prosecution, and conviction. Piotr says it is very liberating for him to now be able to buy cannabis legally.

A friend referred him to one of several clinics in Poland specialized in the use of medical marijuana. Piotr described a number of purported health problems when filling out his first online form: headaches, migraines, backache, insomnia, work-related stress. Asked if he is really ill, Piotr responds with a laugh: "Sometimes I get headaches, but I don't think they are chronic migraines."

After filling out his form, Piotr had a video appointment with a doctor who gave him a prescription for medical marijuana and explained how the drug was to be taken: With a vaporizer, at a specific temperature — so as not to release carcinogens but only properties beneficial to patient health.

Piotr listened quietly to the doctor's advice. Yet as soon as his prescription for 10 grams of medical marijuana was filled at the pharmacy, he was back home smoking it like he always had, as a way to relax. He admits that the cannabis from the pharmacy is "better than what I used to buy."

The distribution and use of cannabis for medical purposes became legal in Poland in 2017. By 2021, doctors across Poland were writing roughly 3,000 marijuana prescriptions a month.

But how many monthly prescriptions go to patients who really need medical marijuana, and how many to others faking illness in order to gain access to cannabis?

"That's hard to say," explains Andrzej Dolecki, chairman of the Free Hemp movement, one of the oldest organizations in the fight for the decriminalization and legalization of marijuana in Poland. "Rules for medical cannabis are very liberal, not because politicians designed them that way but because of their amateurism."

In Germany, there are a number of criteria one has to meet before getting a prescription for cannabis as there are in the Czech Republic. Poland, however, has neither a catalog of illnesses, nor limits concerning patient age, gram amounts prescribed, or relating to vehicle operation. "As a result, one could theoretically prescribe a half ton of cannabis to a child with a toothache — all legally," according to Dolecki.

Nevertheless, a quick internet search shows Polish doctors do indeed look at a number of factors such as psychological illness or age before prescribing medical marijuana.

Widespread cannabis use in Poland

In a 2020 poll conducted for the National Bureau for Drug Prevention, 7.8% of Poles under the age of 34 said they had consumed cannabis at least once over the past 12 months. That number could be higher considering the fact that the strict illegality of marijuana possession in Poland may make some people less likely to admit use.

Polish police data published in 2018 showed that 89% of all drug cases dealt with low-level possession. Further analysis of that data by Krzysztof Krajewski, professor of criminology at Jagiellonen University in Krakow, found that 79% of all arrests were for possession of three grams of cannabis or less. According to Dolecki, Polish judges have handed down roughly one million drug possession convictions since introducing stricter laws in 2000.

Police, it appears, are clearly not so much focused on arresting dealers or breaking-up criminal gangs but more on going after people who purchase cannabis illegally for personal consumption. If convicted, such individuals face trouble finding work or traveling abroad due to their criminal record.

The image of cannabis has actually been changing for years. Products made of natural hemp — such as oils, creams and teas — are ever more popular. These have very low levels of psychoactive THC and are rich in legal cannabidiol (CBD). They are often seen packaged in neatly designed little boxes at the pharmacy, and it has become impossible to imagine an organic goods trade fair that doesn't feature hemp products.

Possession of cannabis for personal consumption also enjoys the backing of a majority of Polish citizens. In two large nationwide polls in 2020, some 60% of citizens said they were in favor of decriminalization.

Germany as a role model for Poland?

In Poland's parliament, the Sejm, there is now a working group for the legalization of cannabis. It has drafted legislation containing changes similar to those currently being proposed in Germany. But at the moment there is little hope they will ever be passed, for not one member of the group is from the ruling national conservative Law and Justice (PiS) party.

That situation could potentially change after the 2024 parliamentary election. Legalization proponent Andrzej Dolecki  says that the most important thing is that Polish leaders understand that cannabis dependency and excessive consumption pertain to "social health" and are not "criminal" issues. As an example of how to tackle the problem, he points to the Netherlands, where tax revenue from cannabis sales is reinvested in education and prevention programs.