Cannabis could be more harmful to the lungs than tobacco, study suggests 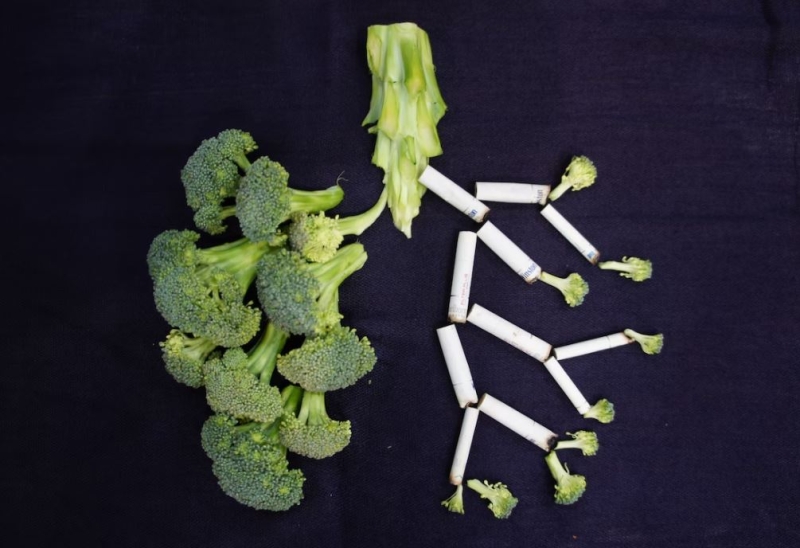 A recent study conducted by researchers from the University of Ottawa and the Ottawa Hospital suggests that smoking cannabis could be more harmful to the lungs and the respiratory tract than tobacco.

In the small-scale study, researchers evaluated chest X-ray scans of 56 cannabis smokers, 33 tobacco-only smokers, and 57 nonsmokers as control patients between October 2005 to July 2020. They compared the rates of emphysema, airway changes, gynecomastia, and coronary artery calcification between the groups.

The results revealed that regular cannabis smokers had higher rates of airway inflammation, emphysema, which is a chronic lung condition, and gynecomastia compared to regular tobacco smokers and nonsmokers.

The way you consume substances could boost the negative effects

"Marijuana smoking is on the rise, and there's a public perception that marijuana is safe, or that it's safer than (tobacco) cigarettes," Giselle Revah, a radiologist at the Ottawa Hospital, told AFP, according to a report by ScienceAlert. "But this study raises concerns that this may not be true."

Reval further added that the reason why cannabis smokers have higher rates of inflammation and disease than tobacco smokers could be related to the ways of consumption.

"Marijuana is smoked unfiltered, versus tobacco which is usually filtered. When you're smoking unfiltered marijuana, more particulates are reaching your airways, getting deposited there and irritating your airways," she said.

"People usually take bigger puffs and hold the smoke in their lungs longer for marijuana, which may lead to more trauma to those air spaces."

As a limitation of the study, researchers stated that some of the cannabis smokers also smoked tobacco, so some of the lung scans may have produced inconclusive results. Therefore, more study on the topic is necessary to acquire more reliable results.