Posted November 16, 2022 on The American Genius 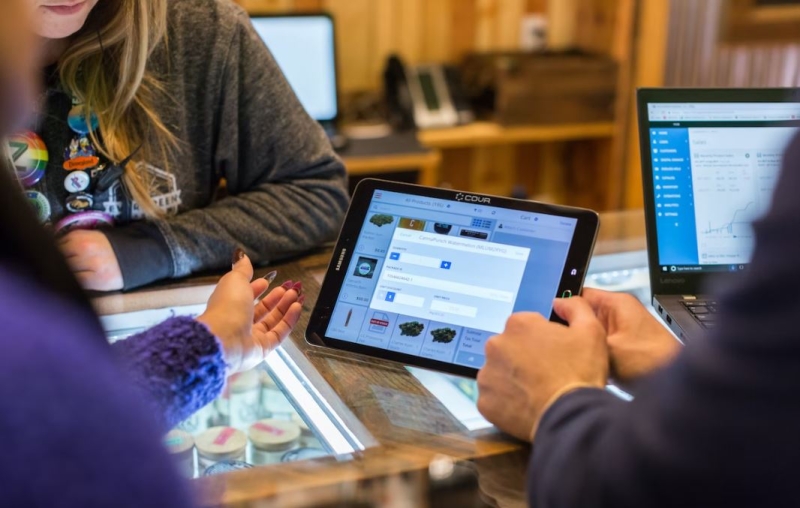 Cannabis has seen a boom, but due to its controversial nature, its not always a topic of conversation. Things are about to change.

Big changes are happening right now in the United States cannabis industry and these changes are helping to eliminate the stigma around its use and make it more accessible.

It’s no longer just states making cannabis legal. Now, there’s a bill making its way through congress to legalize it at the federal level. Although this change has yet to pass as law, the fact that it passed the house is a major accomplishment.

Within the industry, cannabis companies have been working hard to make as many changes as possible, but when it is finally federally legal, they’ll be able to make an even bigger difference.

For example, Verano – a well-known, premium cannabis brand – is one of the earliest and largest sponsors of the Mission Green initiative. This initiative was launched by Weldon Angelos, a burgeoning music producer who was arrested for selling cannabis to an informant. This was Weldon’s first legal conviction, let alone a cannabis conviction; despite this, he was convicted of 15 of the 20 charges, which required a 55-year sentence.

Angelos launched Missions Green which aims to “provide relief to those who have been negatively impacted by marijuana prohibition.” This initiative is in alignment with President Biden’s recent pardon of citizens and permanent residents charged with and convicted of simple possession of marijuana.

The initiative’s mission statement explains that “Mission Green’s cannabis clemency program is designed to secure the release of those serving prison time for cannabis-related offenses, as well as to create a pathway for pardons or expungements so that those who have been affected can move forward with their lives. The initiative also provides legal assistance, re-entry programs and additional support services for formerly incarcerated individuals without access to legal counsel.”

This kind of powerful initiative will make some even bigger headway when cannabis is finally legalized federally.

President Biden’s pardons are a start

The fact that the government has pardoned anyone for marijuana-related charges is a massive step in the right direction. This would have been unheard of just ten years ago. Although, there’s still plenty of work to be done since President Biden’s pardon doesn’t impact anyone charged with or convicted of selling marijuana. This pardon is strictly for possession only.

Given this fact, it’s understandable that people are upset. This pardon is only expected to impact roughly 10,000 people and won’t release anyone from federal prison. Still, it’s important progress, and considering how quickly cannabis was made illegal, any progress is worthwhile progress.

The Marijuana Opportunity Reinvestment and Expungement Act (known as the MORE Act) was introduced as H.R.3617 on May 28, 2021, and passed the house on April 1, 2022. This bill would make cannabis legal at the federal level by dropping marijuana from the list of scheduled substances under the Controlled Substances Act. This bill would also eliminate any criminal penalties for people who manufacture, distribute, and possess marijuana, filling in all the gaps in Biden’s recent pardon.

If passed, this bill would make some significant changes, including the following:

·  Replaces statutory references to marijuana and marihuana with cannabis

There are some seriously positive changes in the works by way of this bill. If it passes the Senate and is signed into law by the president, it will be a groundbreaking accomplishment. In the past, it’s been clear that President Biden had no interest in legalizing cannabis federally.

However, since he just pardoned those with possession charges and convictions, it’s possible that he might change his mind and sign the MORE Act into law.

Is the U.S. ready to federally legalize cannabis?

If cannabis is legalized federally, it will change the course of society. There will be fewer arrests and incarcerations, which will significantly decrease the caseload in the courts. This will give other, more pressing cases a higher priority and more speedy completion. It will also free up space in the jails to house people who have committed more serious crimes.

Legalizing cannabis federally would also help businesses that sell products by lowering their costs. Credit card companies wouldn’t have to ban their use of services, and they could potentially process orders online for pick-up or even delivery at some point in the future.

Most of all, if cannabis were legalized federally, people would have access to it from hospitals and nursing homes. Currently, medical facilities ban the use of even medical marijuana and only provide patients with pharmaceutical cannabis and only for specific conditions. Legalizing it federally would be the ultimate change for the better.